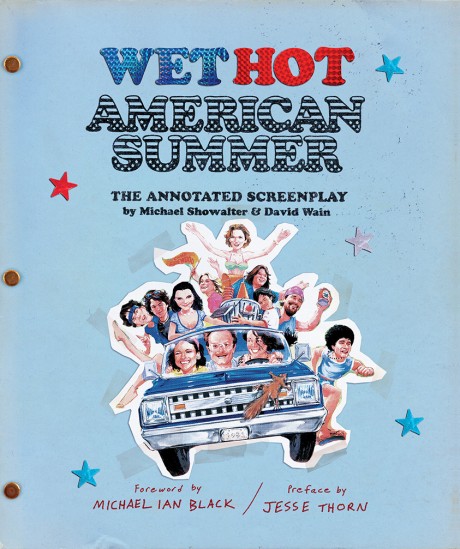 At long last, this is the definitive Wet Hot American Summer book fans have been clamoring for! Screenwriters David Wain and Michael Showalter take pen to page and create a hilarious, behind-the-scenes annotated version of the original screenplay that launched a thousand Halloween costumes. They provide commentary on and insight into how and why they made the artistic decisions they did while writing and filming the movie that went on to become a true cult classic, as well as an ongoing Netflix series. The book will also feature reproduced ephemera from filming—photos, original (and scathing) reviews, AIM chat conversations, marked up script pages, and so much more. Written and curated by Wain and Showalter, this will be the must-have guide to all things Wet Hot.

David Wain is the director and cowriter of six feature films, including Wet Hot American Summer, Role Models, Wanderlust, and They Came Together. His most recent critically acclaimed movie A Futile and Stupid Gesture tells the story of National Lampoon and its cofounder Doug Kenney. On television Wain co-created, directed, and costarred in The State, Childrens Hospital, Stella, and two Wet Hot miniseries for Netflix. He’s acted in dozens of movies and TV shows including Dog Days, Broad City, Another Period, Drunk History, Portlandia, Bob’s Burgers, and his own web series Wainy Days.