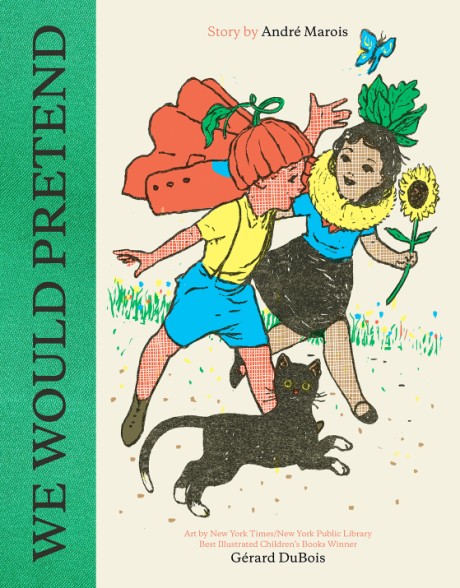 When two mischievous friends are told to go outside to play, the backyard becomes their setting for a frantic, thrilling adventure. As they role-play their way from becoming King and Queen of Pumpkins to embarking on a voyage to Mars, their vivid imaginations give them magical powers to venture forth and fight their enemies mercilessly. It's only when they’re abruptly brought back to reality that they’ll find themselves truly in danger!

Author, screenwriter, and columnist André Marois is the author of over 40 published titles, including picture books, novels for teens, and more. He is known for writing intriguing and grim stories, with a touch of caustic irony and unbridled imagination. Born in France but residing in Montréal since 1992, Marois is a recipient of the Governor General’s Literary Award, the Prix des Incorruptibles for children’s literature, and other noteworthy recognitions. Gérard DuBois studied graphic design in Paris then crossed the Atlantic to live in Montréal. Since then, he has worked as a freelance illustrator. His work has appeared in the New York Times, the Wall Street Journal, and the Washington Post, and more than 20 illustrated books. DuBois has received the Hamilton King Award, four gold medals from the Society of Illustrators, a Bologna Ragazzi Award, and the 2021 New York Times/New York Public Library Best Illustrated Children’s Book Award for On the Other Side of the Forest.