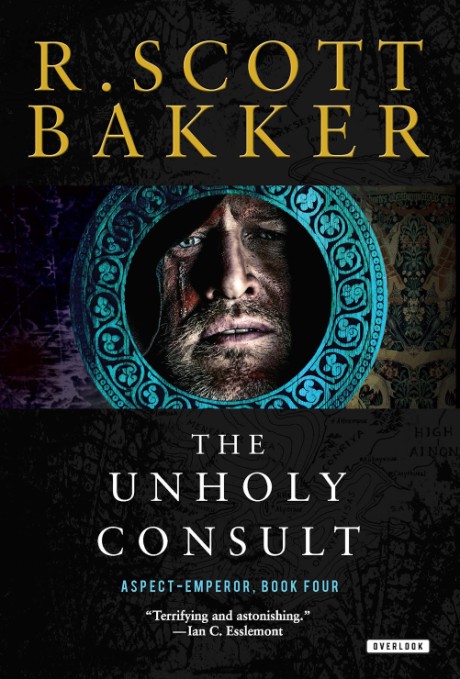 In this shattering conclusion to The Aspect-Emperor books, praised for their "sweeping epic scale and detailed historical world-building" (Grimdark Magazine), R. Scott Bakker delivers the feverishly harrowing and long-awaited finish to a story cycle that has stretched across seven books in two series.In The Unholy Consult, the Men of the Great Ordeal have been abandoned by Anasûrimbor Kellhus, and the grand crusade has devolved into cannibalism and chaos. When Exalt-General Proyas, with Prince-Imperial Kayutas at his side, attempts to gain control of the lost Men and continue their march to Golgotterath, it rapidly becomes clear that the lost Lord-and-Prophet is not so easily shaken from the mission. When Sorweel, the Believer-King of Sakarpus, and Serwa, daughter of the Aspect-Emperor, join the Great Ordeal, they discover that the shortest path is not always the most obvious, or the safest. Souls, morality, and relationships are called into question when no one can be trusted, and the price for their sins is greater than they imagined. An uncompromising portrayal of a catastrophic world of myth, war, and sorcery, the scope and creativity of the Aspect-Emperor books stand alongside George R. R. Martin's A Song of Ice and Fire. Powerful and haunting, this thrilling final installment of Bakker's groundbreaking series promises to be one of the most talked about epic fantasy books of all time.