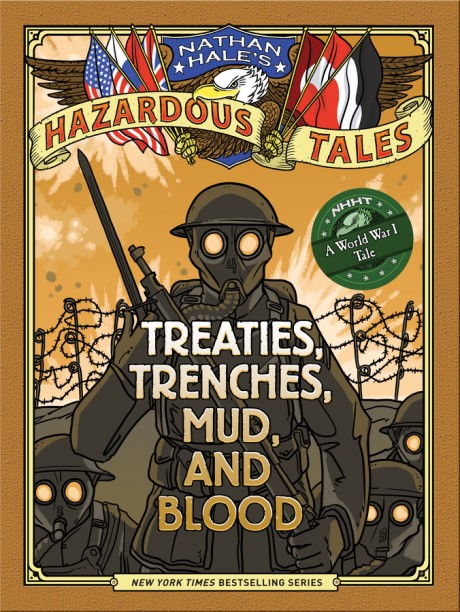 Learn about the most well-known battles (and little-known secrets) of World War I with the New York Times bestselling graphic novel series!

In 1914, the world’s biggest countries (and some of its smallest, too) were gearing up for a massive fight. Land, history, geography—each country came to war for different reasons and with different resources. But most ended up the same: sending their young men to fight for their lives in the mud, on the sea, and in the air, in a conflict that would eventually claim more than 9 million lives.

"A mixture of textbook and slapstick, this essential read makes history come alive in a way that is relevant to modern-day life and kids."
— School Library Journal

"Students bored to death by textbook descriptions of WWI battle maneuvers should be engaged by this entertaining, educational glimpse at world history."
— Booklist

Nathan Hale is the illustrator of the graphic novel Rapunzel’s Revenge, which was an Al Roker Book Club for Kids selection, an ALA notable book, and a YALSA Great Graphic Novel for Teens, as well as the recipient of three starred reviews. He is also the illustrator of the picture book The Dinosaurs’ Night Before Christmas. He lives in Provo, Utah.