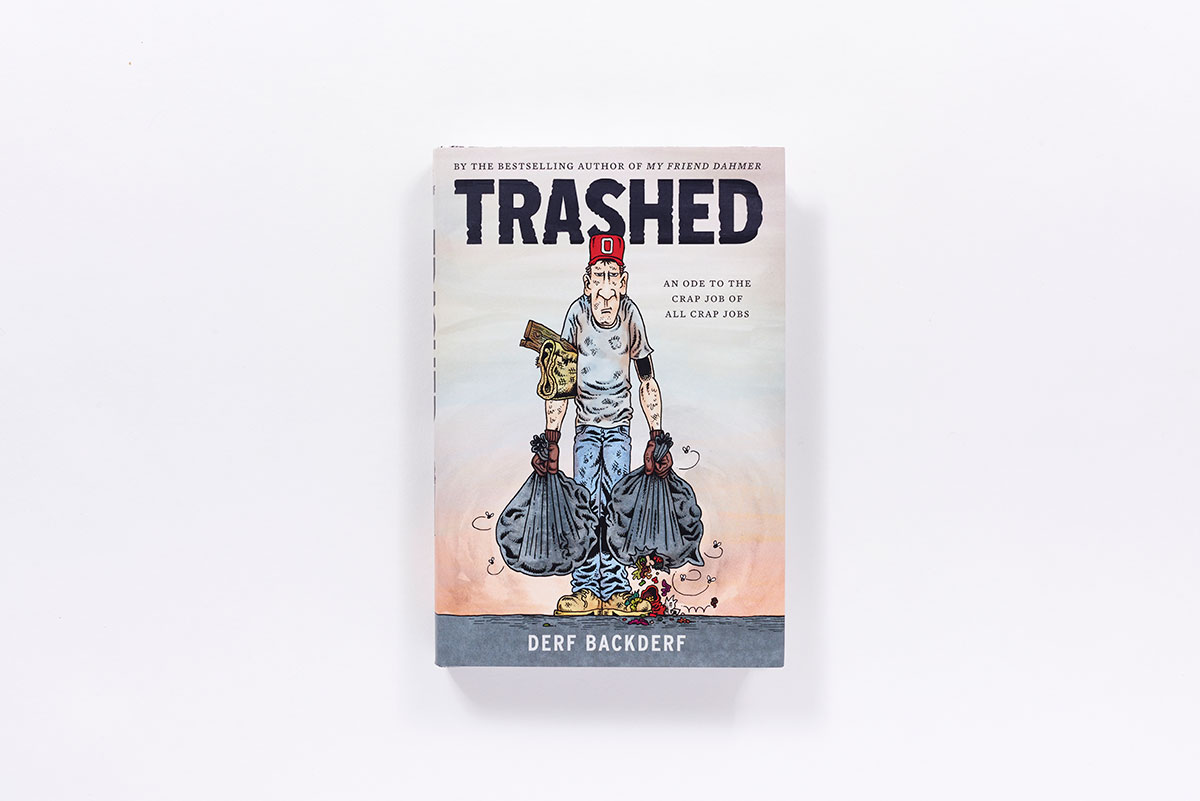 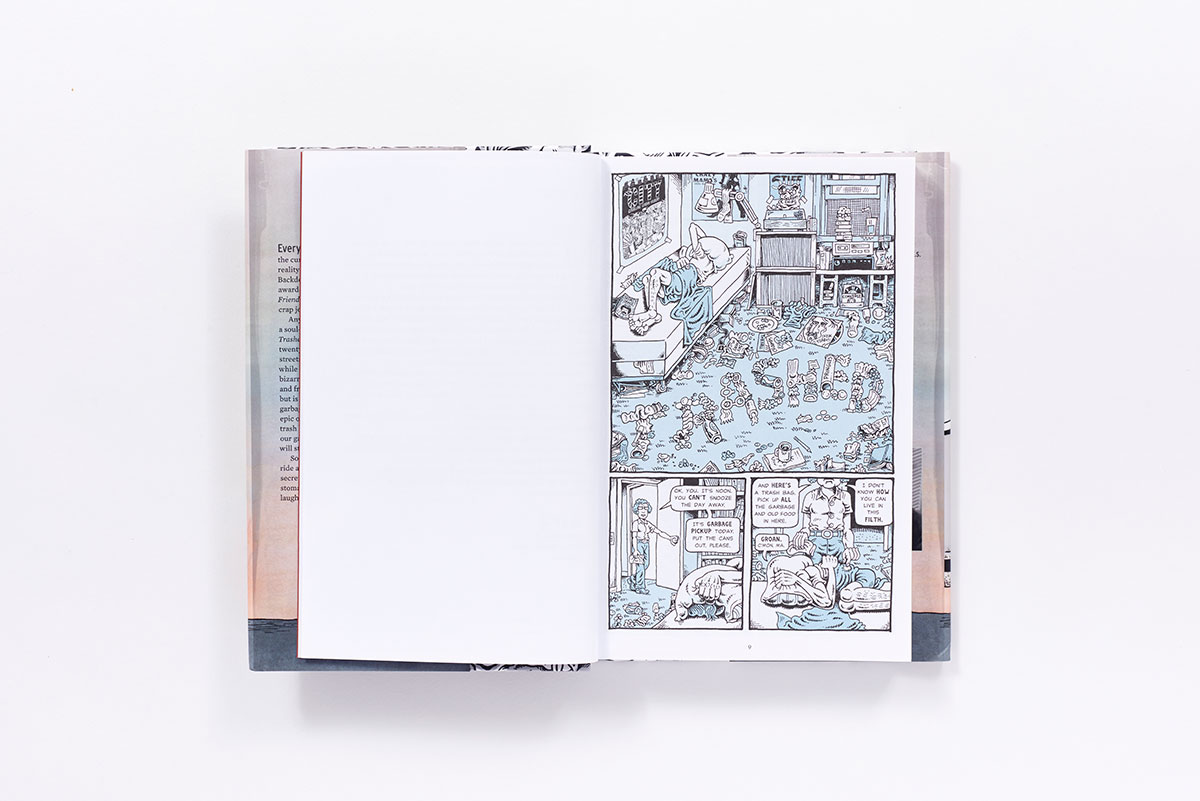 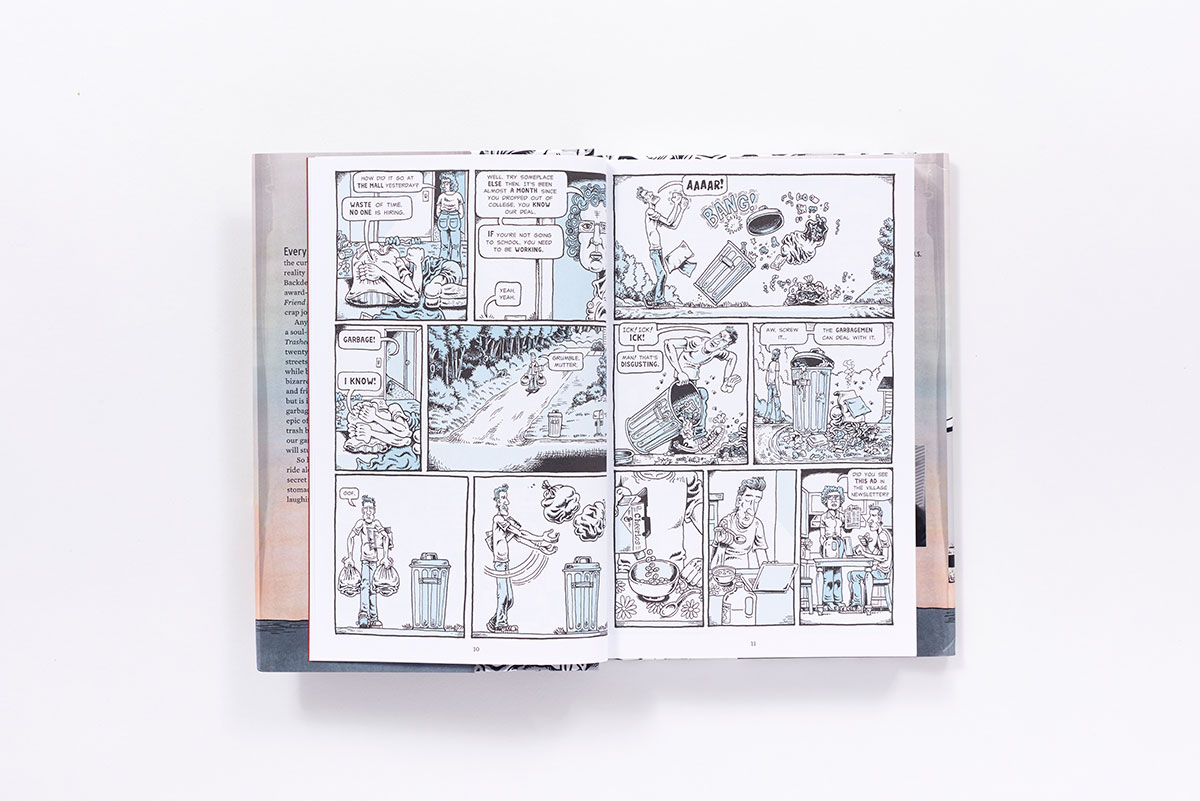 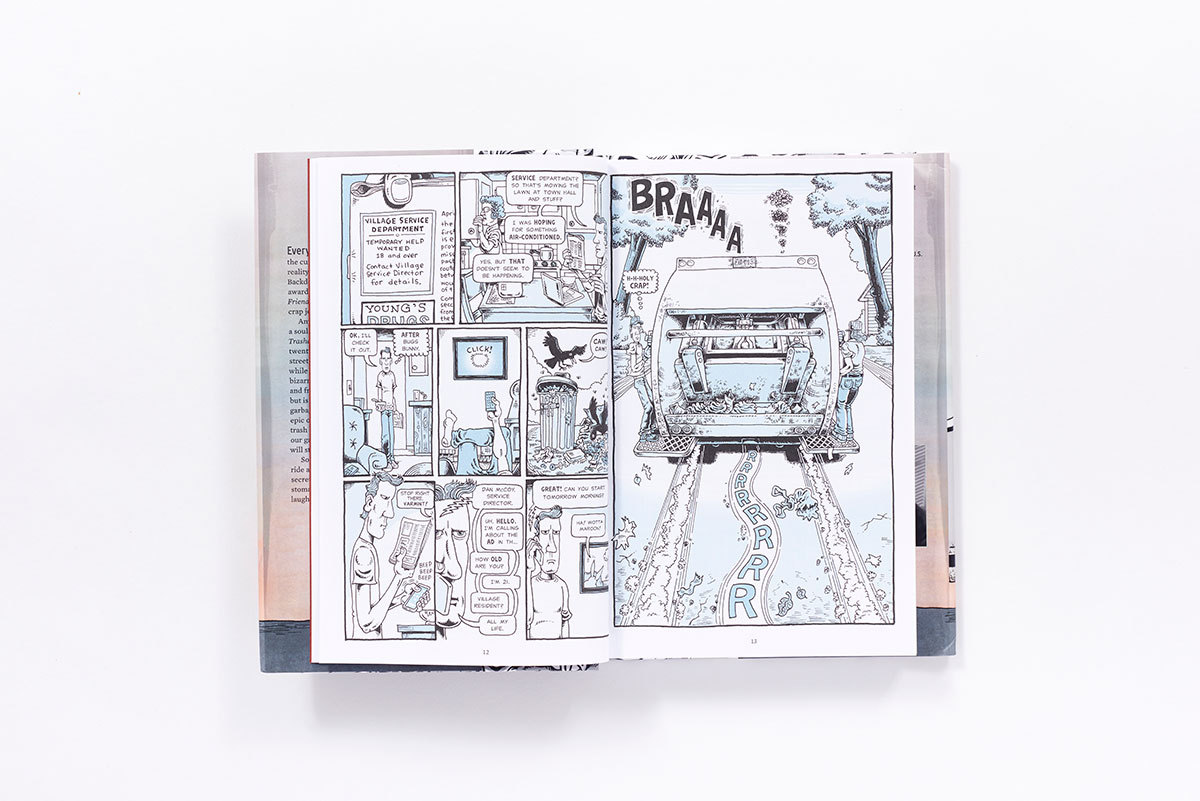 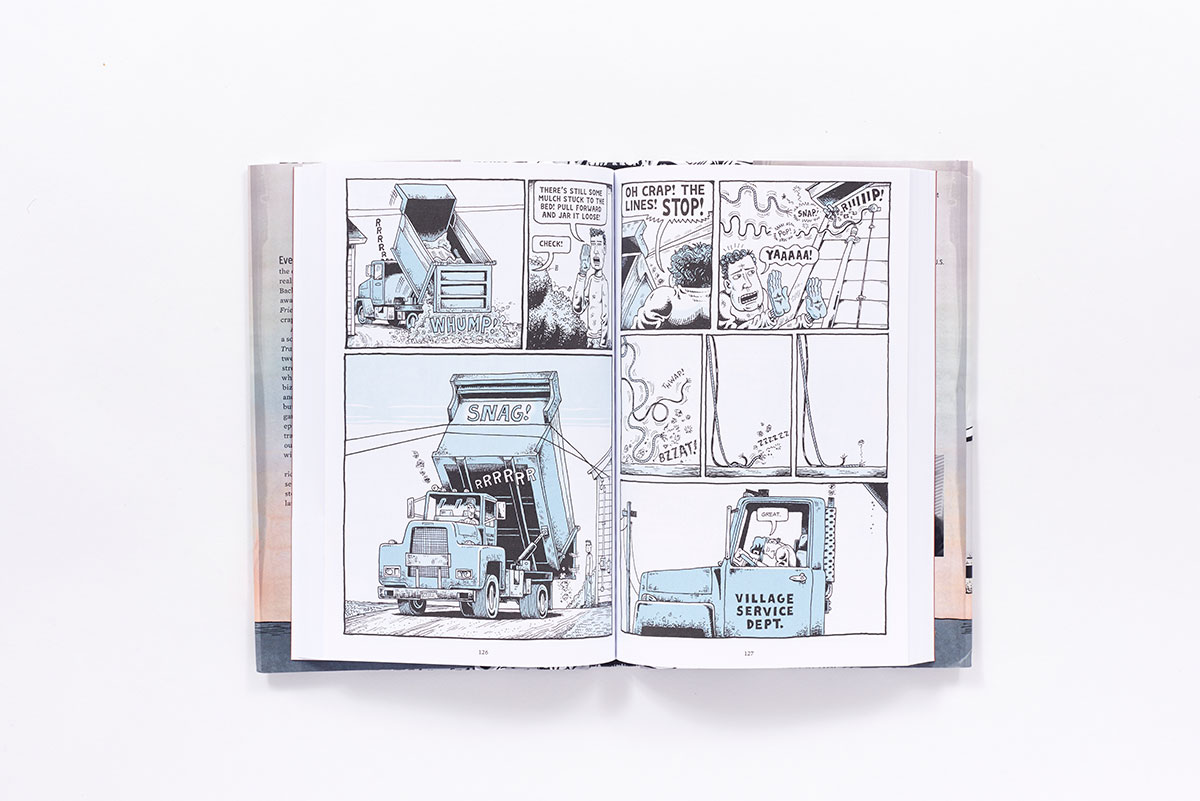 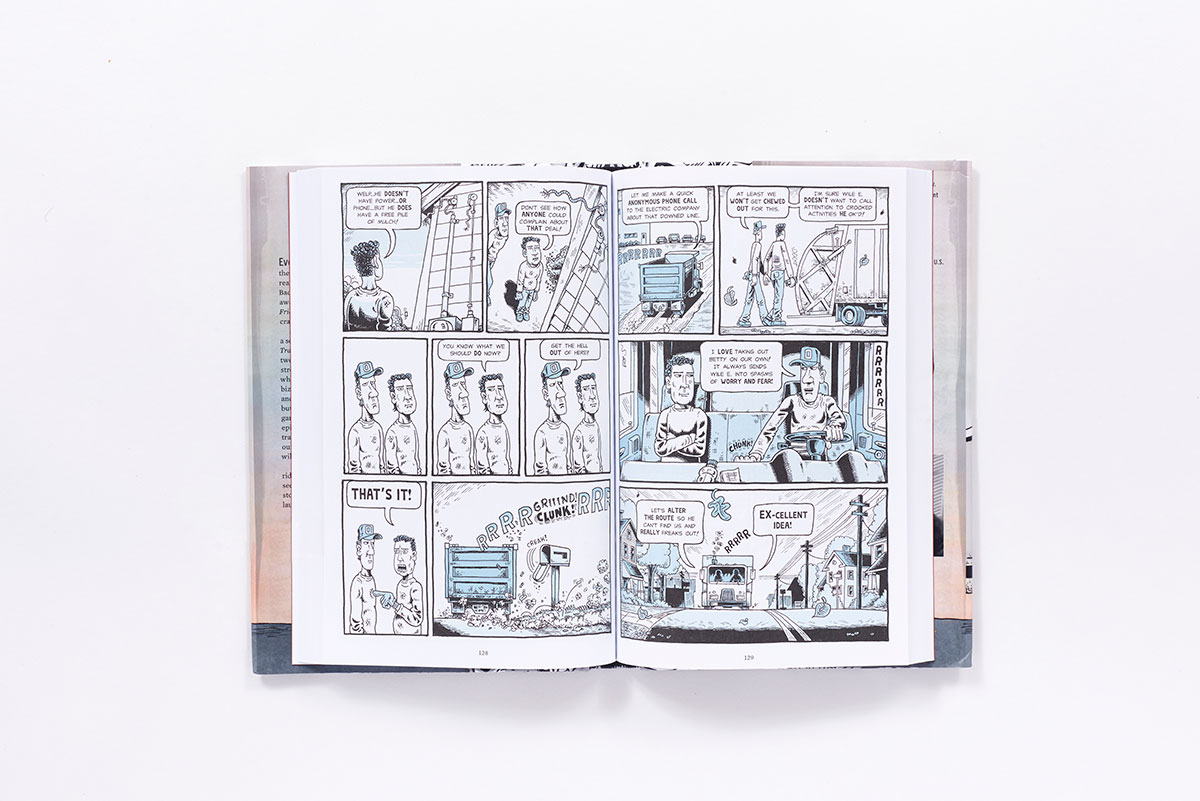 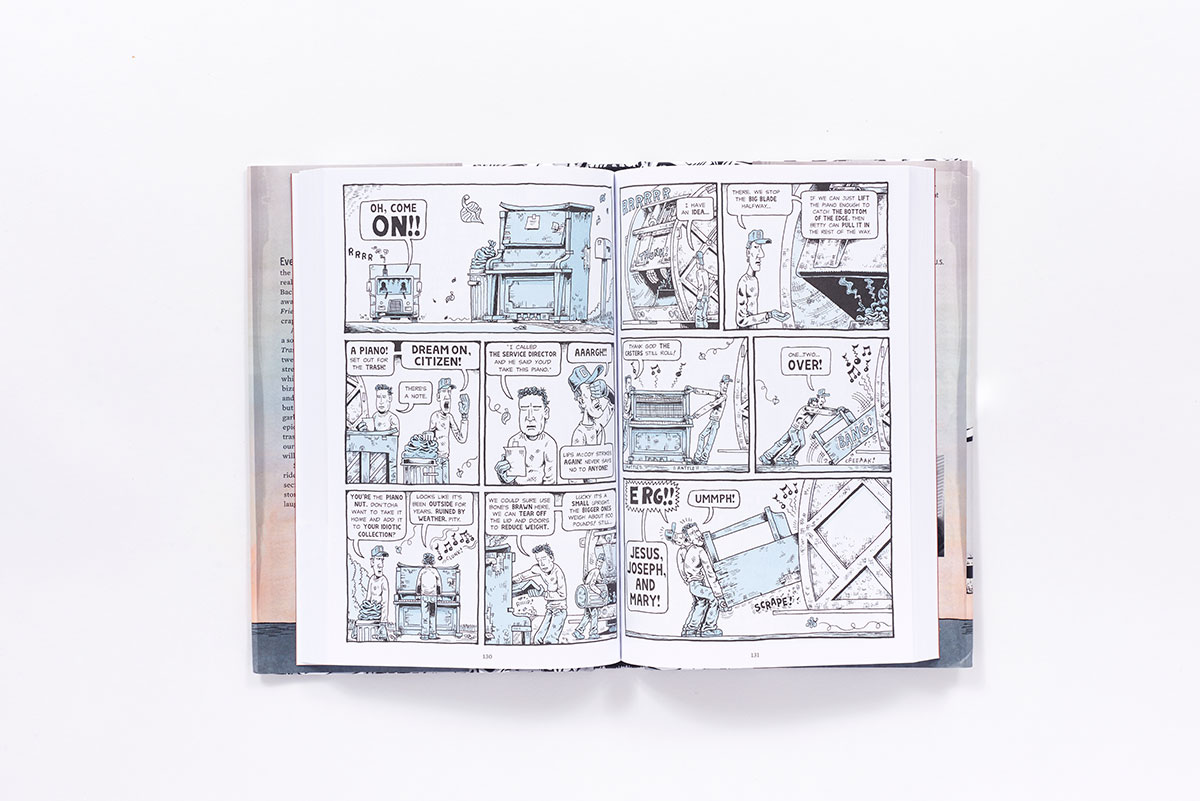 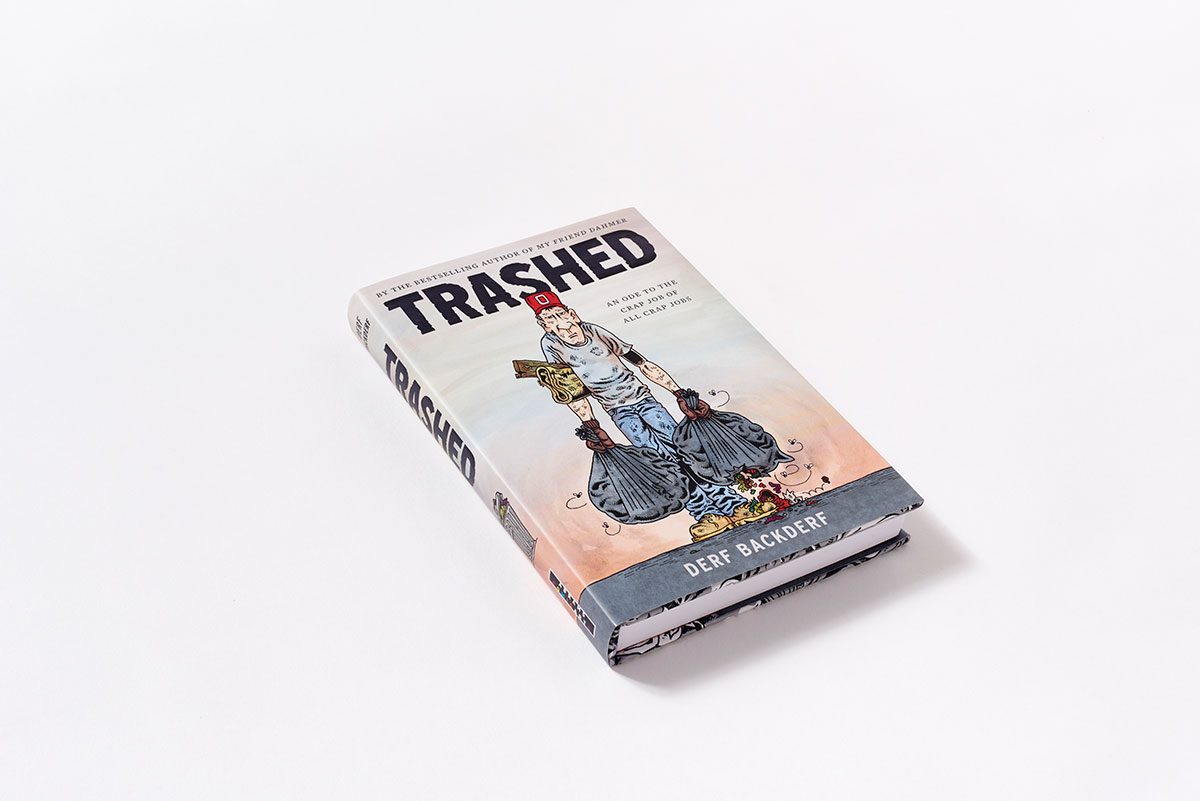 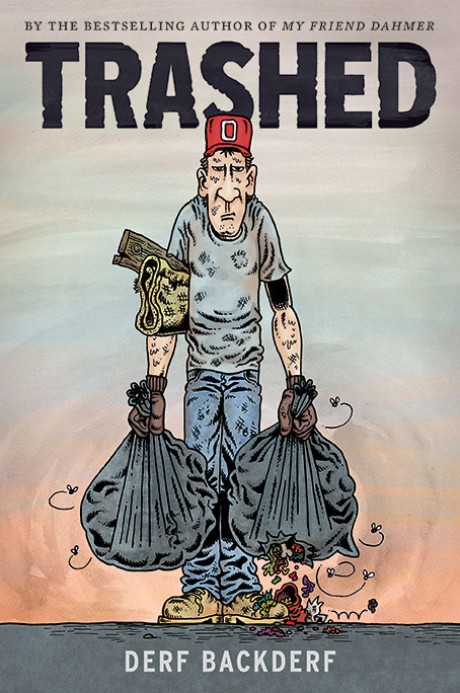 Every week we pile our garbage on the curb and it disappears—like magic! The reality is anything but, of course. Trashed, Derf Backderf’s follow-up to the critically acclaimed, award-winning international bestseller My Friend Dahmer, is an ode to the crap job of all crap jobs—garbage collector. Anyone who has ever been trapped in a soul-sucking gig will relate to this tale. Trashed follows the raucous escapades of three 20-something friends as they clean the streets of pile after pile of stinking garbage, while battling annoying small-town bureaucrats, bizarre townfolk, sweltering summer heat, and frigid winter storms. Trashed is fiction, but is inspired by Derf’s own experiences as a garbage­man. Interspersed are nonfiction pages that detail what our garbage is and where it goes. The answers will stun you. Hop on the garbage truck named Betty and ride along with Derf on a journey into the vast, secret world of garbage. Trashed is a hilarious, stomach-churning tale that will leave you laughing and wincing in disbelief.

“A downbeat but entertaining ode to the odiferous realities of getting by.”
Publishers Weekly (starred review) —

“Backderf’s (My Friend Dahmer) detailed and grimy art is perfect for this raucous piece of infotainment about the crappiest of necessary crap jobs.”
Library Journal —

“More than anything else, the book is funny, very funny. At times, it’s a laugh-out-loud kind of funny rarely found in graphic novels. It might even make you think.”
The Cleveland Plain Dealer online —

“The microcosm of Backderf’s humor-rich, coming-of-age story expands toward larger social and cultural themes, including the idea that ‘we all contribute to the staggering, never-ending accumulation of waste on this planet.’”
Shelf Awareness (starred review) —

“It’s all far more entertaining than it sounds, thanks to the likeability of J.B. and his at-loose-ends roommates . . . and Derf’s slightly off-kilter, pleasantly ungainly drawings.”
Booklist —

“Trashed is both entertaining and unnerving.”
The A.V. Club —

Derf Backderf is the bestselling author of My Friend Dahmer and the recipient of the prestigious Robert F. Kennedy Journalism Award for political cartooning. His weekly comic strip, The City, appeared in more than one hundred newspapers over the past twenty-two years. He lives in Cleveland, Ohio.