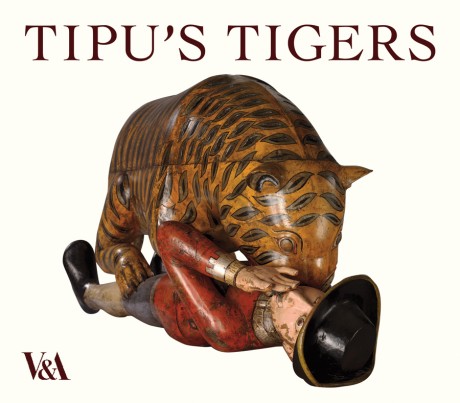 Tipu's Tiger is one of the V&A's most enduringly famous and fascinating objects. Commissioned in the 1790s by Tipu Sultan of Mysore, India, this extraordinary wooden automaton of a tiger devouring a British soldier was a symbol of the Sultan's authority and a reflection of his opposition to the British. After Tipu was killed in 1799, the tiger, which houses pipes that simulate its roar and the shrieks of its victim, was shipped to London, where it has inspired artists and writers, frightened children, and entertained the public ever since.

This new book tells the story of the Tiger, and also illustrates and discusses some of the most splendid of Tipu Sultan's other treasures – his throne, textiles and spectacular weapons, all decorated with the ruler's iconic tiger forms and patterns.

Susan Stronge is Senior Curator in the Asian Department of the V&A. Her many previous publications include BidriWare,  The Arts of the Sikh Kingdoms, and
Painting for the Mughal Emperor.