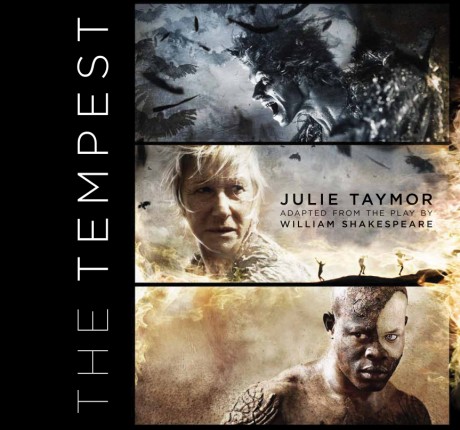 By William Shakespeare, and Julie Taymor
Foreword by Jonathan Bate

The book of The Tempest is both a handsome edition of Julie Taymor’s eminently readable adaptation of Shakespeare’s play and a stunning visual narrative of her new film, which stars Helen Mirren as Prospera, the magician/alchemist in a bold, gender-switched realization.

One of Shakespeare’s greatest and most popular plays, The Tempest begs to be visualized by a master filmmaker. Taymor’s definitive film version combines romance and tragicomedy in one powerful story. She uses all of her considerable storytelling skills to make the action and atmosphere of the play come vividly to life. With an artist’s touch, she combines extraordinary locations with experimental visual effects to create the magic that suffuses this great work.

Julie Taymor is is an award-winning director of theater, opera, and film. The Tempest is her fourth feature film. She also directed Titus, Frida, and Across the Universe. Her stage adapation of The Lion King has been presented in 13 countries. Her production of The Magic Flute has become a modern classic and is in the repertory of the Metropolitan Opera.

Jonathan Bate is well known as a critic, biographer, broadcaster, and Shakespeare scholar. Professor of English Literature at the University of Warwick, he is the author of many books, including The Genius of Shakespeare.