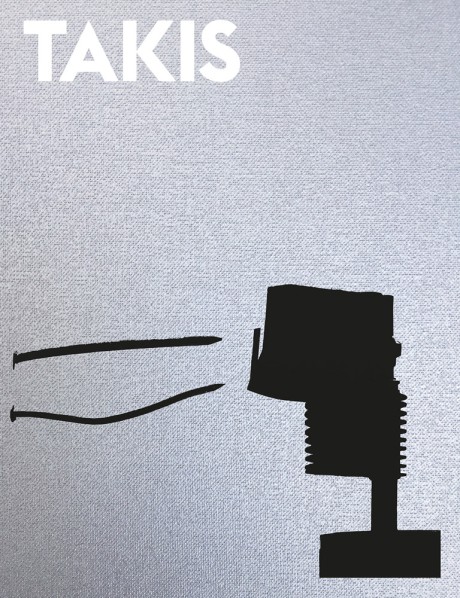 One of the most playful, innovative, and eccentric artists of postwar Europe, Takis (b. 1925) was a catalyzing figure in the artistic and literary circles of Paris, London, and New York from the 1950s onward.

Pioneering a variety of sculpture, painting, and musical structures, Takis’s works harness invisible natural forces. Most notable are his innovative “telemagnetic” works, begun in the late 1950s, which float everyday metallic objects in space through the use of magnets. These investigations and his fierce individualism won him the admiration of Beat writers such as Allen Ginsberg and William Burroughs and inspired arguments with his artistic contemporaries Yves Klein, Alberto Giacometti, and Jean Tinguely.

This is the first book in English to introduce this key figure of Europe’s postwar avant-garde and cultural underground. Through new essays and primary sources, it foregrounds the artist’s influence in contemporary art since the 1960s.

Guy Brett is one of the UK’s foremost art writers and curators of kinetic art. Michael Wellen is curator of international art at Tate Modern, London.