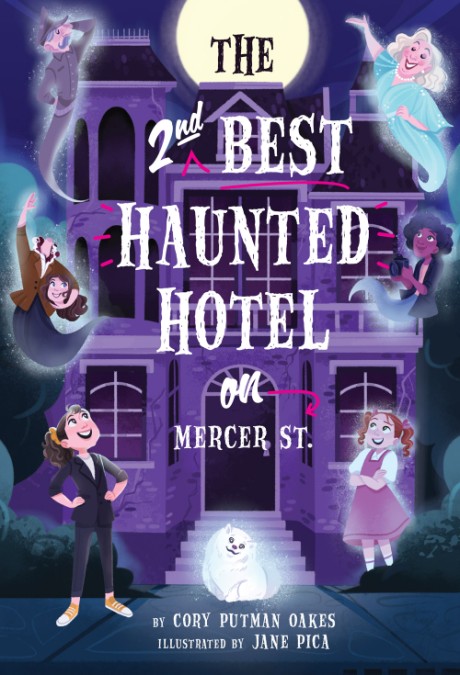 A family-run haunted hotel’s livelihood is threatened when a bigger haunted hotel opens nearby in this hilarious, spooky story

Twelve-year-old Willow Ivan’s family has run the Hotel Ivan for four hundred years. Through thick and thin, they’ve held on tight to their title as the Best Haunted Hotel on Mercer Street. That is, until the Hauntery—a corporate chain of haunted hotels—moves in down the street. As the Ivan’s business fades, so do their ghostly staff. And Willow begins to worry that The Ivan’s days are numbered.

Then Willow meets Evie, a Hauntery ghost who’s forced to play the part of a Spooky Little Girl even though she longs to be a Terrifying Phantasm. So when Willow offers her a job at The Ivan, Evie accepts—but she doesn’t tell Willow that she’s still working for The Ivan’s competition, for fear of losing her new job and friend.

Together, the girls come up with a plan to save The Ivan. But with The Ivan ghosts already fading and Evie’s secret threatening to come out, will it be too late?

"This straightforward, heartfelt narrative with engaging, well-developed characters will have readers rooting for the underdog."
Kirkus Reviews —

"For any young reader who enjoys a bit of mystery, tales of unlikely friendships, and amiable ghosts, this spooky-sweet title is a first-rate choice."
School Library Journal —

Cory Putman Oakes is the author of Dinosaur Boy, Dinosaur Boy Saves Mars, and Witchtown. She lives, writes, and often bakes in Austin, Texas. Jane Pica is a freelance illustrator who lives in Dubai.