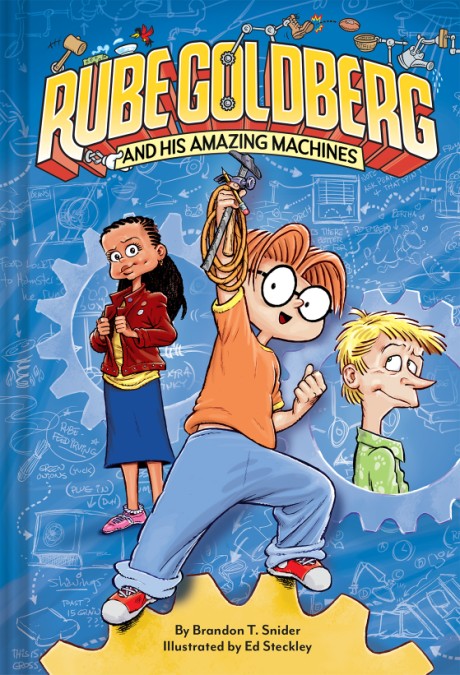 On the first day of middle school, Principal Kim announces that the school is going to throw a Contraption Convention—the perfect opportunity for young inventor Rube Goldberg to show off his inventions and get out of his summer-long funk!

But after a fight with his friends Pearl and Boob about where his priorities really lie, Rube’s Con Con entry gets off to a rocky start—and then strange incidents begin to throw the town into disarray. Boob is convinced it’s a ghost causing all of this chaos. Between Con Con, the ghostly mystery, and a new rival, Rube has his work cut out for him. But with the help of his friends, he might just get things back on track, get on top of his burgeoning anxieties, and come up with something brilliant before it’s time to face the judging table.

Brandon T. Snider is the best-selling author of the award-winning Dark Knight Manual, as well as the Avengers: Infinity War: The Cosmic Quest series. Additionally, he has written books featuring Cartoon Network favorites like Adventure Time and Regular Show, Marvel’s Spider-Man and Black Panther, plus pop culture icons such as Justice League, Star Wars, and The Muppets. He lives in New York City, where he is a member of the Writers Guild of America and SAG-AFTRA. Jennifer George is president of the Rube Goldberg Institute for Innovation and Creativity. George is Rube Goldberg’s granddaughter and lives and works in New York City.