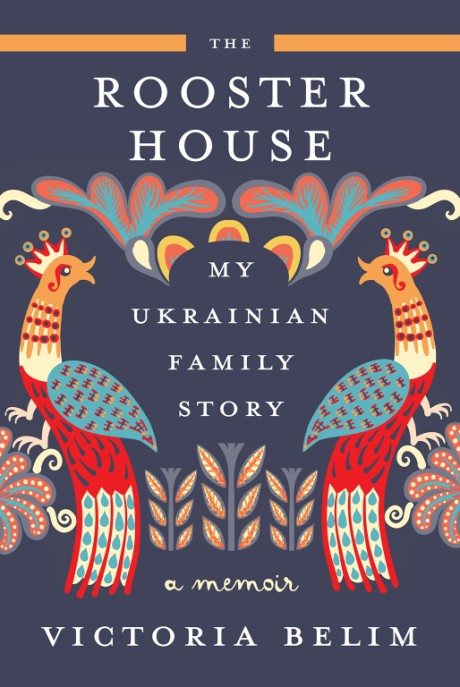 My Ukrainian Family Story, A Memoir

A timely and deeply moving memoir of the author’s Ukrainian family history, interwoven with the country’s tumultuous story

In 2014, the landmarks of Victoria Belim’s personal geography were plunged into tumult at the hands of Russia. Her hometown Kyiv was gripped by protests and violent suppression. Crimea, where she’d once been sent to school to avoid radiation from the nuclear disaster at Chernobyl, was invaded. Kharkiv, where her grandmother Valentina studied economics and fell in love; Donetsk, where her father once worked; and Mariupol, where she and her mother bought a cherry tree for Valentina’s garden all became battlegrounds.

A naturalized American citizen then living in Brussels, Belim felt she had to go back. She had to spend time with her aging grandmother and her cousin Dima. She had to unravel a family mystery spanning several generations. And she needed to understand how her country’s tragic history of communist revolution, civil war, famine, world war, totalitarianism, and fraught independence had changed the course of their lives.

The Rooster House is a beautifully written memoir of a family, a country’s past, and its dangerous present. It is about parents and children, true believers and victims, gardens and art, secrets and tragedy. Compulsively readable, deeply moving, and at times laugh-out-loud funny, it is a stunning debut book by an experienced, expressive, and gifted writer.

Born in Ukraine, Victoria Belim grew up in Chicago and now lives in Brussels, Belgium. A writer, journalist, translator, and fragrance specialist, Belim speaks 18 languages. Since 2010, she has been writing for the Financial Times’s How to Spend It magazine. Her work has also appeared in the New York Times Magazine, Elle, and Marie Claire, as well as on her own website, boisdejasmin.com.