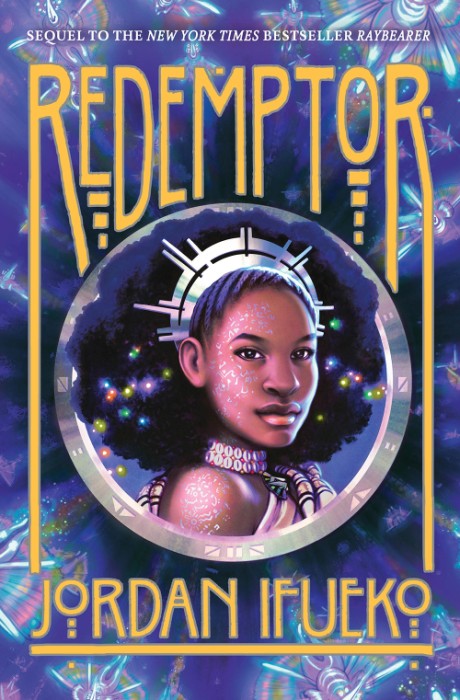 The highly anticipated sequel to Raybearer, the instant New York Times bestselling fantasy sensation that set the world on fire

For the first time, an Empress Redemptor sits on Aritsar's throne. To appease the sinister spirits of the dead, Tarisai must now anoint a council of her own, coming into her full power as a Raybearer. She must then descend into the Underworld, a sacrifice to end all future atrocities.

Tarisai is determined to survive. Or at least, that's what she tells her increasingly distant circle of friends. Months into her shaky reign as empress, child spirits haunt her, demanding that she pay for past sins of the empire.

With the lives of her loved ones on the line, assassination attempts from unknown quarters, and a handsome new stranger she can't quite trust . . . Tarisai fears the pressure may consume her. But in this finale to the Raybearer duology, Tarisai must learn whether to die for justice . . . or to live for it.

"Immersive and gorgeously written, the sequel and conclusion to the Raybearer duology is just as excellent as the first." —Buzzfeed

**STARRED REVIEW** "This proves once again that Ifueko is a masterful storyteller. She paints a breathtaking, heart-wrenching story about love, family, responsibility, and duty. Ifueko's writing is nothing short of transportive, whisking readers to far-off worlds while employing gorgeous imagery and prose." —Booklist

**STARRED REVIEW** "A strong and worthy successor that showcases the skill of a master worldbuilder." —Kirkus Reviews

"Fans of the previous title will find a satisfying and twisty journey to success for Tarisai, whose trauma and guilt will resonate with many, and fantasy readers looking for an intricate, unique story in comparatively compact form will want to check out this larger-than-life duology." —Bulletin of the Center for Children's Books

Jordan Ifueko talks about the inspiration for the book