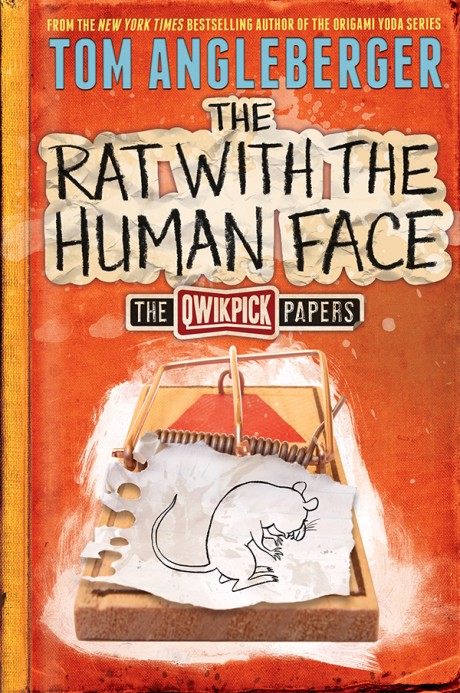 The Rat with the Human Face

Lyle Hertzog and his friends Marilla and Dave are the Qwikpick Adventure Society, three kids who seek out adventure in their seemingly quiet hometown of Crickenburg. On the hunt for their next big adventure—something to top the Fountain of Poop, if that’s even possible—the kids overhear a construction worker telling his buddies about a rat with a human face he saw in the basement of an old research facility. The decision is unanimous: the next adventure for the Qwikpick Society is on! But when their trip to find the rat doesn’t go quite as expected, the trio gets in big trouble. Will the second adventure for the Qwikpick Society also be their last?

"Between Lyle’s honesty and the bittersweet realism of this funny tale, Wimpy Kid fans, as well as those who appreciate Angleberger’s Origami Yoda series, have much to appreciate here."
Booklist, Francisca Goldsmith —

Tom Angleberger is the author of the bestselling Origami Yoda series. He is also the author of Horton Halfpott and Fake Mustache, both Edgar Award nominees, and The Qwikpick Papers: Poop Fountain! He is married to author-illustrator Cece Bell and lives in Christiansburg, Virginia. Visit him online at origamiyoda.com.