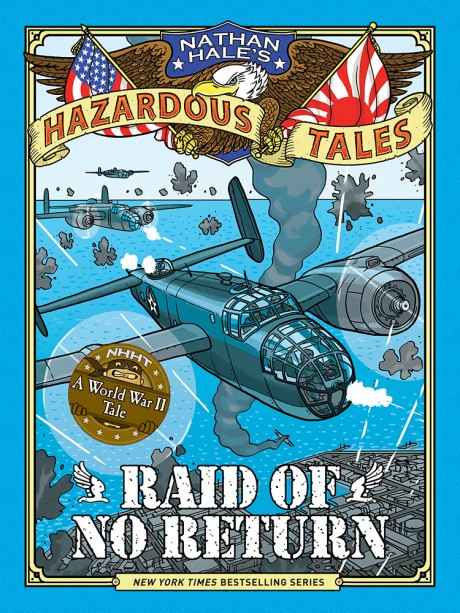 A World War II Tale of the Doolittle Raid

After the bombing of Pearl Harbor in 1941, the United States joined World War II. And soon after that, young pilots were recruited for a very secret—and very dangerous—raid on Japan. No one in the armed forces had done anything like this raid before, and none of the volunteers expected to escape with their lives. But this was a war unlike any other before, which called for creative thinking as well as bravery.

"Harrowing and no detail is left out . . . Hale’s tendency to incorporate character commentary, infographics, and fun facts will draw readers. Give this title to readers interested in action-packed graphic novels."
School Library Journal —