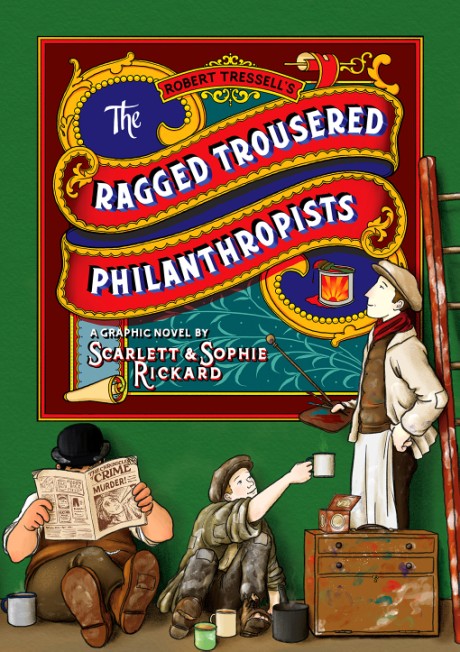 Adapted from Robert Tressell’s 1914 socialist novel about English working-class life, this British classic sets out the blueprint for how to organize a fairer society

Robert Tressell’s groundbreaking socialist novel, The Ragged Trousered Philanthropists, tells the story of a group of working men in the fictional town of Mugsborough and socialist journeyman-prophet Frank Owen, who attempts to convince his fellow workers that capitalism is the real source of the poverty surrounding them. Owen’s spirited attacks on the greed and dishonesty of the capitalist system, and his support for a socialist society in which work is performed to satisfy the needs of all, rather than to generate profit for a few, eventually rouses his fellow men from their political passivity. Described by George Orwell as a piece of social history and a book that everyone should read, The Ragged Trousered Philanthropists is often cited as “one of the most authentic novels of English working-class life ever written.” In this faithful graphic adaptation, creators Scarlett and Sophie Rickard craft a compelling fiction that paints a comprehensive picture of social, political, economic, and cultural life in early 20th century Britain that is still acutely relevant today.

Scarlett and Sophie Rickard are graphic novelists from the Ribble Valley in Lancashire, UK. Scarlett is an illustrator and graphic artist now living in Kent, UK, while Sophie is a writer living in Cheshire, UK. This is their second graphic novel. The author of The Ragged Philanthropists, Robert Noonan (Robert Tressell was a pseudonym) was born in Dublin in 1870, but as a young man moved to South Africa, where he worked as a decorator. He came to England at the turn of the century and lived in Hastings, where he worked as a signwriter and interior decorator. Tressell decided to emigrate to Canada in 1910, but died of pneumonia en route in Liverpool in February 1911 and was buried there as a pauper. Tressell was unable to get The Ragged Trousered Philanthropists, his only novel, published during his lifetime. It was eventually published in an abridged from in 1914, largely through the persistence of Tressell's daughter, Kathleen Noonan. The unexpurgated version was not published until 1955.