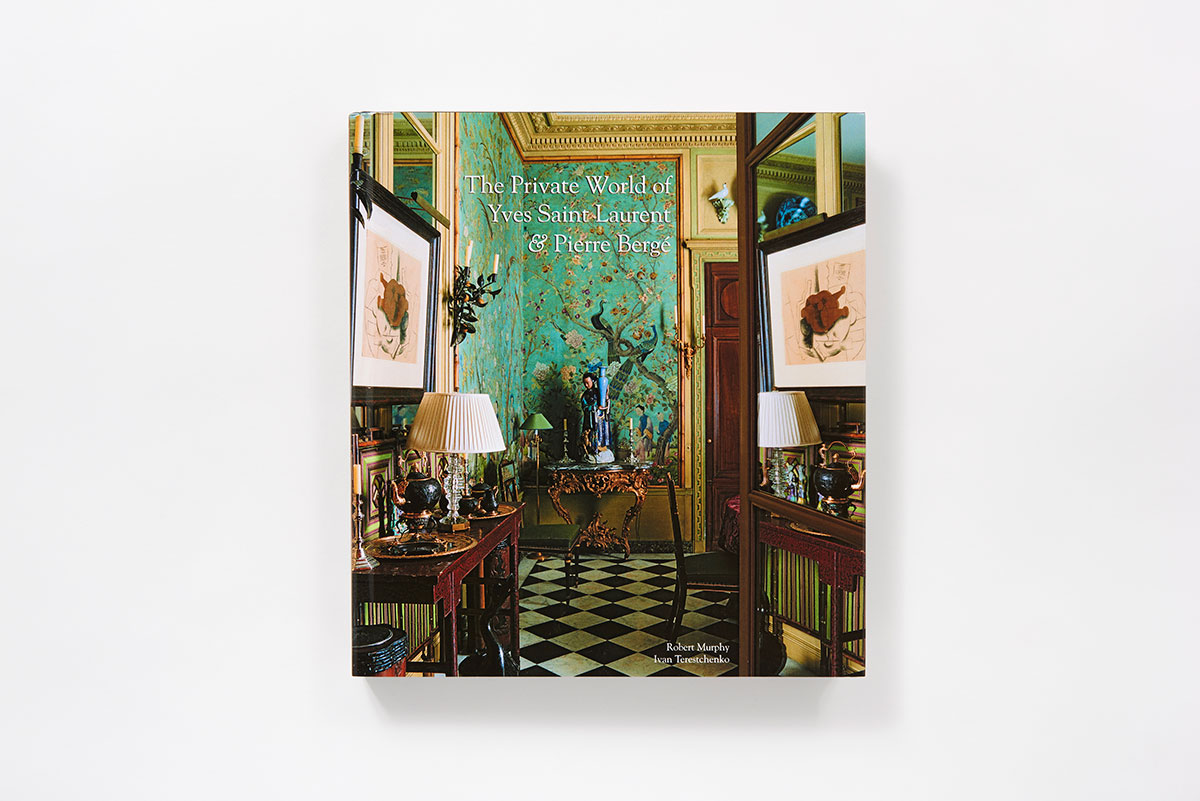 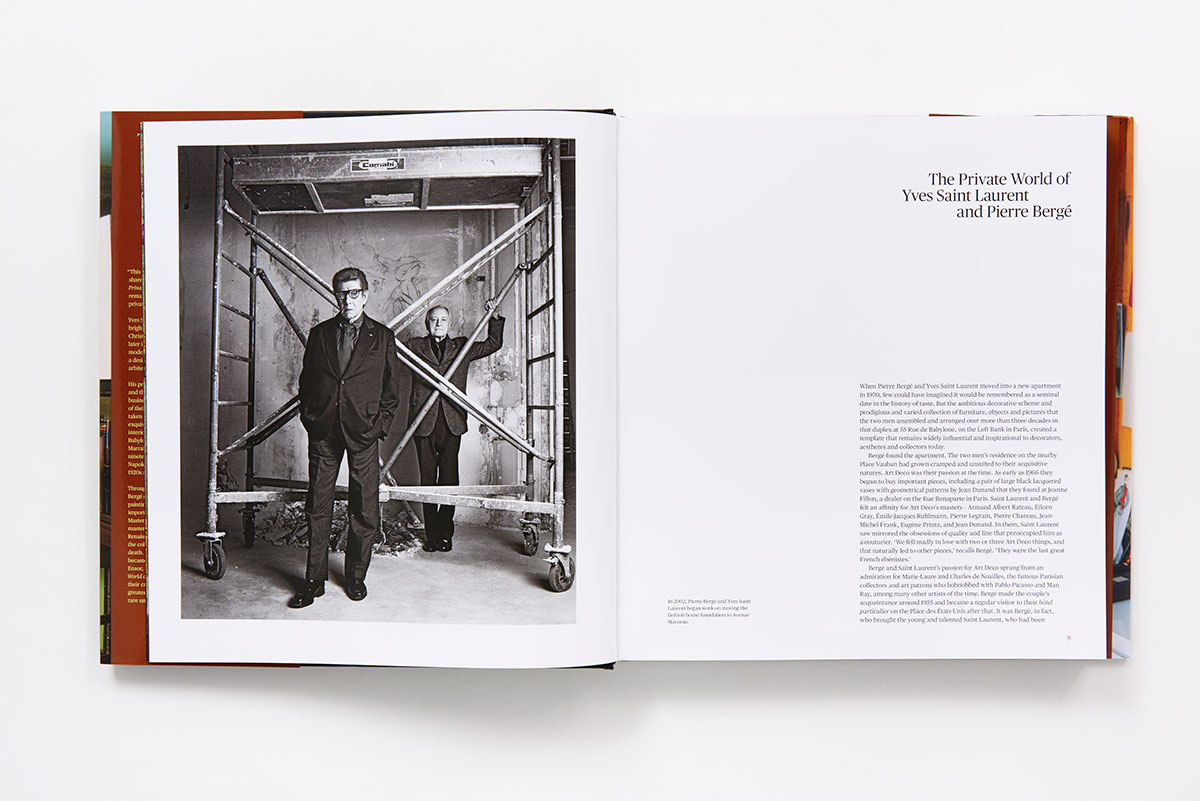 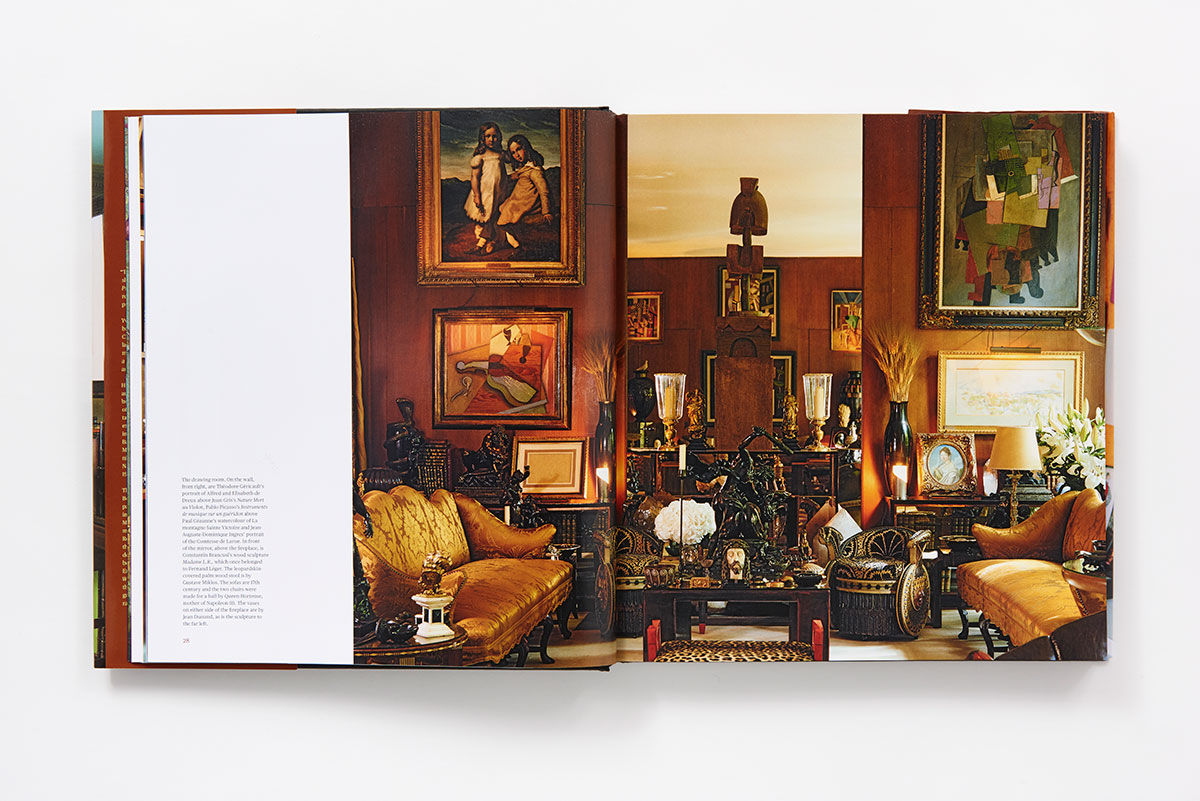 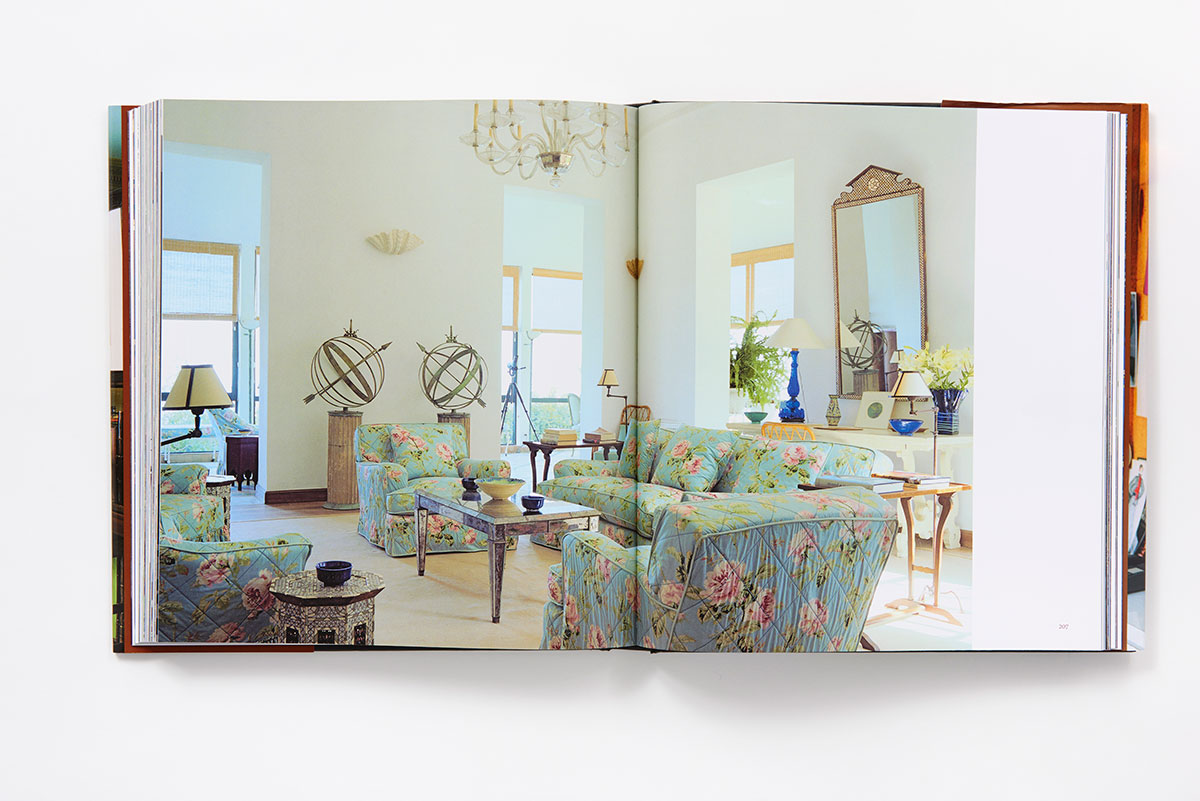 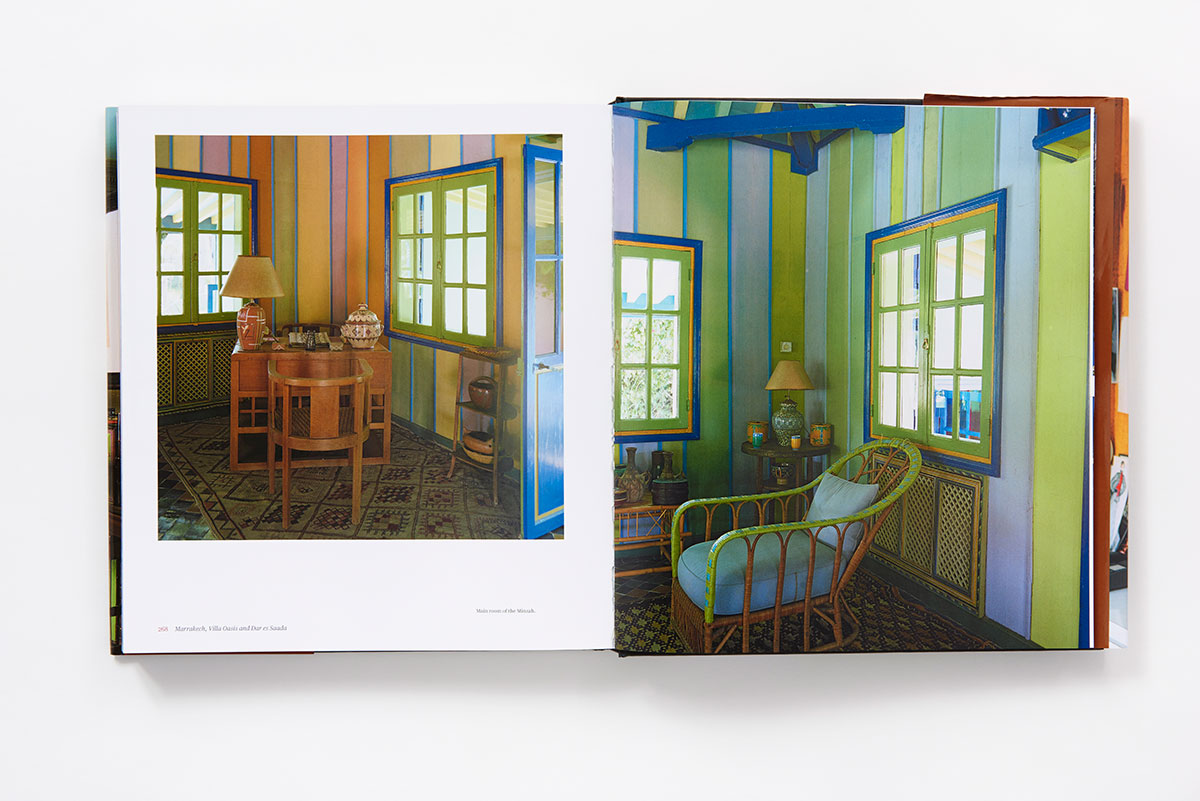 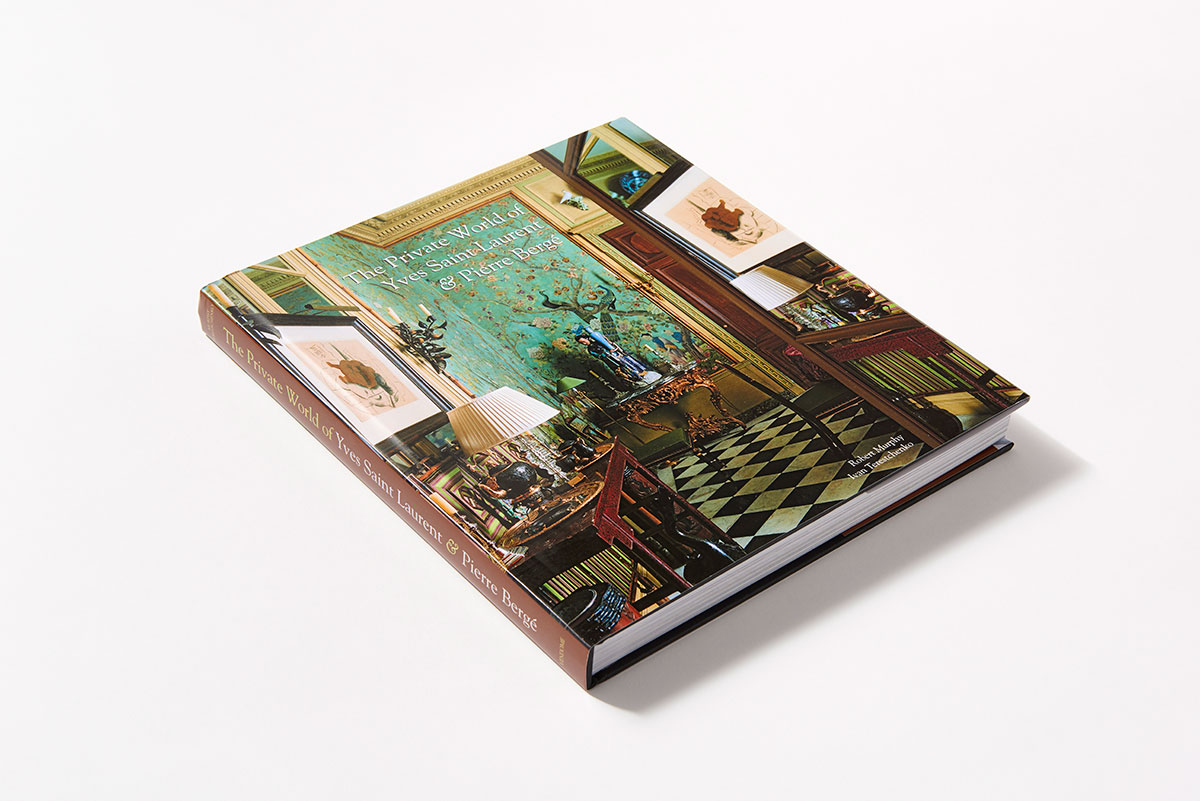 One of the most talented and influential couturiers of his time, Yves Saint Laurent began his career as Christian Dior’s protégé and went on to become a legendary arbiter of twentieth-century style. Saint Laurent’s extraordinary taste went well beyond the world of fashion, and in this lavish volume, the eight splendid homes he shared with friend and lifelong business partner Pierre Bergé are presented in immaculate detail. Notoriously shy, the designer and Bergé lived in luxury, surrounded by incomparable collections of furniture and art. From the serene interiors of their apartment on the Rue Babylone to the incandescent beauty of the Villa Majorelle in Marrakech, Bergé and Saint Laurent’s sensibilities come alive. Taken after Saint Laurent’s death in 2008, Ivan Terestchenko’s photographs capture these exquisite surroundings in full, showcasing nineteenth-century French décor, important paintings by modern and Romantic artists, and masterpieces of furniture, sculpture, and silver ranging from the Renaissance to the Art Deco era. Though the homes presented here are now empty, The Private World of Yves Saint Laurent and Pierre Bergé is a testament to a rare union of passion, elegance, and supreme connoisseurship.

“As he did with fashion, Yves seized at one moment in time, a taste that was in the air, only to show his mastery. During the 1970s exoticism and Marrakech were currents in the air and St. Laurent became the authority. He was interested in Art Deco before it became fashionable, even before Andy Warhol and Karl Lagerfeld . . . St Laurent’s and Bergé’s taste is an expression of a culture and is always a story. When they decorated a house it was no longer an ordinary house: it became a story to tell.”--Jacques Grange

“Takes readers . . . inside all eight of the couple's spectacular homes, from Paris to Marrakech.”--Elle Decor

“Some of the most influential interiors of our time.”--Town & Country

“(A) beautiful glimpse into their private world.”--Habitually Chic

“A visually stunning book about a richly layered lifestyle built over the course of 40-plus years.”--Home Design with Kevin Sharkey

“You'll agree that this is a book with which you will be enchanted. And if a little of that YSL flair rubs off on us, all the better.”--The Peak of Chic

“Terestchenko’s photographs beautifully capture the opulence and eclecticism of their dwellings.”--Clear

“In this lavish volume, the eight splendid homes . . . are presented in immaculate detail.”--California Home + Design

Robert Murphy is an antiques dealer specializing in twentieth-century decorative arts and a journalist.  He was formerly Paris correspondent for W and Women’s Wear Daily and his work has appeared in Architectural Digest, Details, the International Herald Tribune, and other major publications. He lives in Paris.

Photographer Ivan Terestchenko is an internationally renowned photographer whose work has appeared in several books and in W, Casa Vogue, World of Interiors, Elle Decor, and Architectural Digest.