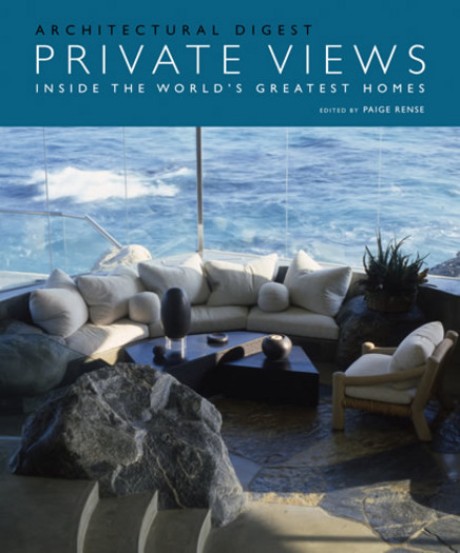 This dazzling sequel to Hollywood at Home takes readers on an international tour of the most spectacular homes that have graced the pages of Architectural Digest, the world's leading design publication since Paige Rense became editor in chief in 1970.

Featuring thirty homes, Private Views collects in one volume the best in interior design and architecture as determined by Paige Rense and her editors. Readers will learn the virtues of island living through David Bowie and Iman's idyllic Caribbean retreat; take in the breathtaking views from Giorgio Armani's cliffside villa; wander the rooms and sprawling grounds of the Duke and Duchess of Northumberland's castle; and tour Catherine the Great's Chinese-inspired jewel box of a house, among many others.

Paige Rense joined Architectural Digest in 1970 and shortly thereafter was named editor in chief. Under her direction, the Los Angeles–based magazine has become the world’s leading design publication. She is the editor of Abrams’ Hollywood at Home and author of nine books on interior style and design.