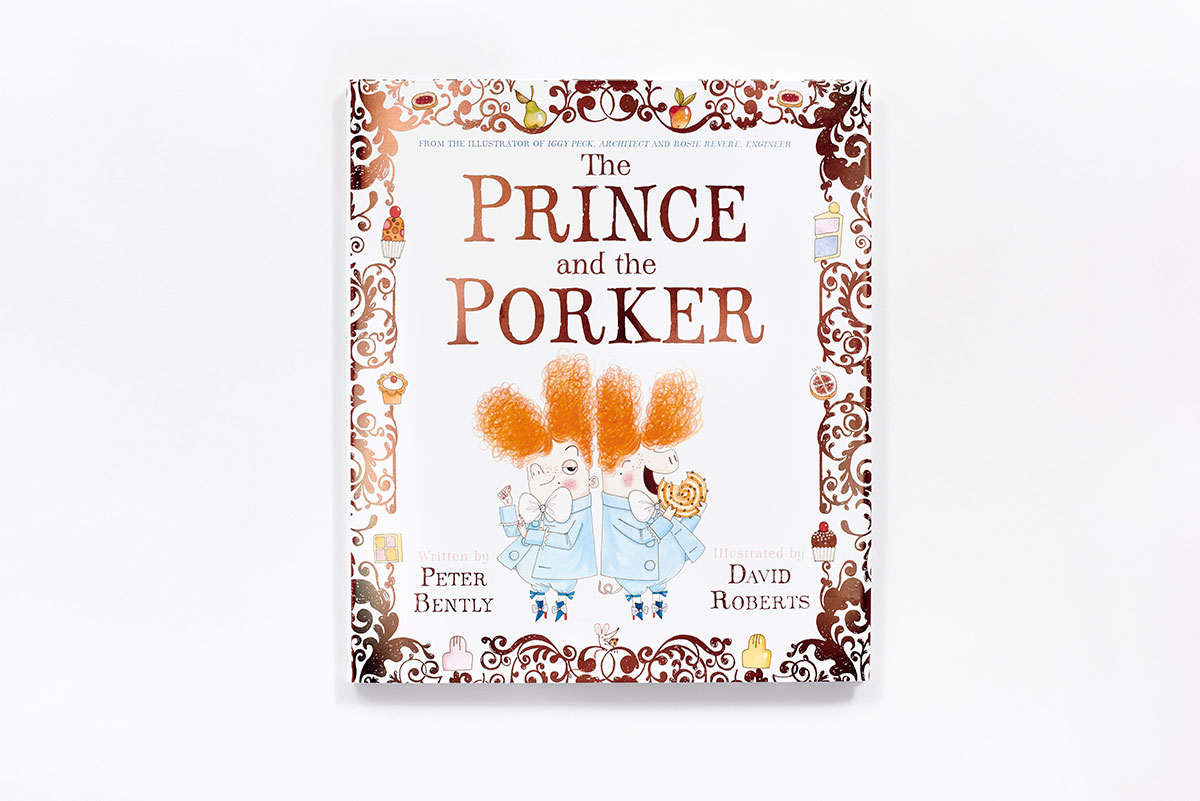 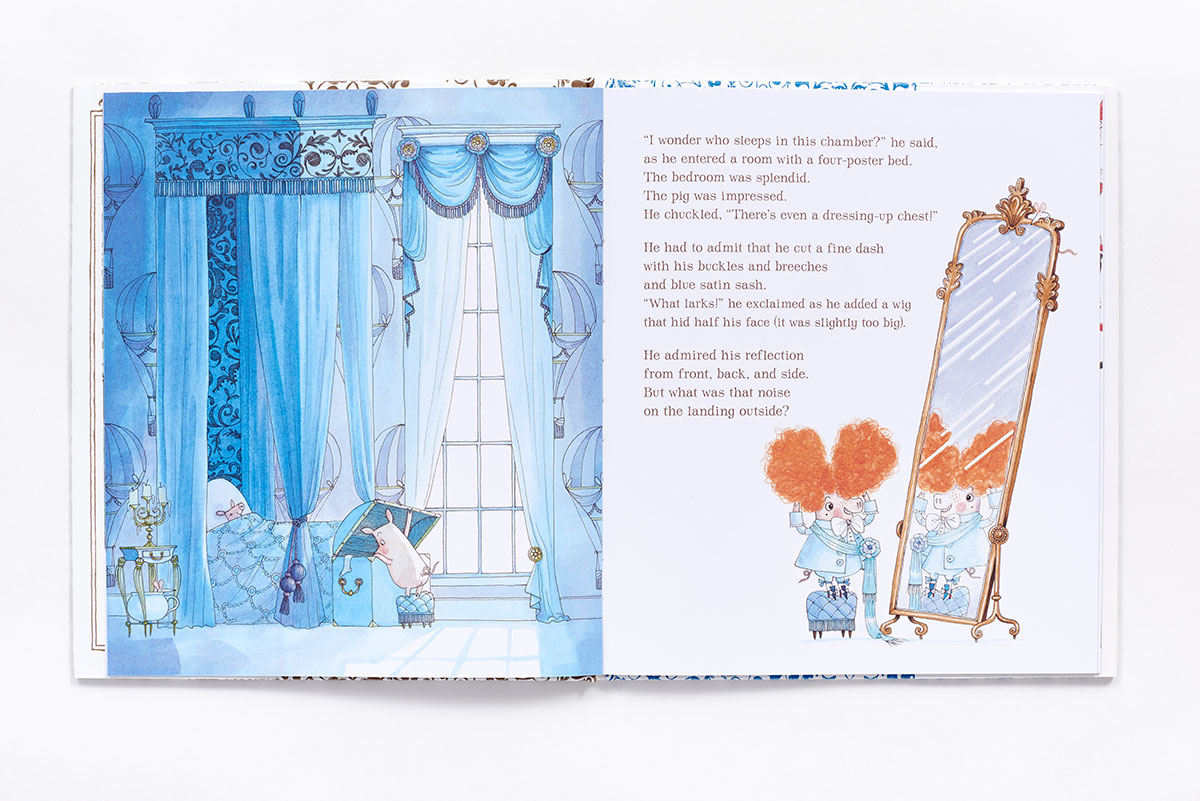 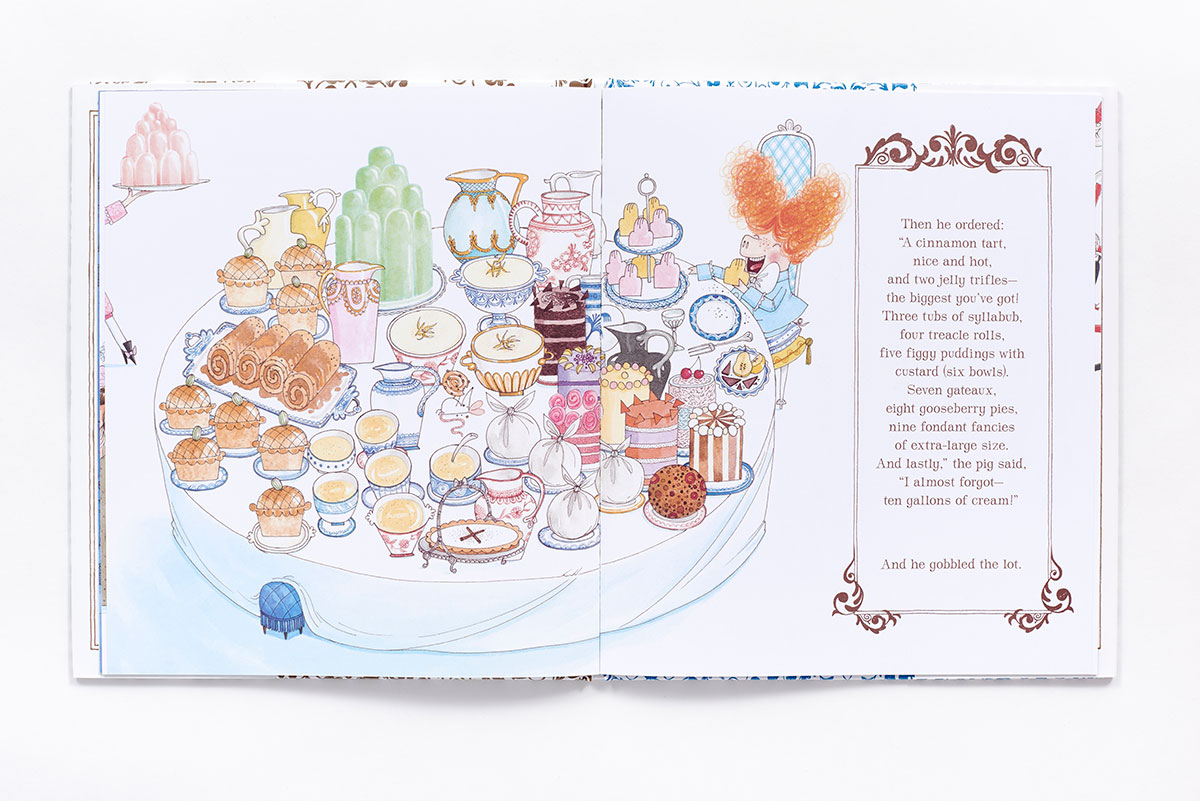 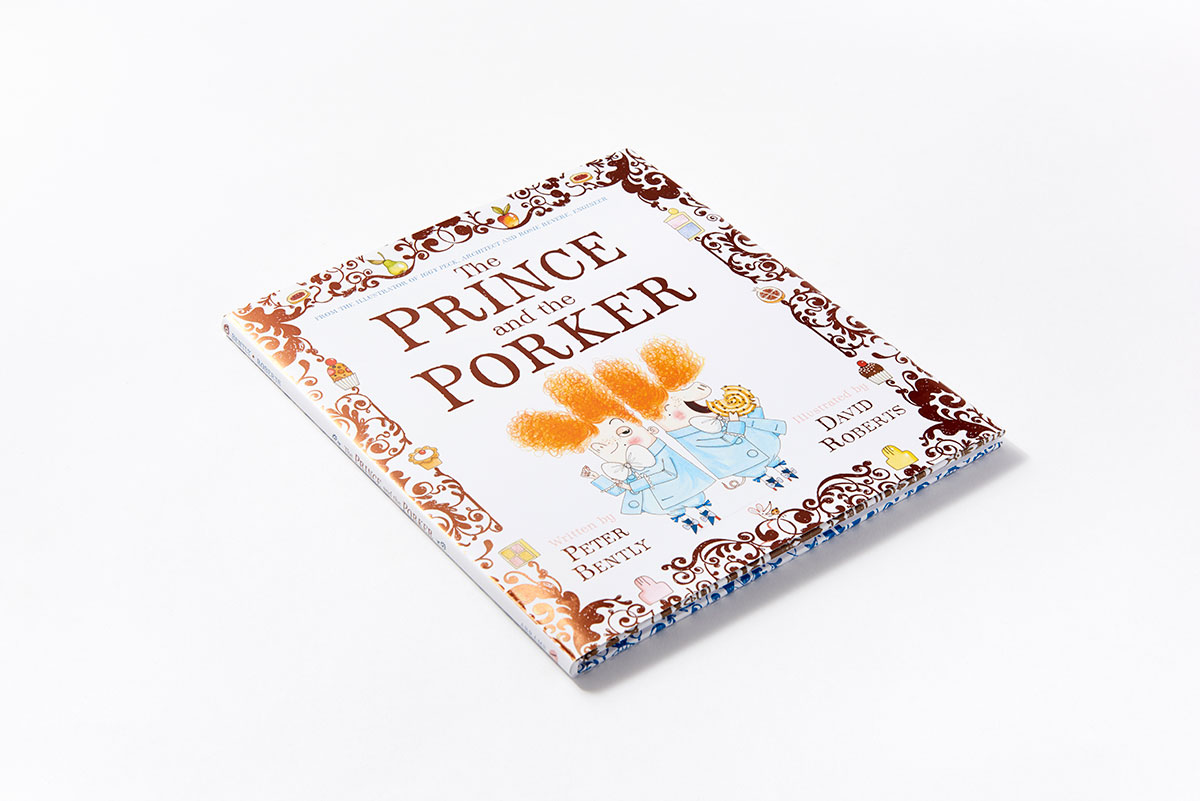 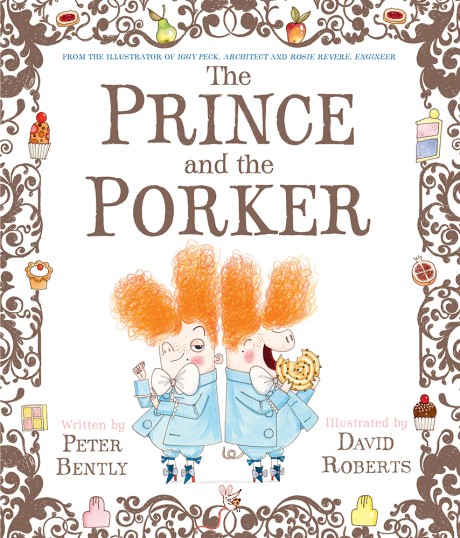 The Prince and the Porker

Pignatius was passing the palace one day, when he saw ten fresh buns left to cool on a tray . . . When Pignatius sees fresh pastries cooling on the windowsill of the palace kitchen, he’s tempted to try them. Surely, the cook won’t miss just one. But Pignatius’s greed gets the better of him, and he eats all the buns before sneaking into the palace in search of more treats. Before long, he finds himself in the prince’s room trying on a wig and some clothes, and the servants mistake him for the real prince! When the actual prince returns, Pignatius fears the worst, but the prince saves Pignatius’s bacon instead. It turns out that the prince has always wanted a double to deal with a particularly frightening problem—his aunt Alice! This hilarious reimagining of Mark Twain’s classic The Prince and the Pauper is sure to make kids laugh with its clever rhyming text and delicious, dessert-filled illustrations by New York Times bestselling illustrator David Roberts.

"This tale will appeal to both younger and older picture book readers and fans of seriously silly titles such as Jon Scieszka’s The True Story of the Three Little Pigs."
School Library Journal —

Peter Bently has written several award-winning picture books, including King Jack and the Dragon. He lives with his wife, Lucy, and two teenage children in Devon, England. David Roberts has illustrated many children’s books, including Iggy Peck, Architect; Rosie Revere, Engineer; and Ada Twist, Scientist. He lives in London.