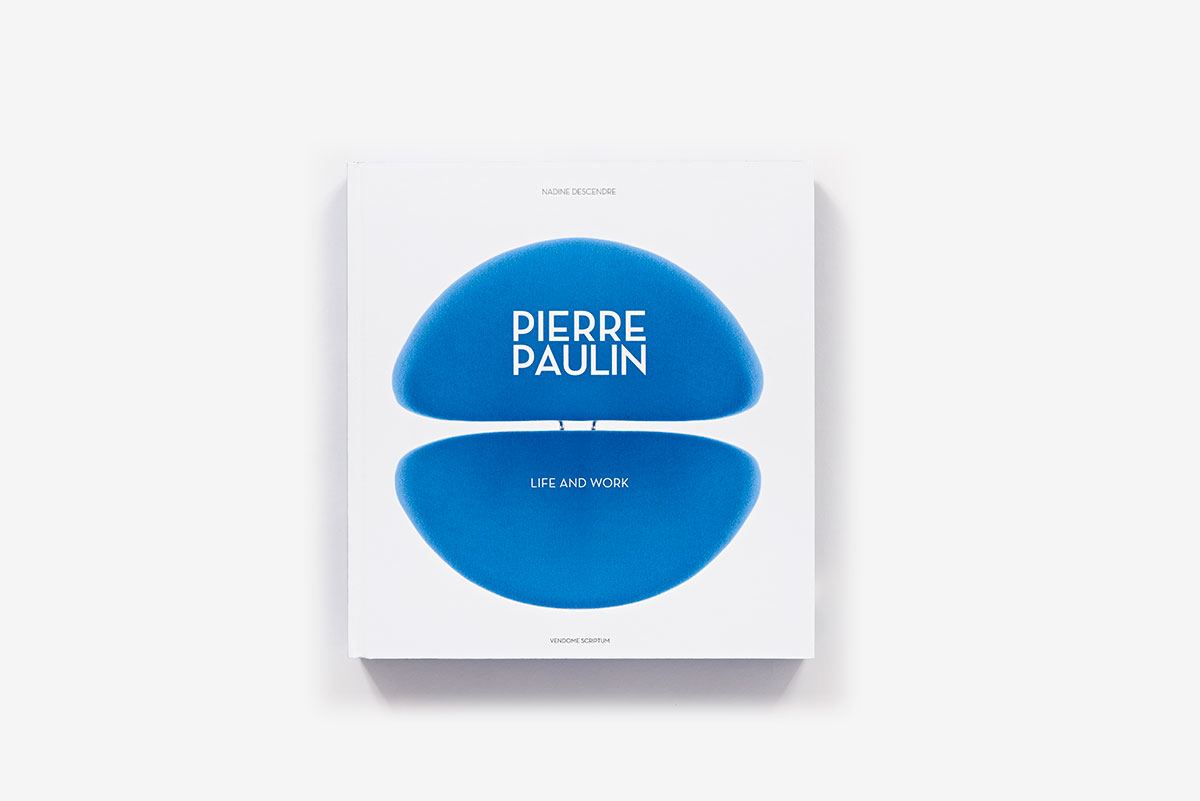 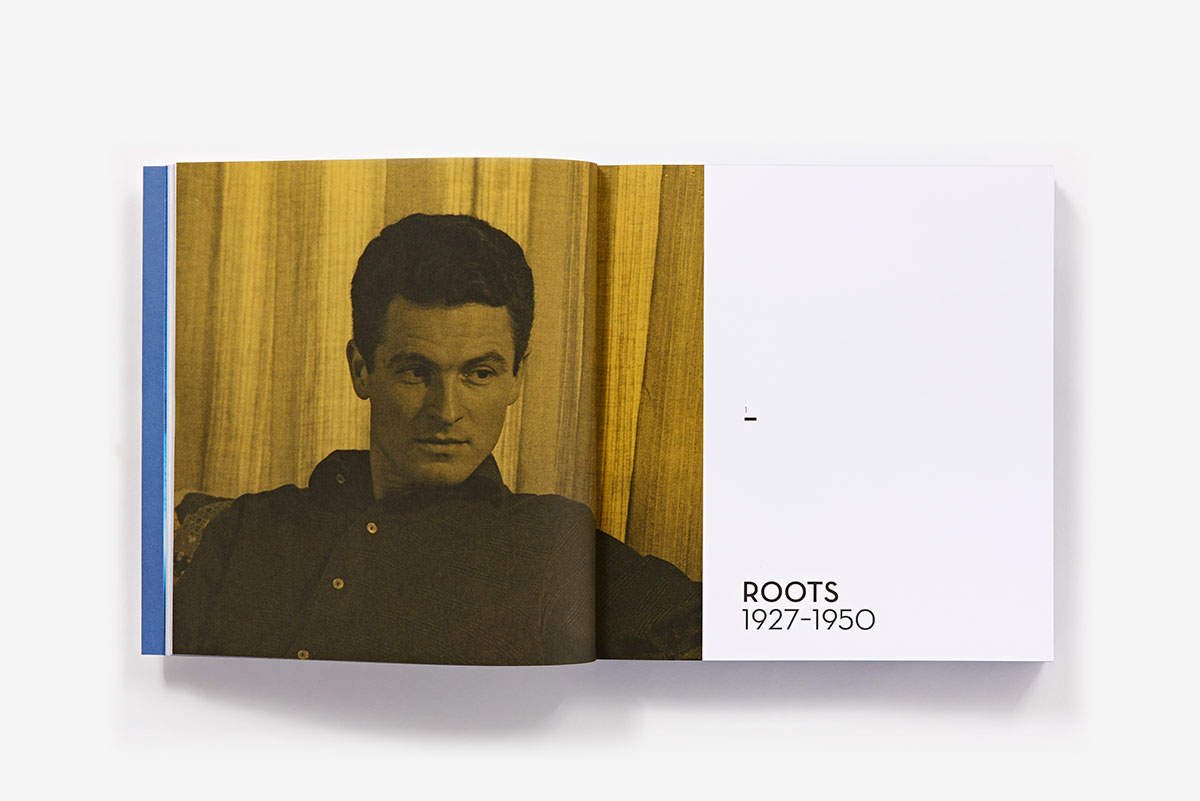 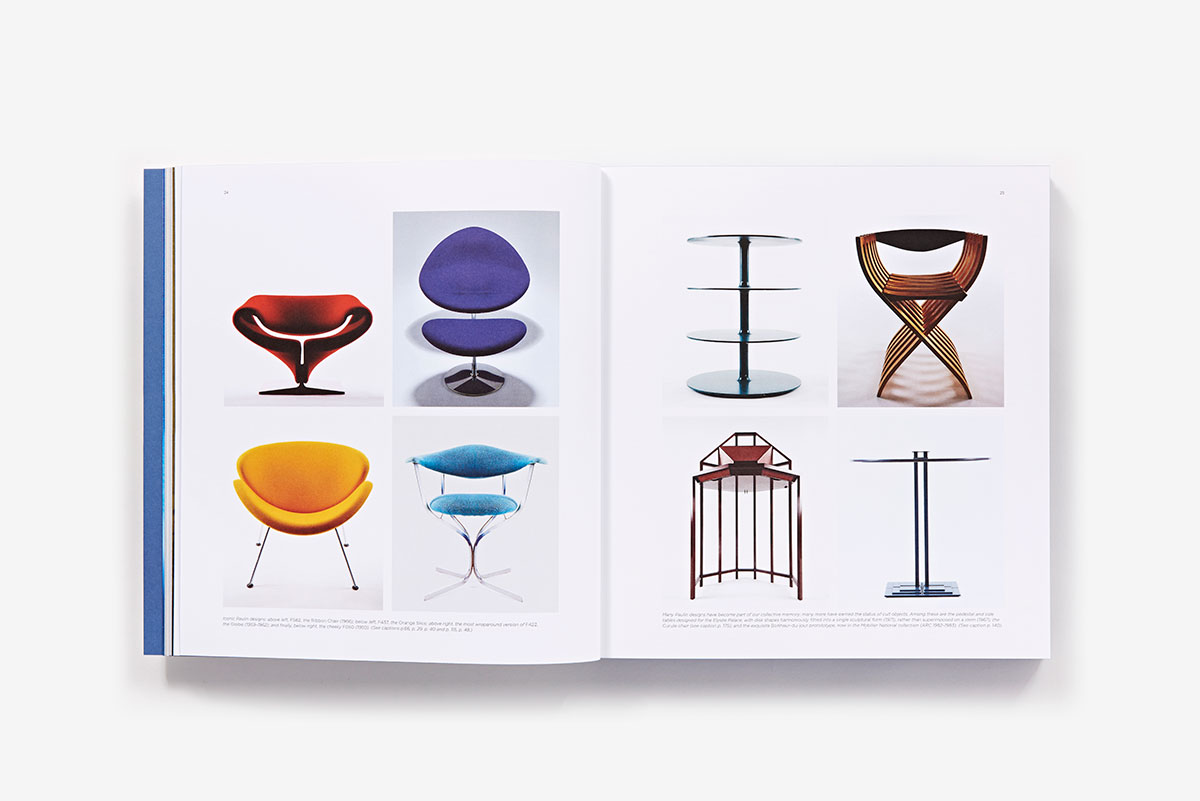 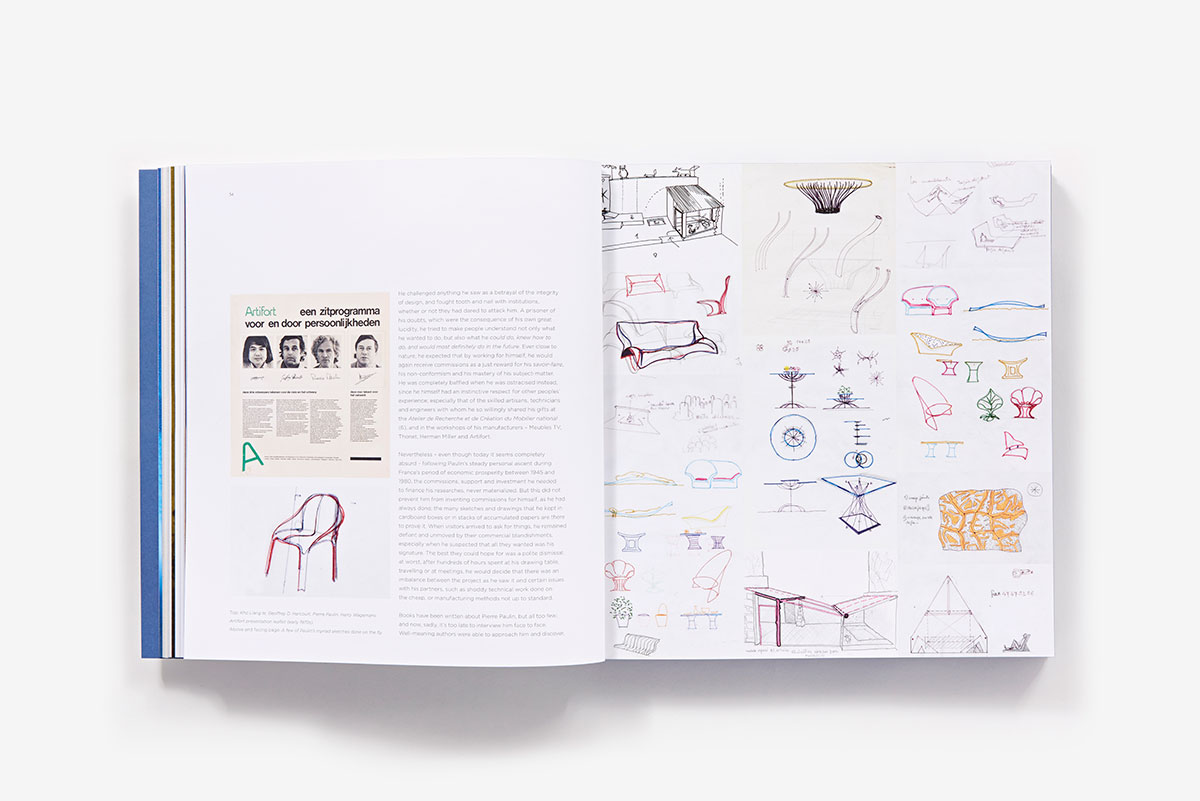 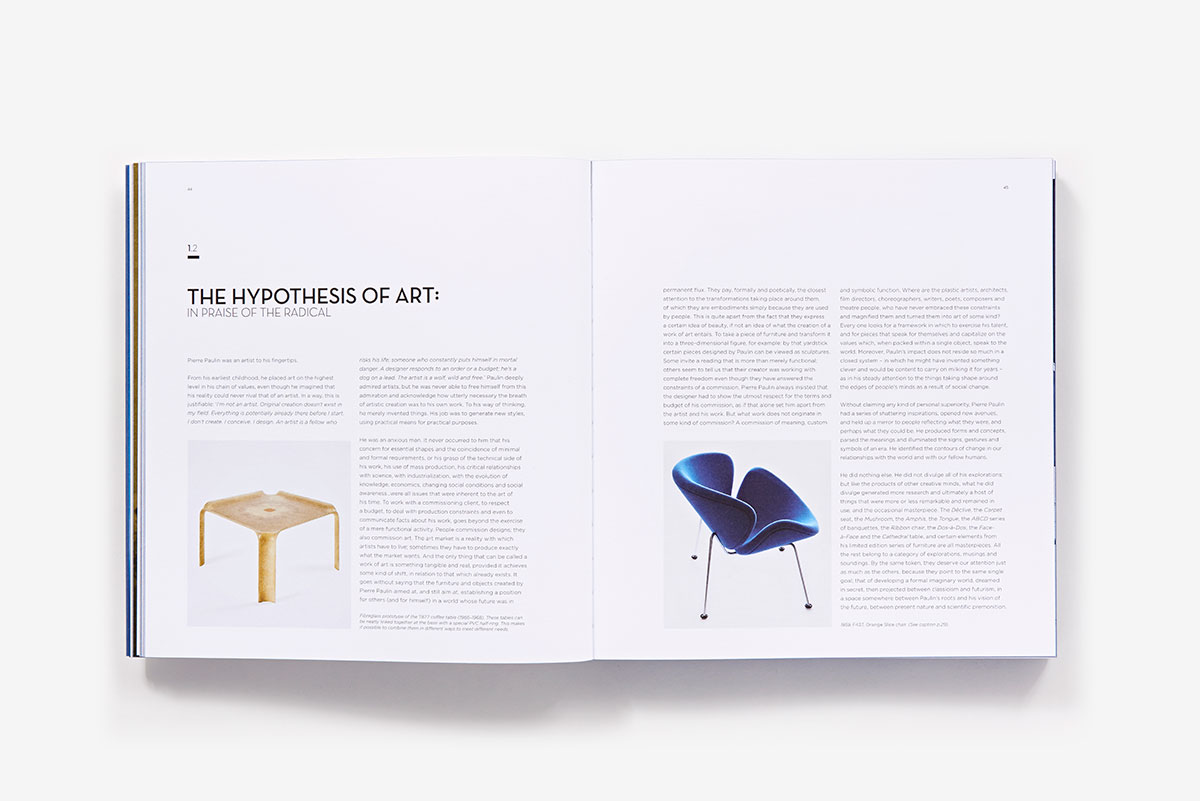 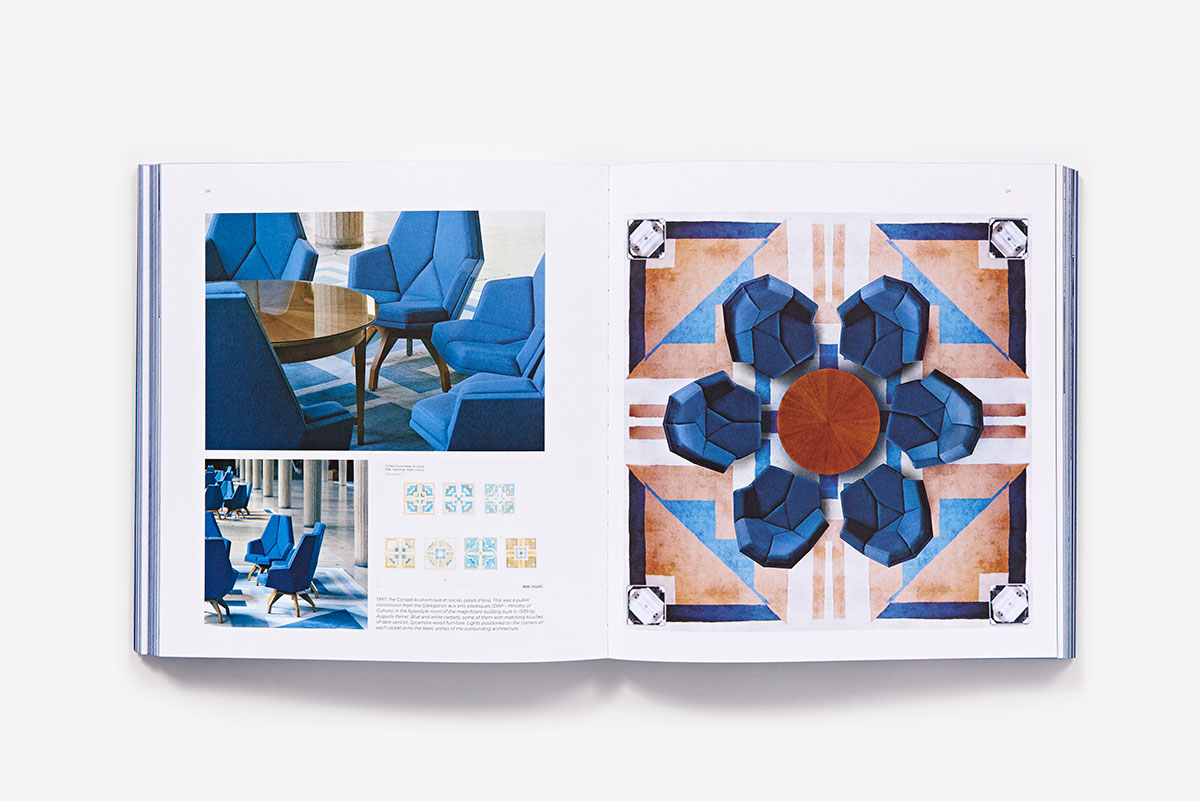 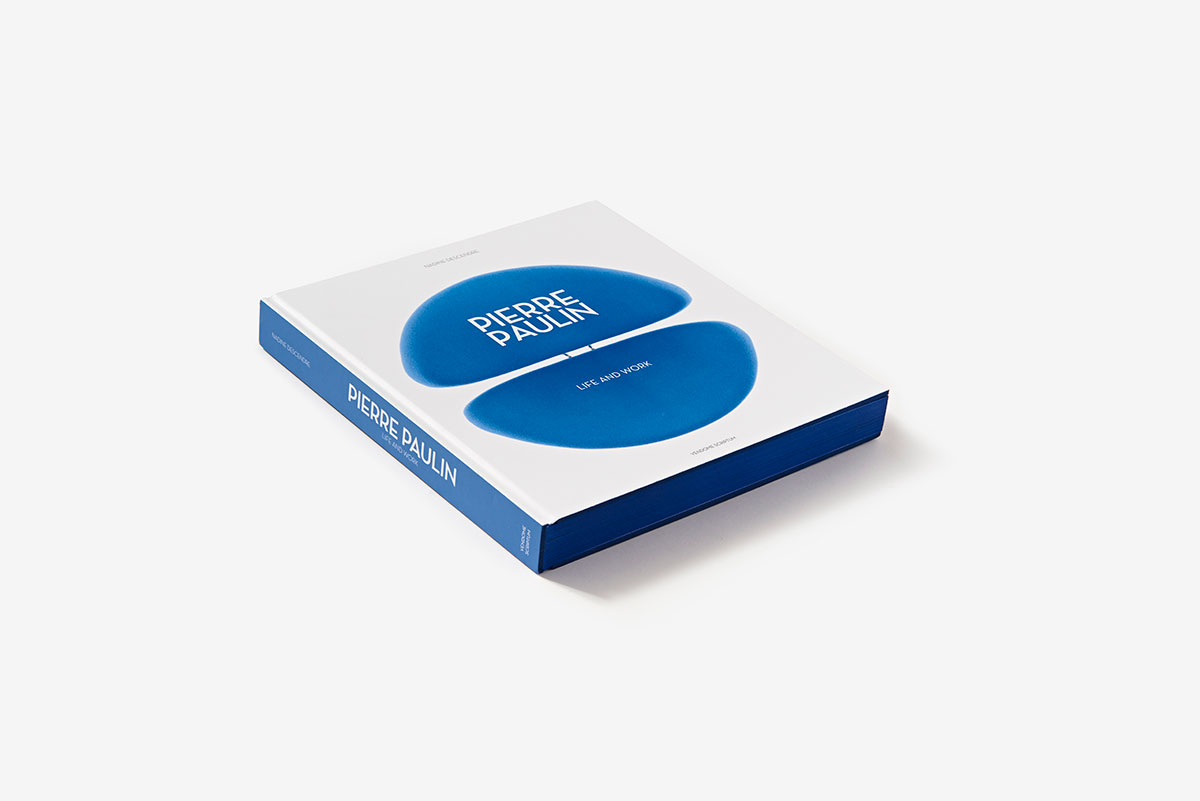 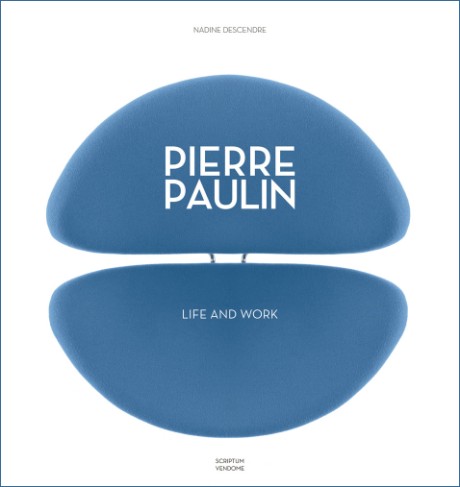 Playfully rejecting the orderly restraint of midcentury design, the French avant-garde designer and architect Pierre Paulin (1927–2009) imagined sleek departure lounges for the jet set, perfume bottles for Courrèges, and unforgettable Pop-era pieces like the Orange Slice chair, the shell-shaped Oyster chair, and the Tongue, a wavy, low-slung chaise. Paulin’s signature innovation was to wrap his pieces in colorful stretch jersey, softening them and concealing their inner steel and wood. In their casual, kinetic sprawl, his chairs not only offered an invitation to relax and lounge; they also took the temperature of Paris in the late 1960s. Fascinated by the possibilities of new materials, Paulin was both a modernist and a traditionalist, a designer who took equal care designing ordinary objects such as fans, razors, and fondue pots as he did outfitting the private quarters of French presidents Pompidou and Mitterand. This vibrantly illustrated book draws from previously unpublished archives a wealth of vivid drawings, models, and photographs to reveal the restless energy of this midcentury icon, whose works are finding new popularity today.

"Capturing the designs of Pierre Paulin, whose internationally lauded work departed from the linear restraints of midcentury design, Pierre Paulin: Life and Work depicts a bygone era of sleek departure lounges and pop-era icons. . . . Paulin's fondness for bright colors seeps off the pages--even the book's edges are a bright blue."
Surface —

"Pierre Paulin: Life and Work should be at the top of design lovers' reading lists."
Esquire —

"Pierre Paulin: Life and Work by Nadine Descendre [is] a sumptuous volume about a French classic of modernism. . . . Paulin's recognition long overdue, the book moves him up to the front burner."
Elle Decor —

"Nadine Descendre [offers] glimpses into the mind and character behind such classics as the Orange Slice chair. The effect is a slow-forming portrait of a conflicted and often controversial designer, colored with occasional bursts of detail from personal accounts, beautifully interspersed with radiant unpublished sketches, vivid models, and family photographs."
Metropolis magazine —

Nadine Descendre is a journalist, art critic, documentary filmmaker, and curator. She is currently the Director of l’Agence Interculturelle Européenne (A.I.E.) in Paris.