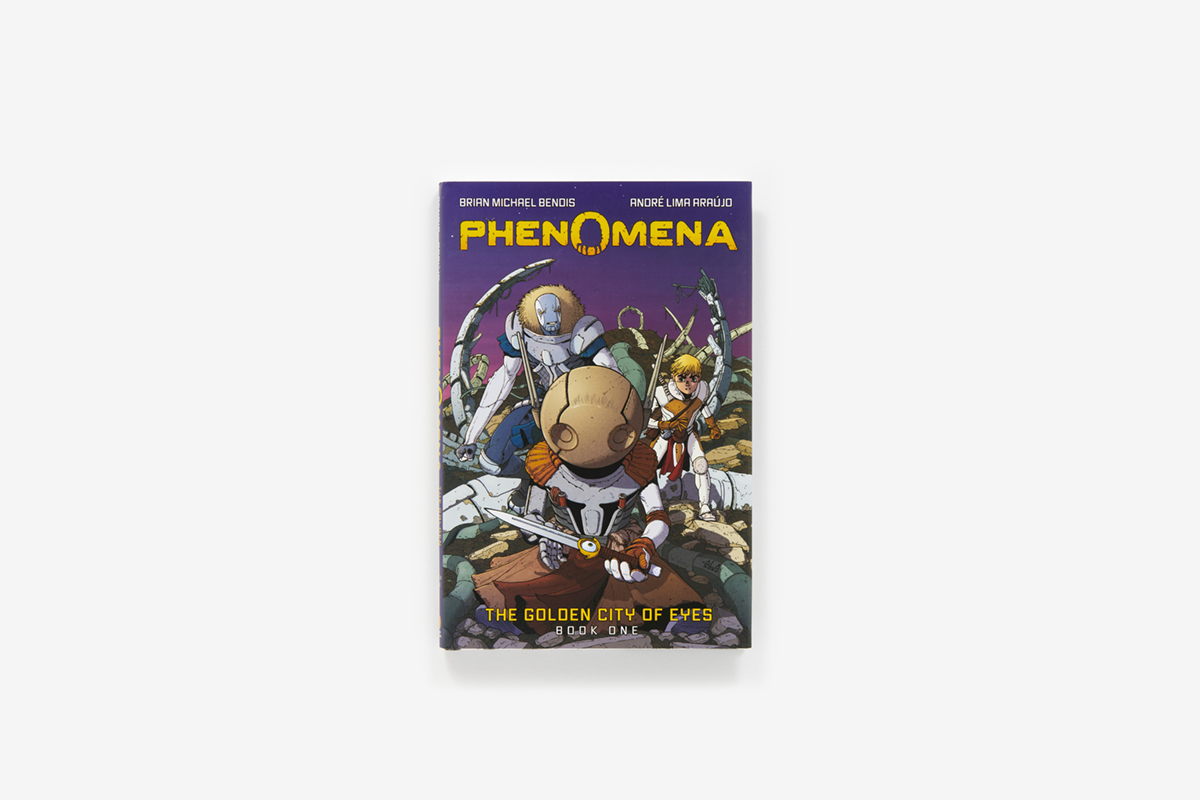 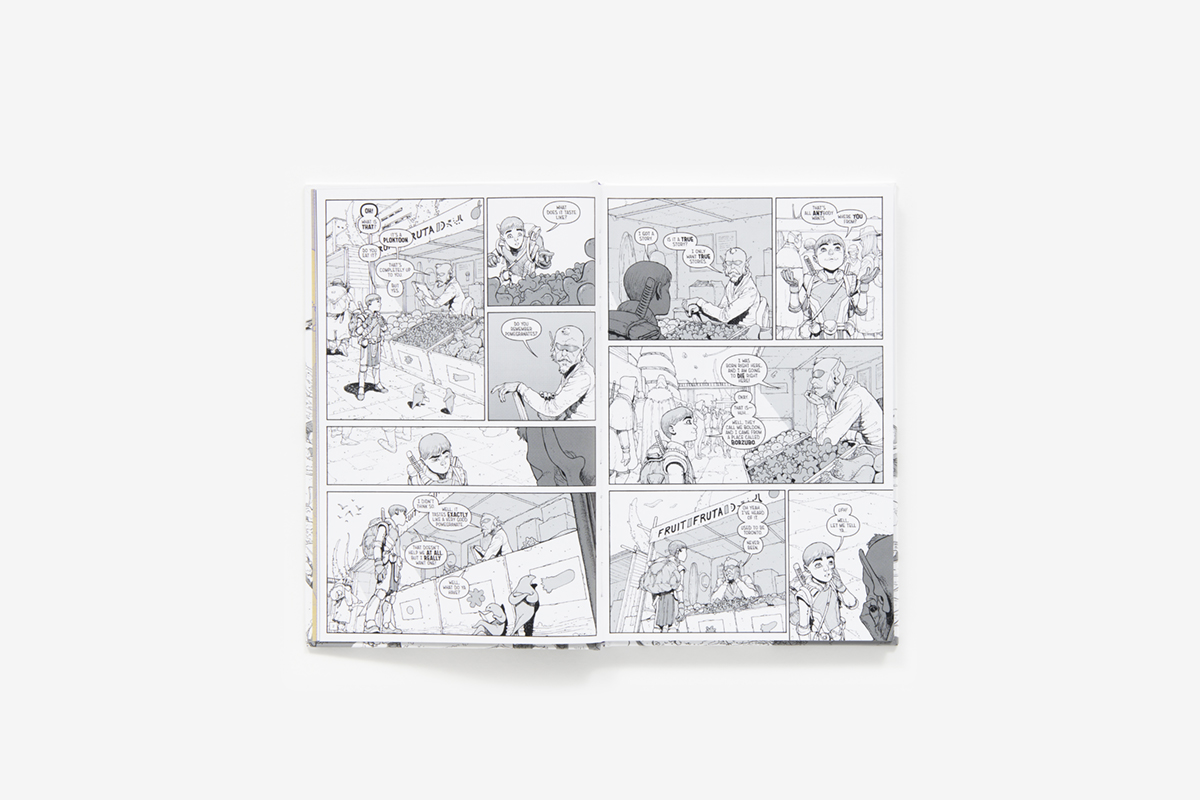 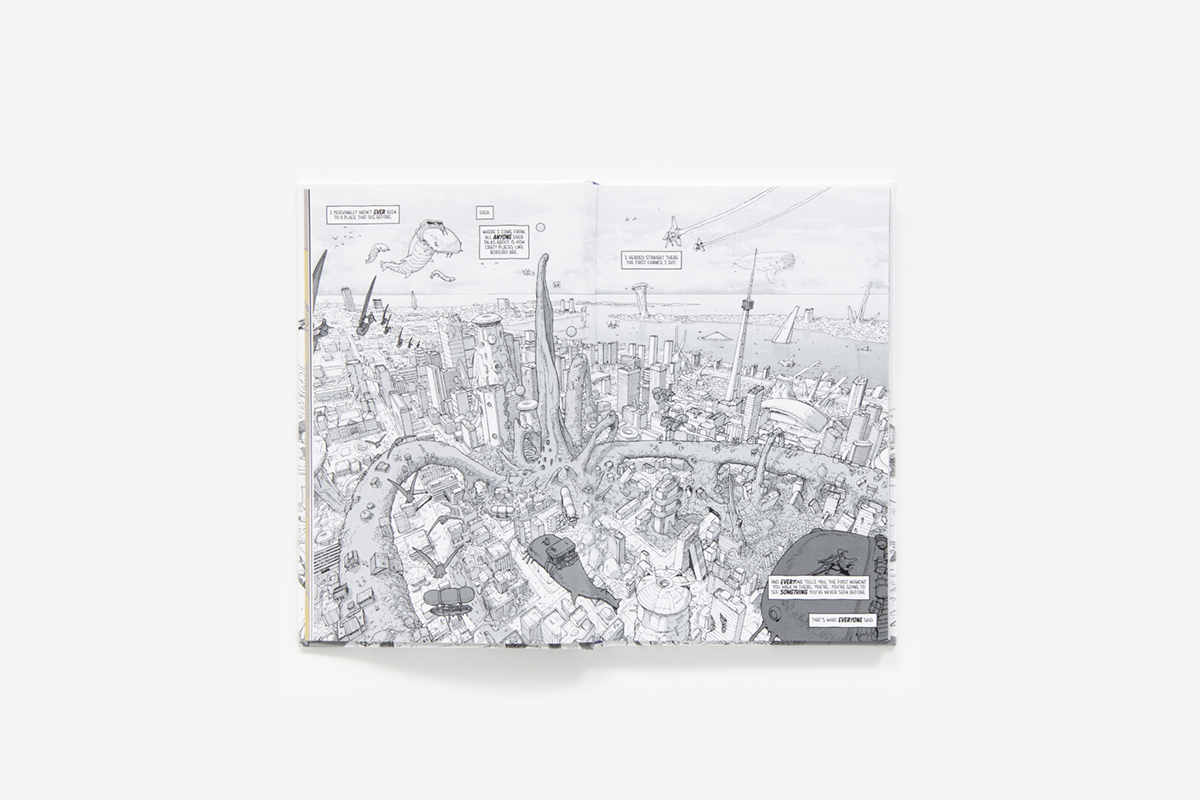 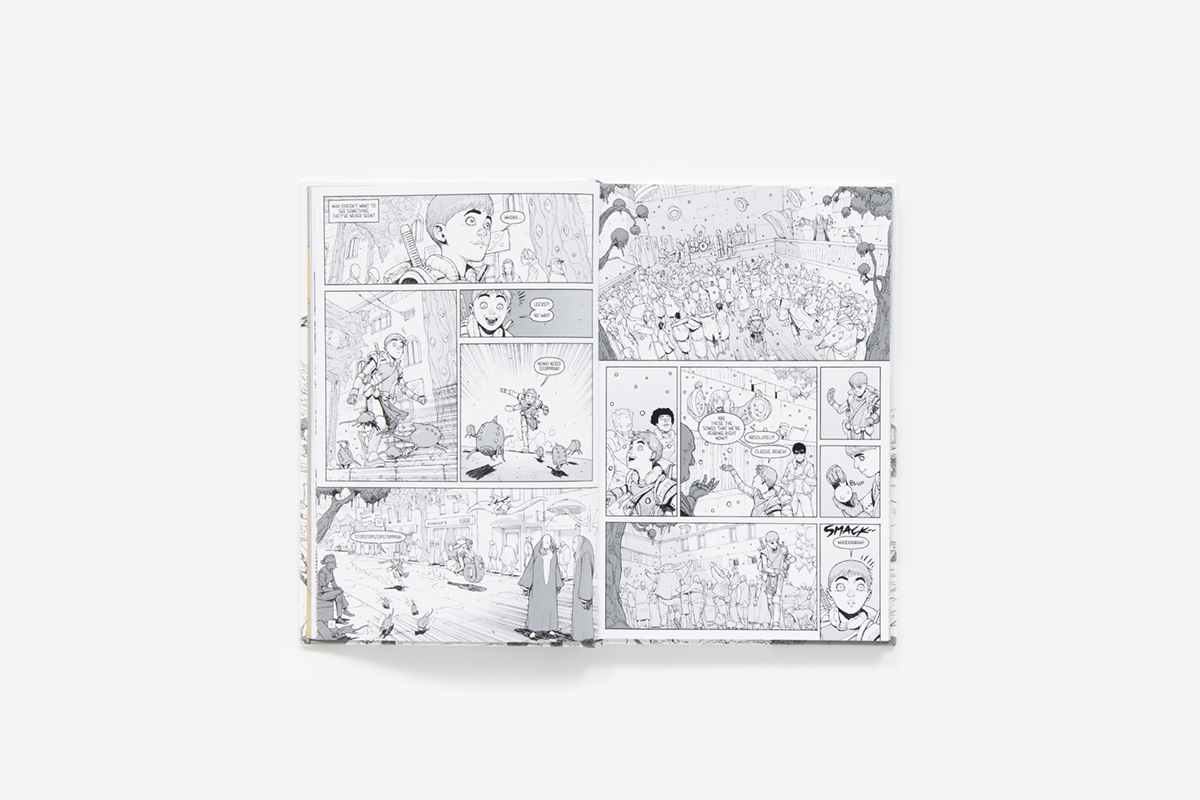 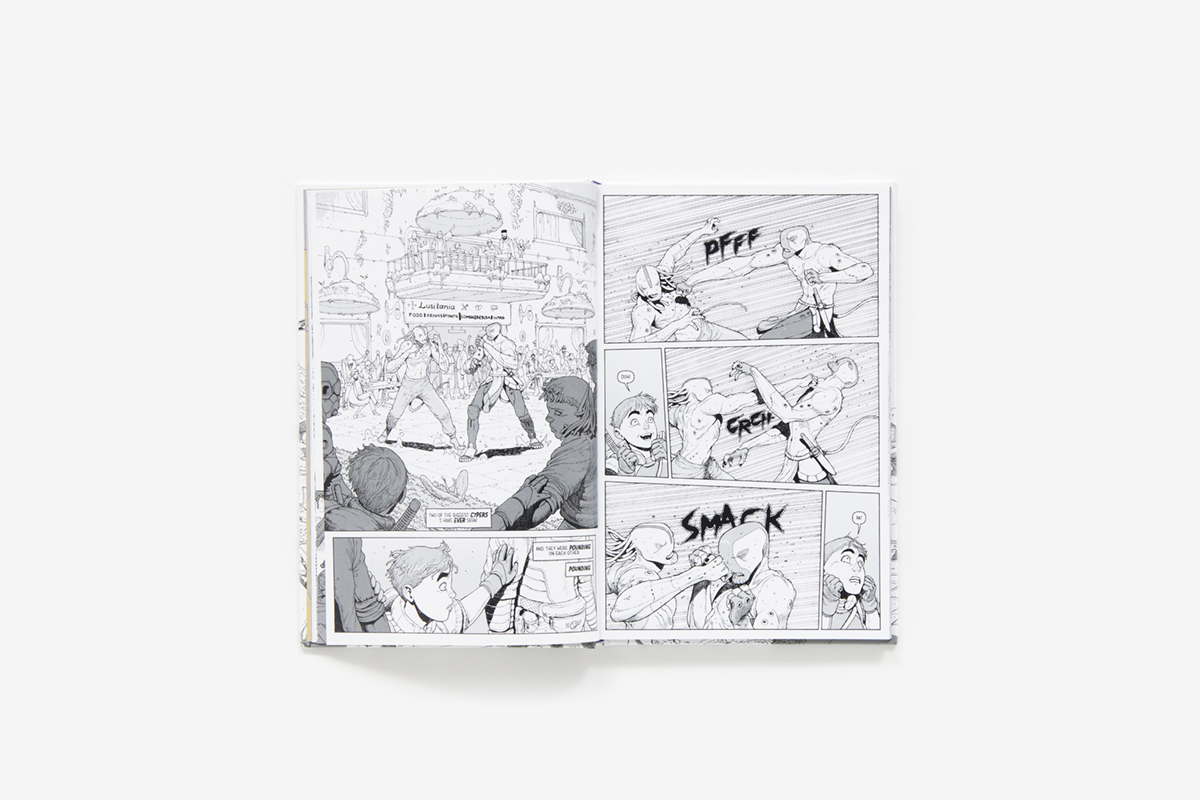 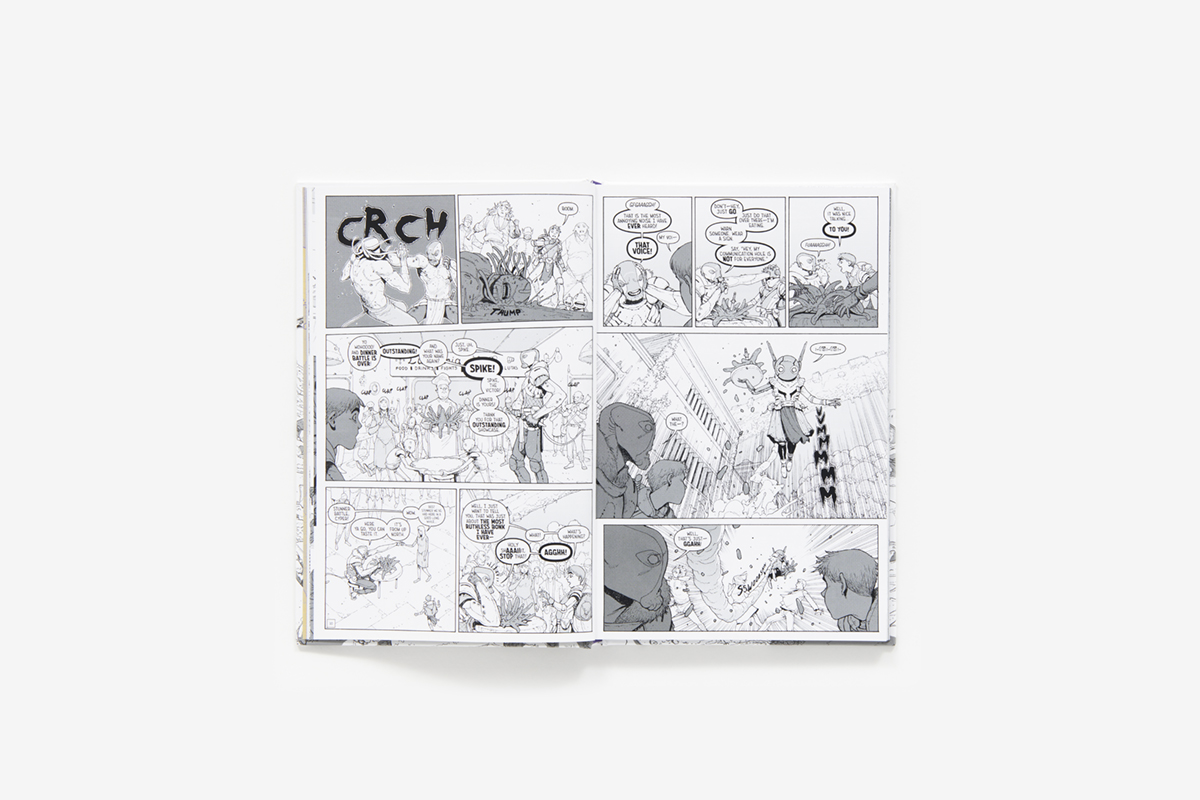 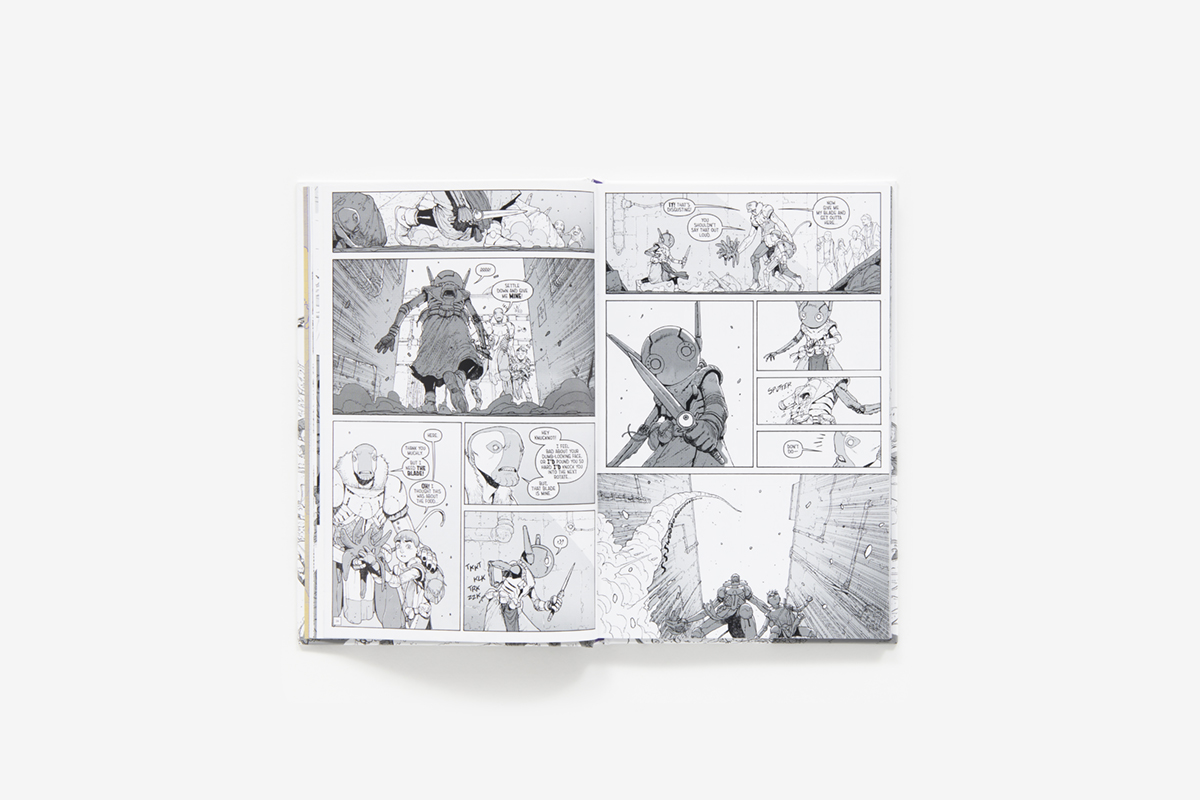 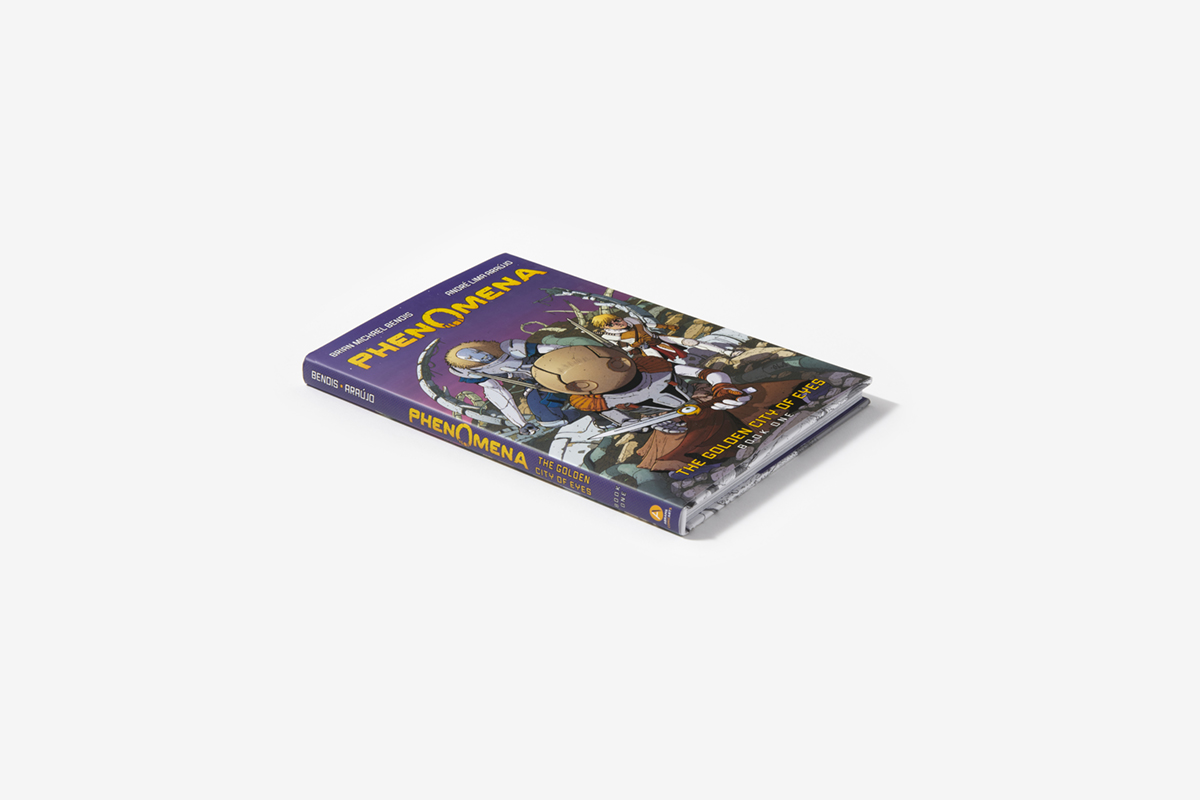 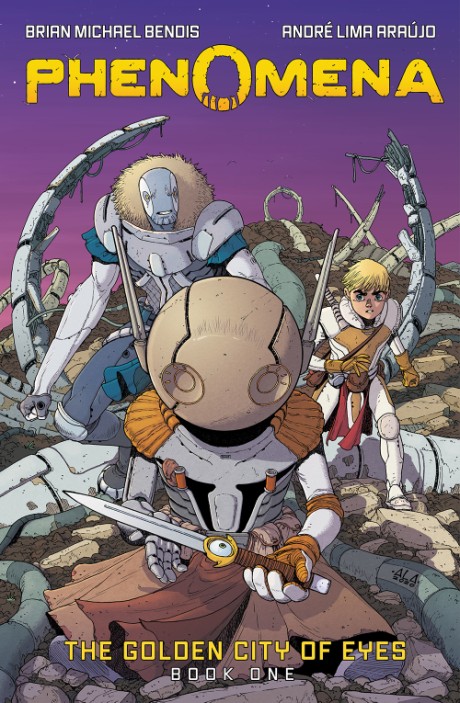 Phenomena is the story of a young boy named Boldon and his warrior friend Spike—survivors of a phenomena that took over Earth years ago. Not an apocalypse . . . something far more interesting. We follow Boldon and Spike as they are forced to team up with another lost orphan of the world, Matilde. The trio of heroes go on a globetrotting adventure that takes them to a magical, mysterious place called the Golden City of Eyes.

As they quest across this epically crazy new world looking for answers and purpose, they face off against dark forces big and small, changing the world better along the way. In each book in the series, our heroes travel to different parts of the magical world of Phenomena by various modes of transportation, each more and more fantastical than the mode that preceded it. Each journey is personal, and every chapter takes the trio toward a different, visually iconic destination, and each location, character, and chapter reveals clues to the shape of the world and how they got there—and, ultimately, their purpose.

With Phenomena, Brian Michael Bendis and André Lima Araújo deliver a universe chock full of unforgettable characters, full-tilt action, and stunning imagination and world-building that is perfect for fans of Avatar: The Last Airbender.

“The world-building, the scope, the creatures, and the architecture . . . Phenomena looks like nothing you’ve ever seen. Bendis has always been a master of the power of story, but with Araújo they unlock something entirely original and fantastic. You’ll love this—and your family will too.”
Brad Meltzer, bestselling author of the Ordinary People Change the World series —

“Humor, adventure, monsters, and mayhem—and the art is beautiful! A wild ride through a dangerous and wondrous sci-fi world from one of my all-time favorite writers!”
Kami Garcia, New York Times bestselling author of Teen Titans: Raven —

“Fans of cinematic fantasy will want to hop on this thrill ride, then reboard hoping for more to the story in the next volume.”
Publishers Weekly —

"Phenomena should appeal to anyone who loves the fantasy world of Avatar: The Last Airbender or Bendis' past work on Ultimate Spider-Man."
IGN —

“If you're looking for adventure, this is the book to for you.”
Comicbook.com —

Brian Michael Bendis is a Peabody and Eisner Award–winning comics creator, New York Times bestselling author, and one of the most successful writers working in mainstream comics. He is the co-creator of Miles Morales, Jessica Jones, Naomi, and dozens of other characters and stories. He lives in Portland, Oregon. André Lima Araújo is an architect and comics creator who has worked for the major comics publishers in the United States and on an ever-growing body of creator-owned projects. His latest book is the original crime thriller A Righteous Thirst for Vengeance, co-created with Rick Remender. Araújo lives in Ponte de Lima, Portugal, with his wife and their three daughters.