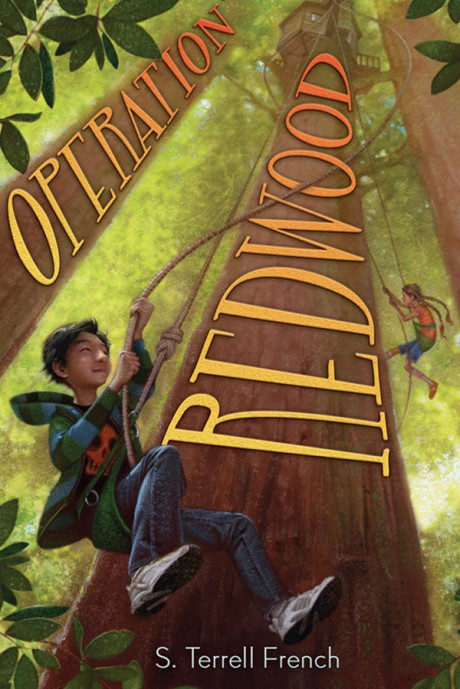 Clandestine e-mail exchanges, secret trips, fake press releases, and a tree-house standoff are among the clever stunts and pranks the kid heroes pull in this exciting ecological adventure.

“Sibley Carter is a moron and a world-class jerk,” reads Julian Carter-Li in an angry e-mail message meant for his greedy, high-powered uncle. The fateful message sets him on the course to stop an environmental crime! His uncle's company plans to cut down some of the oldest California redwood trees, and it's up to Julian and a ragtag group of friends to figure out a way to stop them. This thrilling, thoughtful debut novel shows the power of determined individuals, no matter what their age, to stand up to wrongdoing.

“Fast paced and full of fun . . . Reminds readers that everyone, no matter how large or small, can take action on issues that are important to them.” —School Library Journal

“One of the finest children's novels of the year . . . A true emotional journey full of adventure, friendship, complex morality, trust, lies, and discovery.” —A Fuse #8 Production

S. Terrell French once spent two months as a Forest Service volunteer in Alaska. Now she is an environmental lawyer who lives with her family in San Francisco. Operation Redwood is her first novel, and has won several awards. Find out more at www.operationredwood.com.