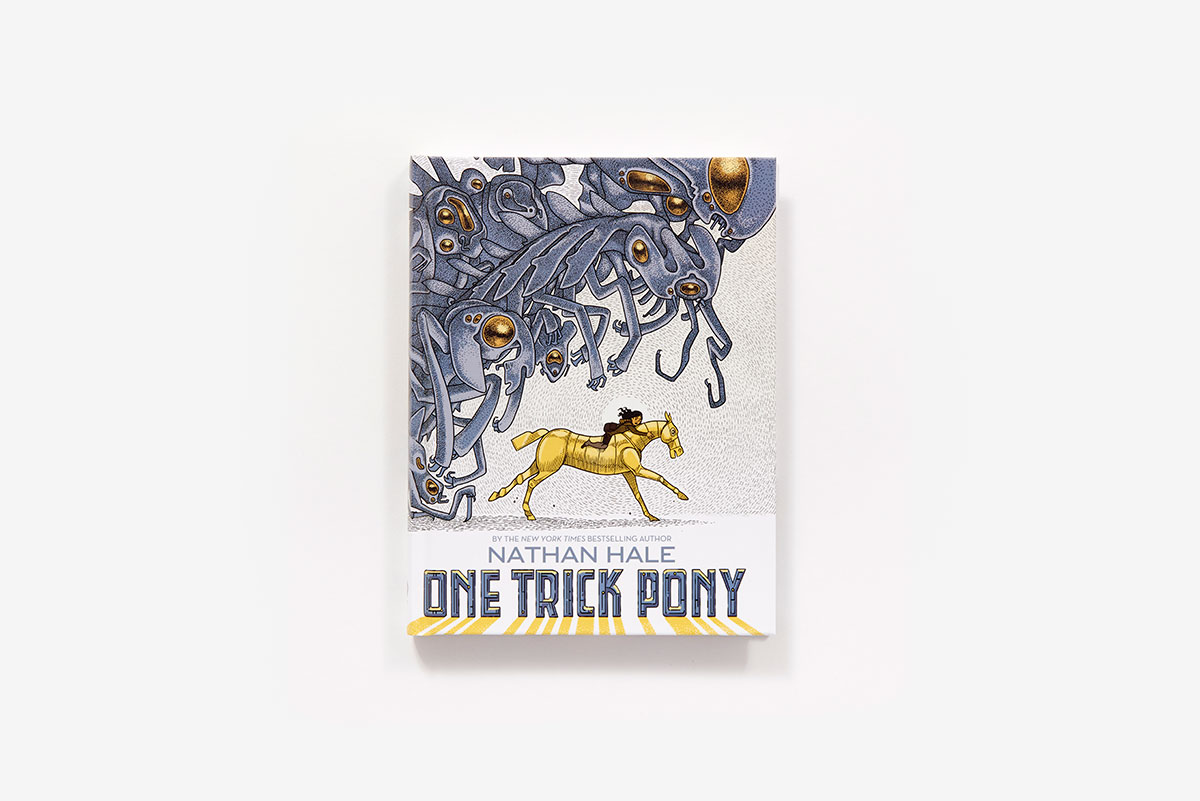 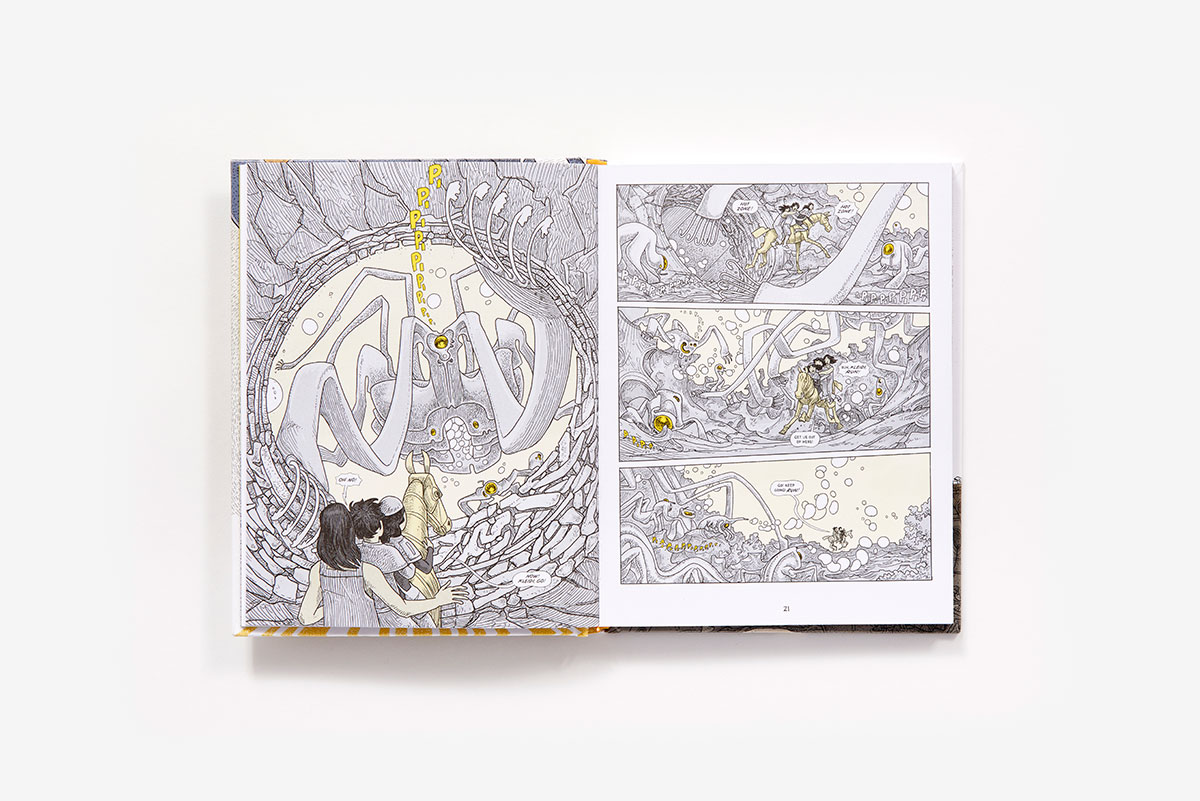 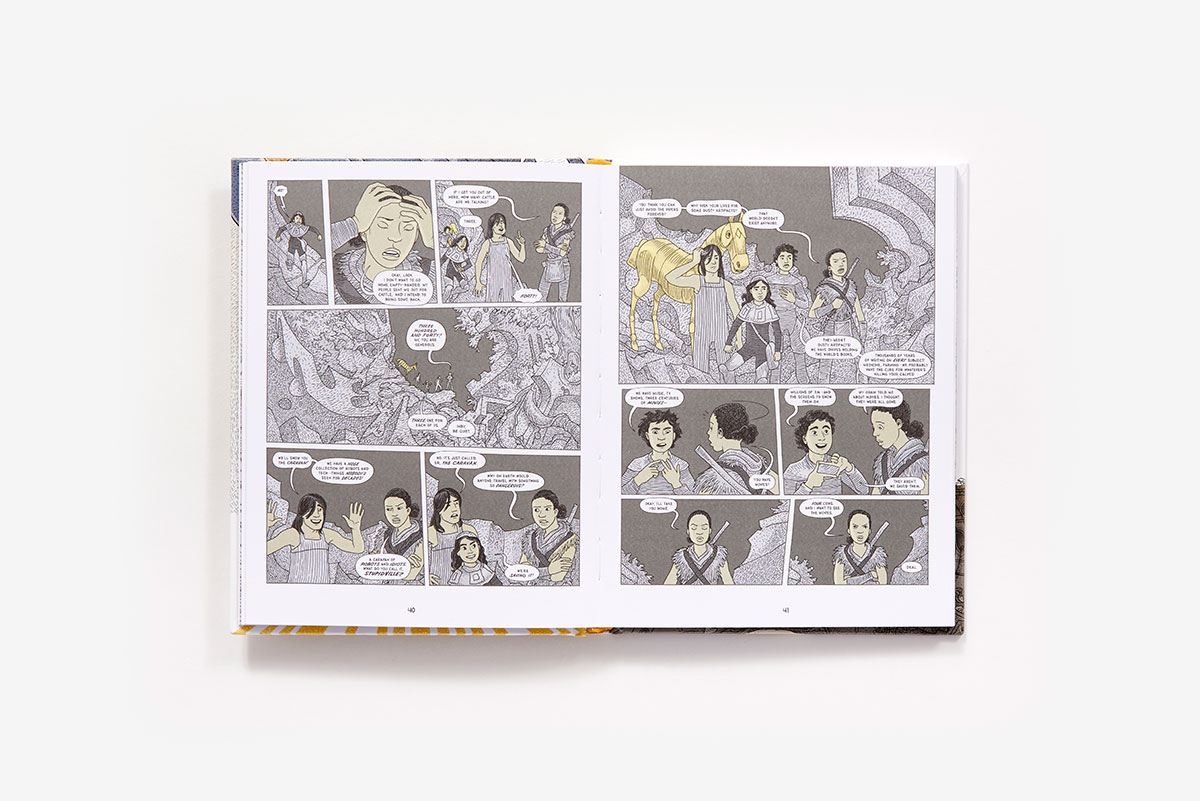 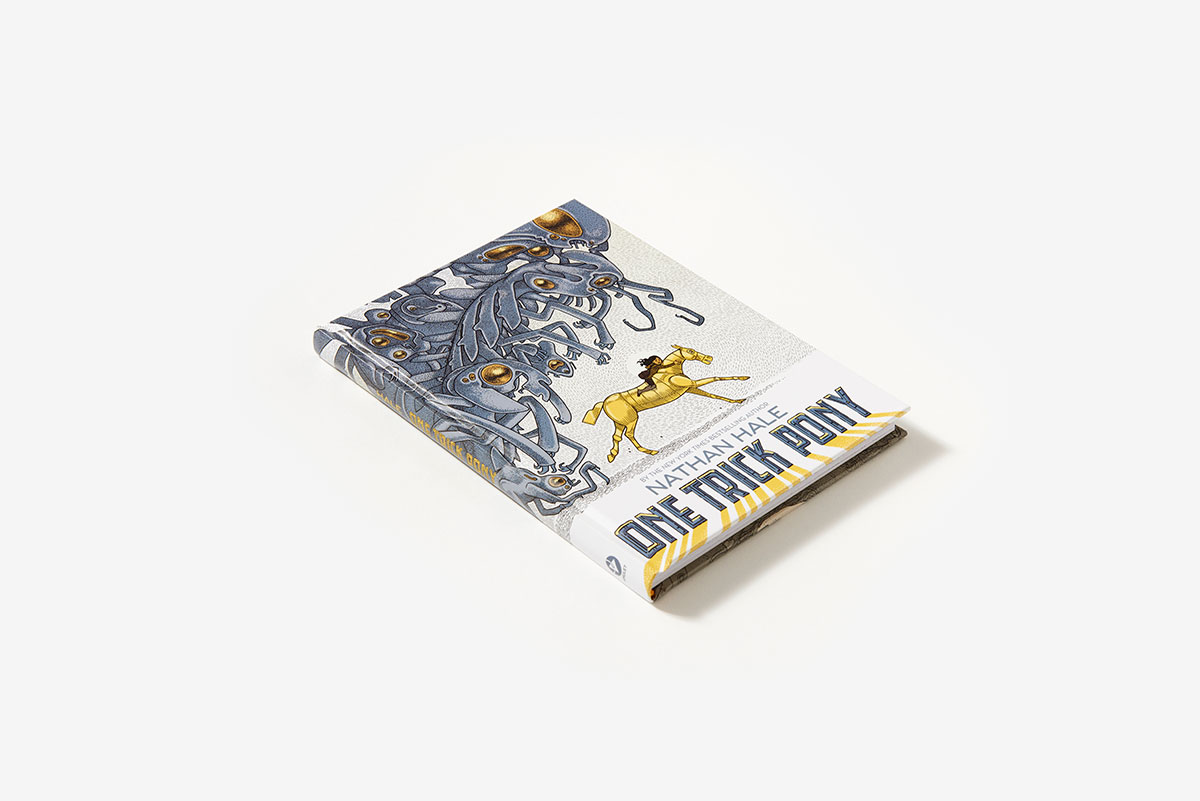 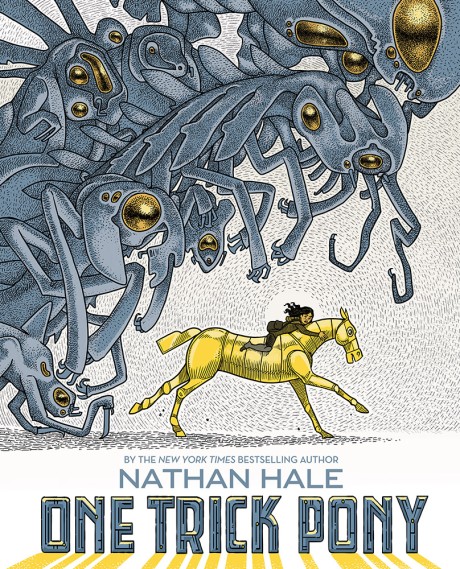 In a desolate future, a group of kids—and one special robot pony—are the key to Earth’s salvation.

Ever since the invasion, humans have been on the run from giant alien blobs who suck up electrical devices (and human limbs!) wherever they can find them. Strata and her family are part of a caravan of digital rescuers, hoping desperately to keep the memory of civilization alive. Other humans have reverted to a pre-electrical age, or have taken advantage of the invasion to become bandits. When Strata and her brother are separated from the caravan, they must rely on a particularly beautiful and rare robot pony to escape the outlaws and aliens-and perhaps even push back against the alien invaders.

"Hale imbues his latest with pathos, action, and perfectly timed moments of comedy, but it's the imaginative landscape, spot-on visual pacing, and confident line work that make this adventure tale really zing." —Booklist

"The aliens themselves are visu-ally exceptional—huge, gluttonous, and oozing privilege in both their actions and their physical presentations." —Bulletin of the Center for Children’s Books

" The story combines an exciting science fiction plot with down-to-earth teenage characters...The real allure to the work is the use of different kinds of lines used to build textures, provide atmosphere, and portray characters." —School Library Connection

"With an engaging, racially diverse cast this high-stakes epic adventure should have wide appeal...Hale shepherds this complex narrative with the same sure hand as his graphic novel series of real stories from history." —Horn Book Magazine

"While beautifully concise, it still manages to squeeze in loads of suspense, chills (though nothing too nightmare-inducing), action and entertaining character dynamics — all within a refreshingly original take on post-apocalyptic hellscapes." —New York Times Book Review

Nathan Hale is the #1 New York Times bestselling author and illustrator of Nathan Hale’s Hazardous Tales. He also illustrated the graphic novel Rapunzel’s Revenge, which was an Al’s Book Club for Kids selection, an ALA-ALSC Notable Children’s Book, and a YALSA Great Graphic Novel for Teens. He lives in Provo, Utah.