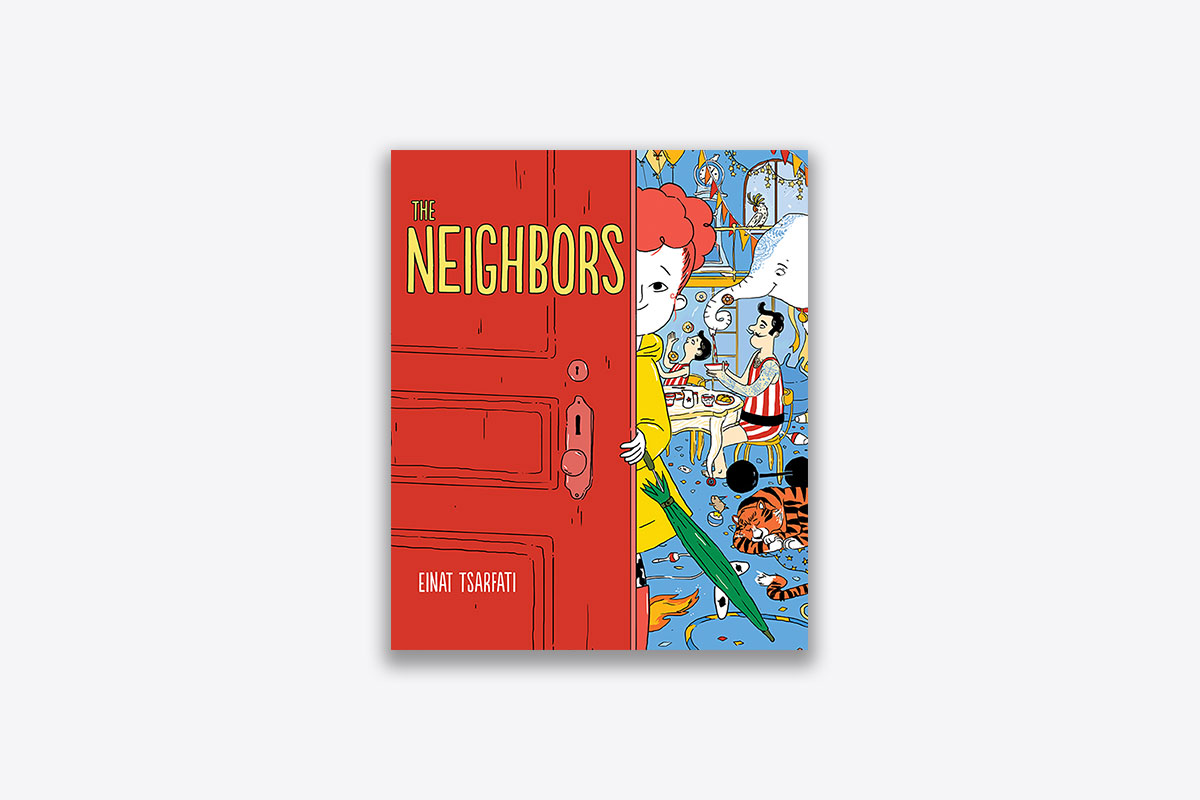 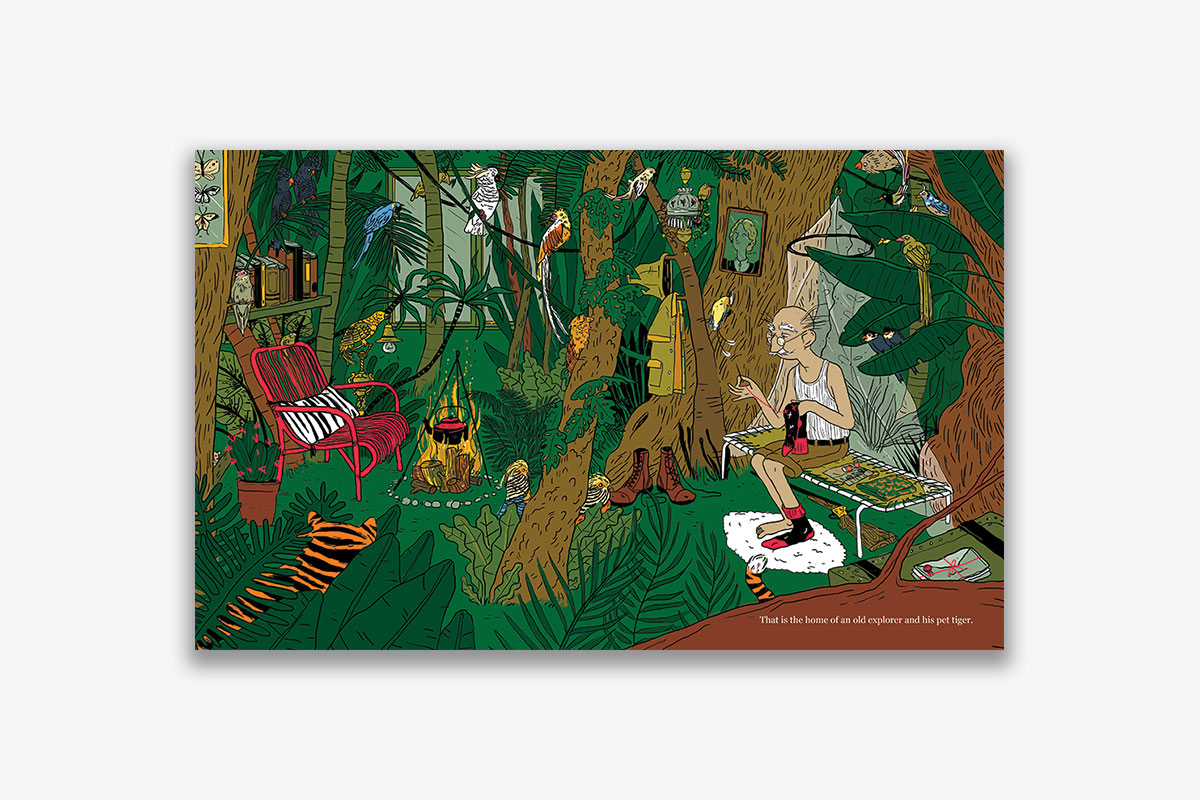 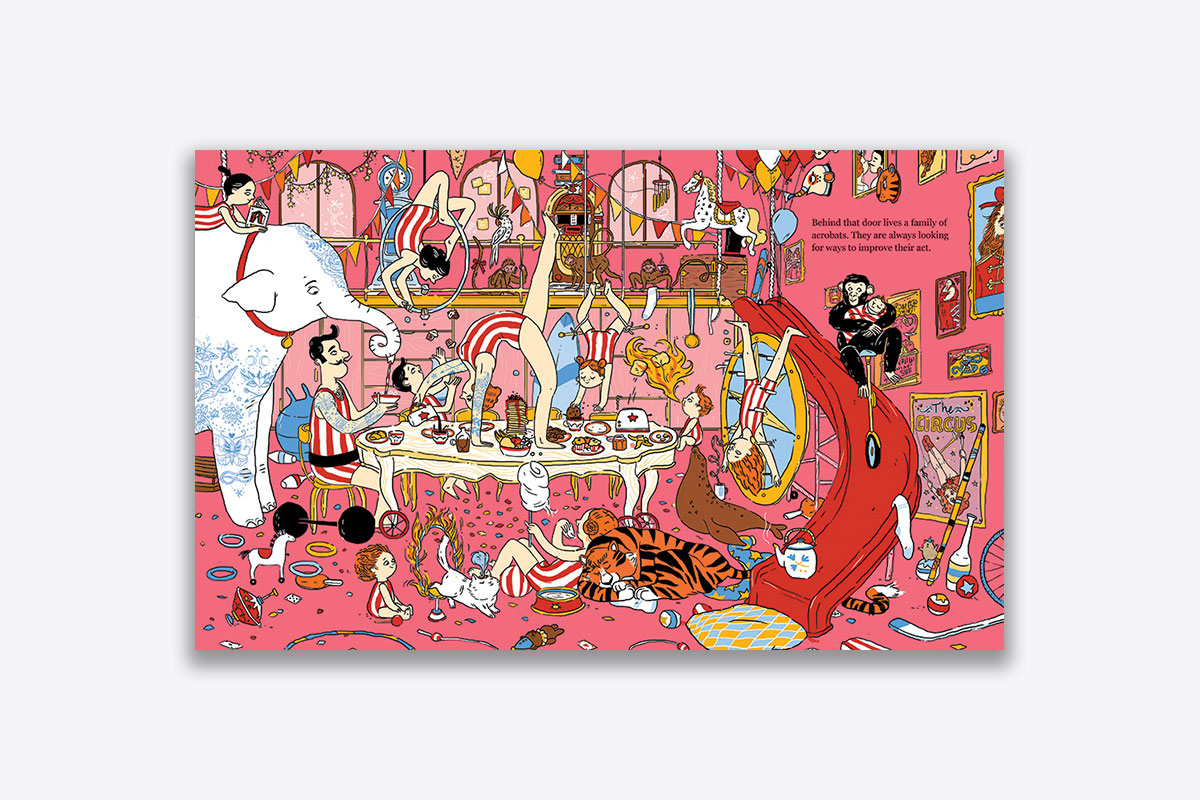 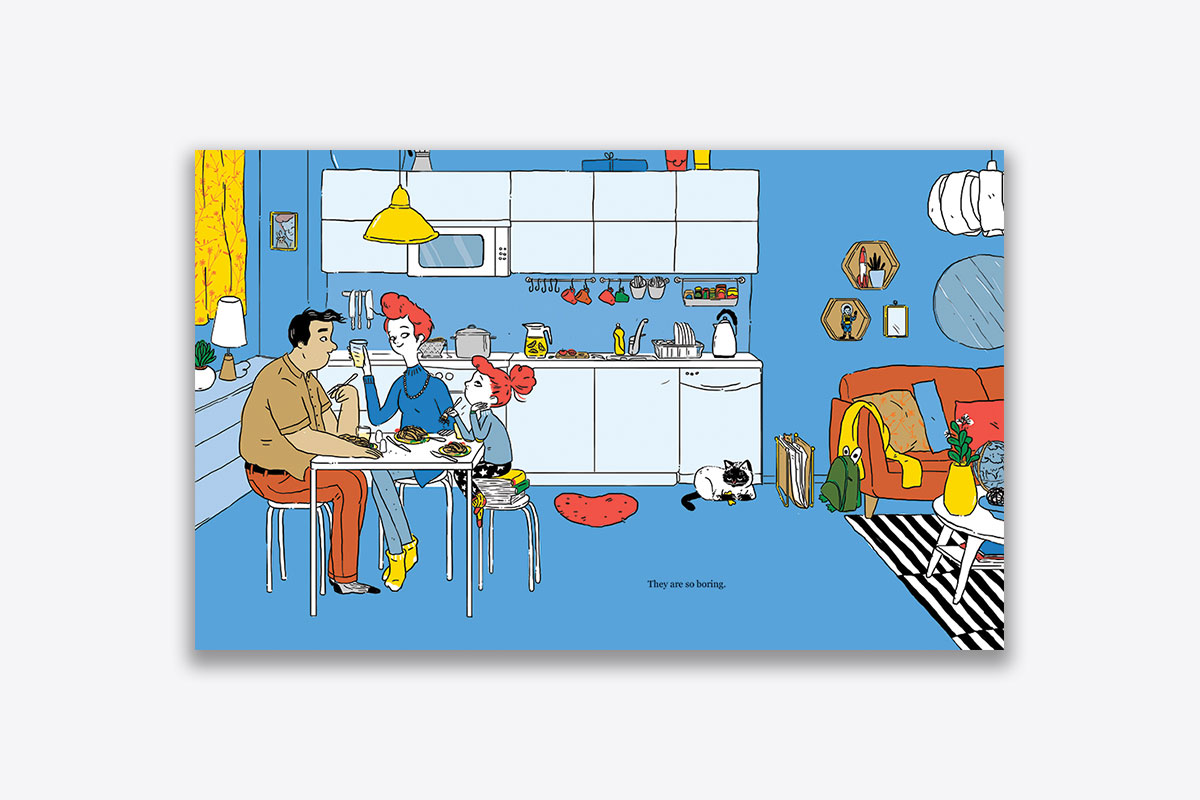 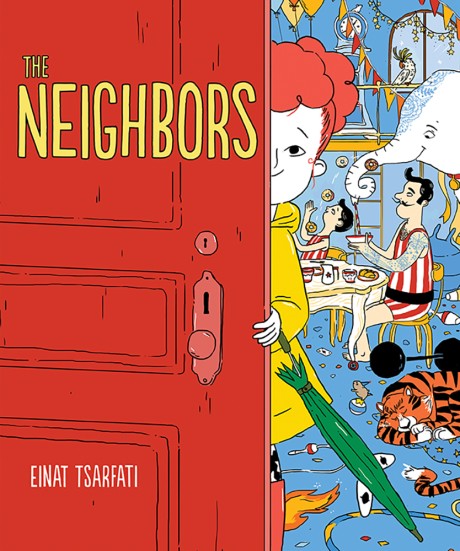 As a young girl climbs the seven stories to her own (very boring!) apartment, she imagines what’s behind each of the doors she passes. Does the door with all the locks belong to a family of thieves? Might the doorway with muddy footprints conceal a pet tiger? Each spread reveals—in lush detail—the wilds of the girl’s imagination, from a high-flying circus to an underwater world and everything in between. When the girl finally reaches her own apartment, she is greeted by her parents, who might have a secret even wilder than anything she could have imagined!

**STARRED REVIEW**
"This book is one delightful, imaginative reveal after another, ending with a fabulous double-twist chuckle. The text is simple and elegant, supported by absolutely charming images, and it’s icing on the cake that the illustrations are so internationally inclusive . . . The pages warrant long, wondrous examinations and afford readers almost endless satisfaction in the tiny discoveries awaiting them."
Booklist —

"A closing spread undermines her earlier statement about her "boring " parents by depicting them as superheroes. This fantastic twist reintroduces the possibility that anyone might reside behind the neighbors' doors, after all. Delightfully ambiguous and recursive"
Kirkus Reviews —

"The surprise ending in this zany and imaginative picture book is sure to have young readers going back to reread and look for clues."
School Library Journal —

Einat Tsarfati graduated with honors from the Visual Communication department at the Bezalel Academy of Arts and Design in Jerusalem. She is a freelance editorial illustrator as well as the illustrator of books for children, including An After Bedtime Story.