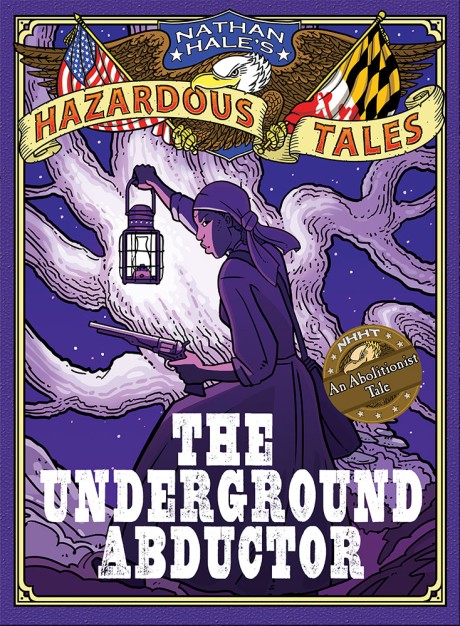 An Abolitionist Tale about Harriet Tubman

Araminta Ross was an enslaved woman born in Delaware. After years of backbreaking labor and the constant threat of being sold and separated from her family, she escaped north to freedom. Once there, she changed her name to Harriet Tubman. She would go down in history as a hero and spy who helped hundreds of American slaves run away and find freedom by following the Underground Railroad.

Here is the true tale of a remarkable African American woman, told as a story filled with danger, espionage, and even humor. Beginning with Tubman’s childhood—and discussing other notables in the war against slavery such as Nat Turner and Frederick Douglass and the issue of slavery and its effect on the nation’s history—here is the breathless, terrifying true story of Tubman on the Underground Railroad, where she risked her own life over and over again to bring others to freedom.

This telling of Tubman’s story brings to life the tale of a remarkable black woman who has gone down in history as a unique American heroine.