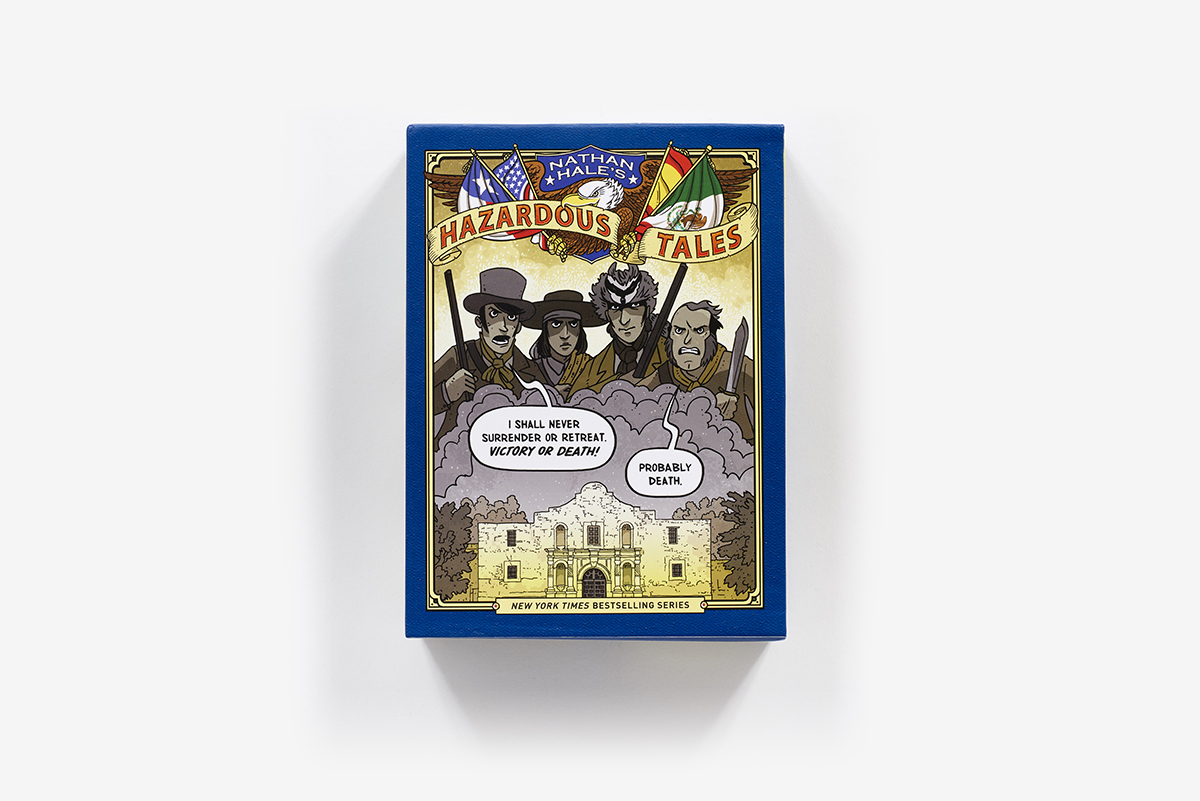 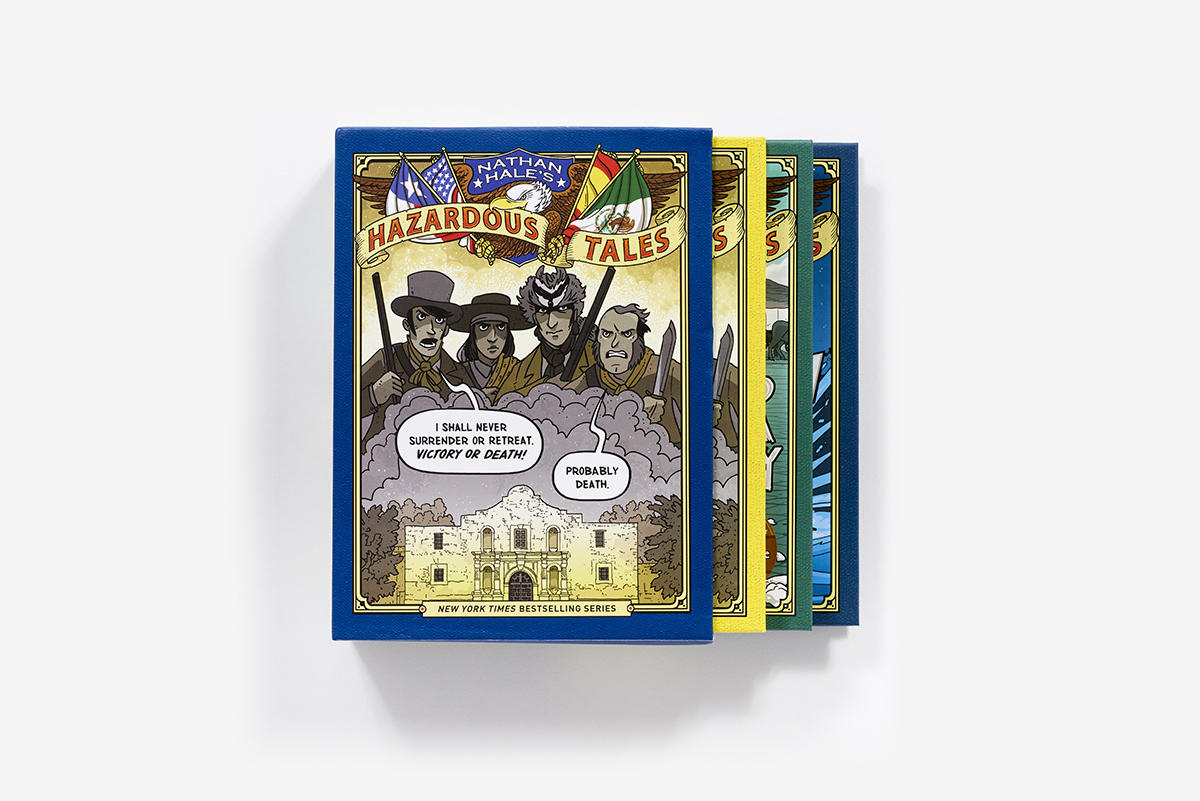 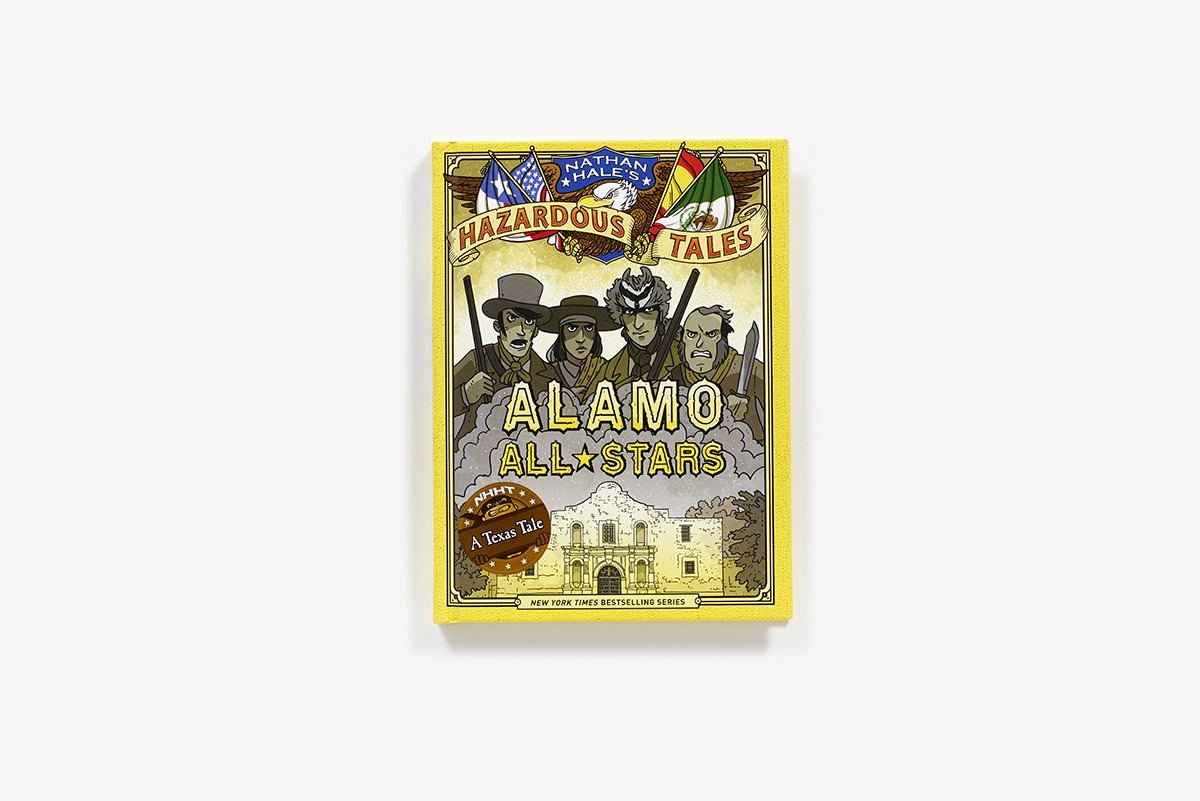 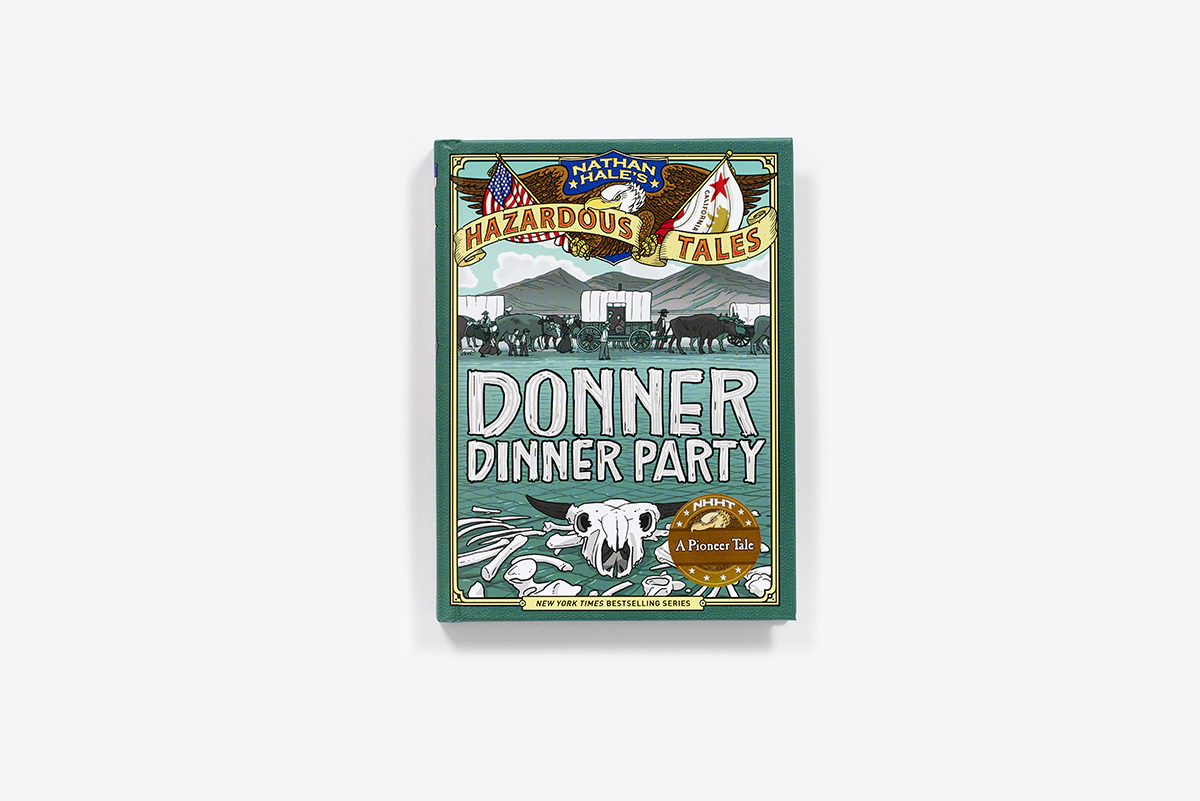 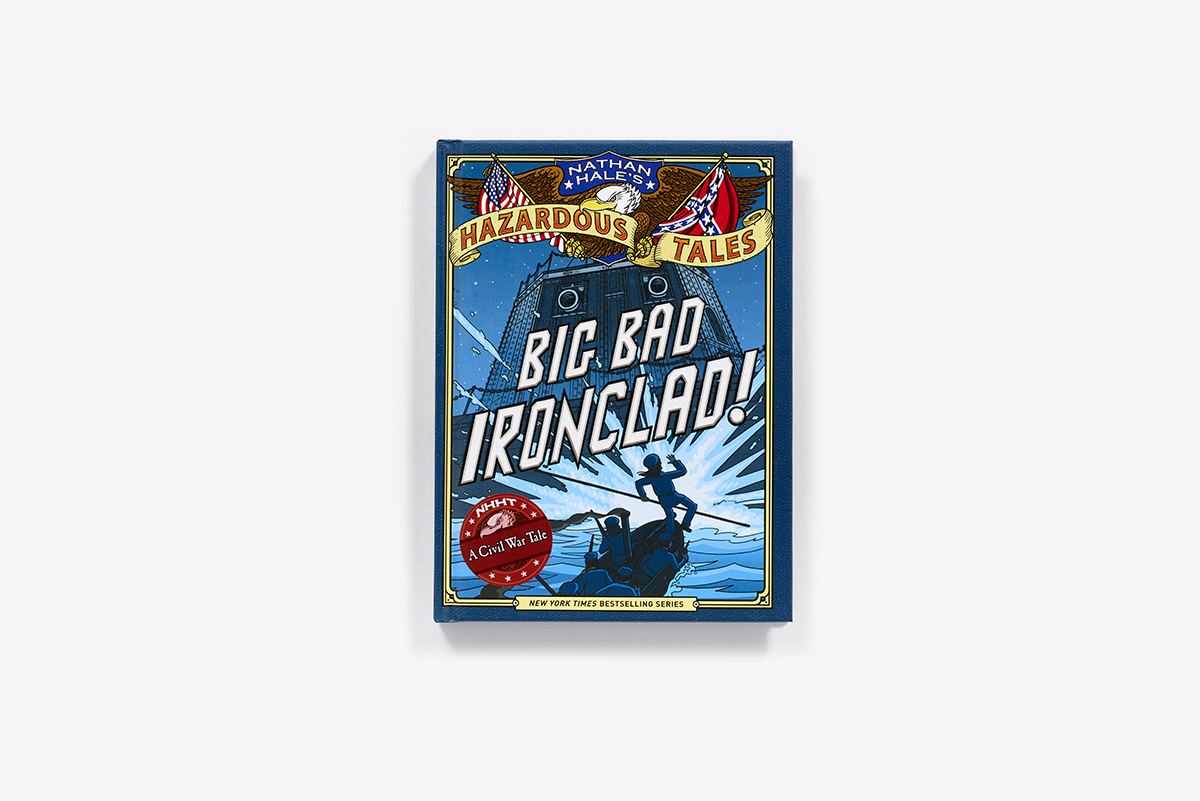 Even more of Nathan Hale’s Hazardous Tales are now available in a three-box set! Get three of the most popular titles from the #1 bestselling series: Big Bad Ironclad! (a Civil War Tale), Donner Dinner Party (a Pioneer Tale), and Alamo All-Stars (a Texas Tale). Hilarious, gruesome, and packed with facts, this series introduces readers to some of the strangest moments in history.

Nathan Hale is the #1 New York Times bestselling author and illustrator of the Nathan Hale’s Hazardous Tales series, which includes One Dead Spy; Donner Dinner Party; Treaties, Trenches, Mud and Blood; Big Bad Ironclad!; Alamo All-Stars; and The Underground Abductor, one of which earned a place on the Texas Bluebonnet Award Master List. He also illustrated the graphic novel Rapunzel’s Revenge, which was a TODAY show “Al’s Book Club for Kids” selection, an ALA-ALSC Notable Children’s Book, and a YALSA Great Graphic Novel for Teens, as well as the recipient of three starred reviews. Nathan lives in Orem, Utah. www.hazardoustales.com.