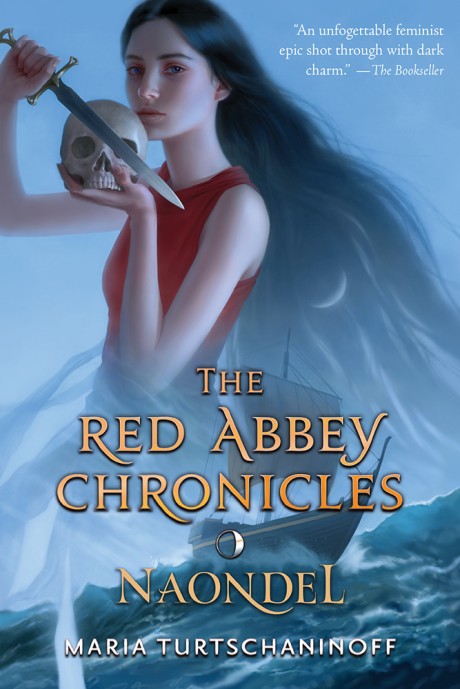 Booklist called Maresi “utterly satisfying and completely different from standard YA fantasy.” Now, Naondel goes back to establish the world of the trilogy and tells the story of the First Sisters—the founders of the female utopia the Red Abbey.

Imprisoned in a harem by a dangerous man with a dark magic that grants him power over life and death, the First Sisters must overcome their mistrust of one another in order to escape. But they can only do so at a great cost, both for those who leave and for those left behind. Told in alternating points of view, this novel is a vivid, riveting look at a world of oppression and exploitation, the mirror opposite of the idyllic Red Abbey.

**STARRED REVIEW** "This is a beautifully written story that lets us know that no matter how terrible life can be, there is a moment that can change it for the better if only you are willing to take the risk. " —School Library Connection

**STARRED REVIEW** "What sets this apart from other fantasies is the degree of character development. Readers see each narrator through the eyes of the five other narrators, making for complex, multilayered, and wholly believable portraits." —Booklist

"Turtschaninoff evokes colorful backstories and complex psyches, ultimately weaving these women's relationships personalities, and experiences into a potent, collaborative self-rescue from Iskan's bondage. This is not an easy story, with its perpetual backdrop of sexual violence, but in the foreground is a fierce, slow-burning exposition of female courage and resilience." —The Horn Book

"Beautifully written, this is the women's story of strength and courage to seize 'the moment'. . .Each character is fully developed and by the end, hope is restored through the women's perseverance." —VOYA Magazine

"This volume is a tapestry of interwoven tales of the women. Each thread plays a role." —School Library Journal 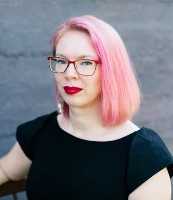 Maria Turtschaninoff began writing fairy tales at the age of five. She has been awarded the Finlandia Junior Prize, the Swedish YLE Literature Prize, and two Society of Swedish Literature Prizes. She is also an Astrid Lindgren Memorial Award finalist. Turtschaninoff has a master of arts in human ecology and works full-time as a writer. She lives in Finland.