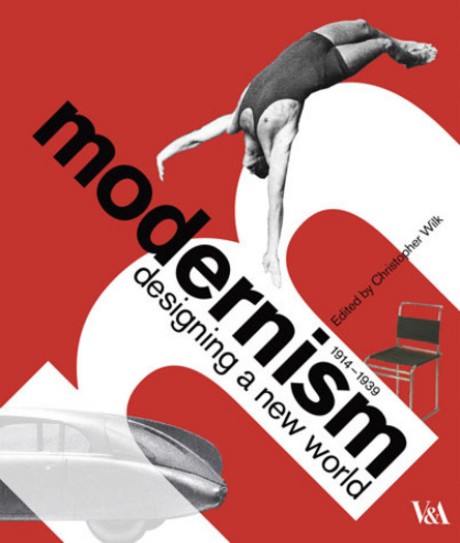 The first book to explore Modernism from a truly international perspective, Modernism: Designing a New World offers a reassessment of the concept and reveals the fundamental ways in which it has shaped our world and its visual culture.

Modernism flourished between 1914 and 1939, and became a key point of reference for 20th-century architecture, art, and design. This important, lavishly illustrated book demonstrates the movement's continued influence, on everything from the chairs we sit on to the buildings we occupy. The range of objects illustrated—including the fine arts as well as architecture, furniture, manufactured products, film, and graphic design—reflect the period's emphasis on the unity of the arts. Key artists and designers include Mondrian, Le Corbusier, Bourke-White, Eisenstein, and Breuer, along with lesser-known figures from around the globe.

Christopher Wilk is curator of the accompanying exhibition Modernism: Designing a New World and keeper of furniture, textiles, and fashion at the V&A.