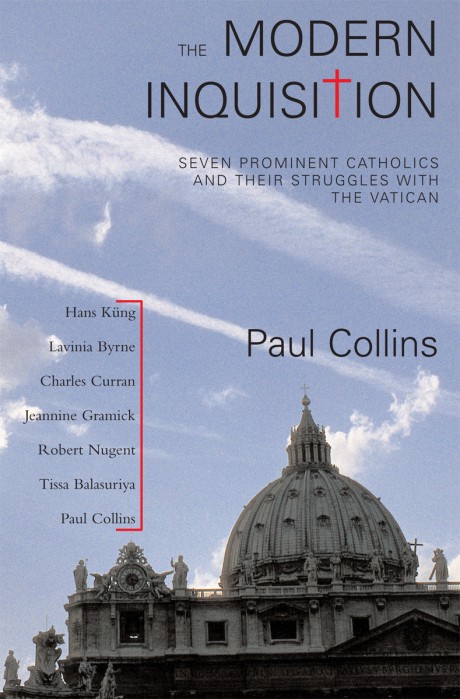 Seven Prominent Catholics and Thier Struggle with the Vatican

The Inquisition ceased burning and torturing heretics in the 18th century; A milder punishment awaits the dissidents today, principally excommunication or banishment from official teaching positions. Paul Collins has discovered- through his own experience and extensive research that the impact of the Vatican's investigations, through the Congregation for the Doctrine of the Faith, can be quite profound. Collins is the controversial Australian Catholic priest recently investigated by the Vatican for alleged heresy. He served the Church for 33 years and is generally esteemed for his dry wit and his ability to make his vocation accessible a trait many appreciated in an increasingly secular world. The Vatican, however, views Collins's less than reverential views as heretical and has been investigating him since 1997, when Collins' book Papal Power was singled out for supposed "doctrinal problems."The Modern Inquisition, compiled over the four years that the mysterious and secretive CDF deliberated on Collins' work, brings together the stories of others who have also been pursued, condemned, or vilified by the CDF. Here are seven fascinating accounts of how the modern Inquisition operates what it is like to be accused by anonymous informers, investigated in secret, and tried at arms length with no recourse to appeal.