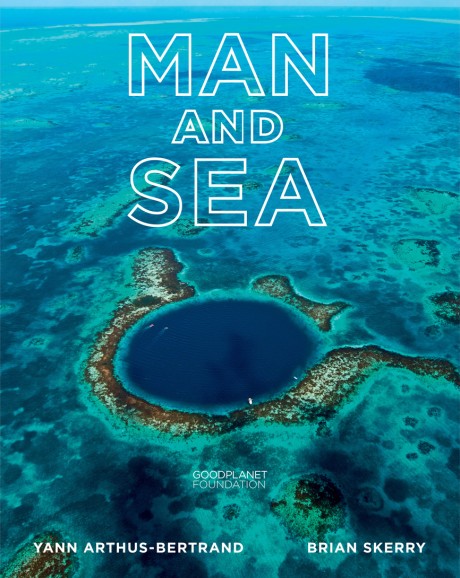 By Yann Arthus-Bertrand, and Brian Skerry

Spanning from the arctic to the tropics, from large-scale views of Australia's barrier reef to close-up images of sea turtles, Man and Sea is a compelling, entirely unique journey through a fascinating world. Spectacular aerial images by Yann Arthus-Bertrand and striking underwater photographs by Brian Skerry offer a top-to-bottom tour of the world's oceans, while the enlightening text covers the sea's critical mechanisms, from currents to food chains. Inspiring interviews of some of the world's most respected researchers and activists also offer cutting-edge insight into the many challenges, such as overfishing and pollution, facing the oceans today. Exploring the critical and ever-evolving relationship between mankind and the ocean, Man and Sea is an unforgettable portrait of the global issue of sustainable development.

Praise for Man and Sea:

"Mr. Skerry's Technicolor image of hard corals on the Kingman Reef far out in the Pacific and Mr. Bertrand's shot of the pale sand of Whitsunday Island near the Great Barrier Reef are cool and timeless portraits of treasures we might easily think limitless." —The Editors, Wall Street Journal

Yann Arthus-Bertrand is the award-winning photographer and author of more than 40 books, including the international bestseller Earth From Above, which has sold more than 3 million copies. Brian Skerry is a photographer renowned for creating thrilling underwater images for magazines such as Sports Illustrated, BBC Wildlife, GEO, Smithsonian, and Esquire, among many others. He is the author of the book Ocean Soul.