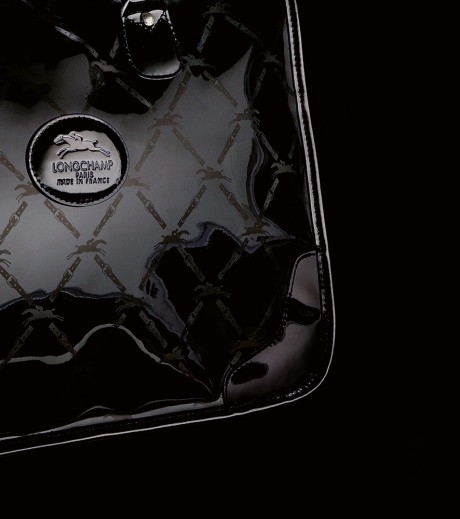 Longchamp, the French leather goods company, is perhaps best known for its Le Pliage line, a collection of foldable travel bags made of vinyl with leather trim; two billion Le Pliage bags have been sold since 1993. This lavish book retraces and celebrates the history of this famous company as it marks its 60th anniversary.

From its beginnings creating leather goods for smokers, to its expansion into small leather goods in the 1950s, to the opening of the first Longchamp boutiques in the 1970s and '80s, the company has always been known for quality and style. Today, Longchamp has cultivated a devoted following. Its partnerships with artists Thomas Heatherwick and Tracey Emin and advertising campaigns with supermodel Kate Moss have cemented the company's reputation as a stylish innovator.

In the early 1970s, Philippe Cassegrain, Longchamp's founder, designed a line of bags called "LM," destined for the Japanese market. Its success gave Longchamp a solid reputation as a creator of women's handbags and enabled the company to expand throughout the rest of Asia. To celebrate the company's 60th anniversary Longchamp is reprising the bag and updating its unique logo in conjunction with the pioneering Belgian artist Jean-Luc Moerman

Marie-Claire Aucouturier is a journalist who works with the French publications Citizen K and Journal du Dimanche. This is her first book. Philippe Garcia is a French photographer whose work is seen regularly in Marie Claire House and who has photographed advertising campaigns for Absolut Vodka and other companies. This is his second book.