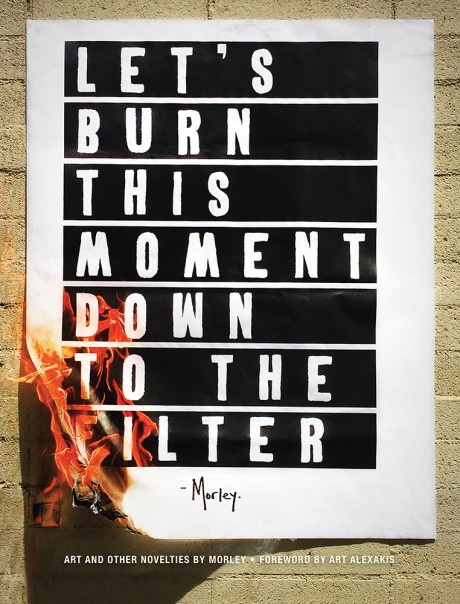 Let's Burn This Moment Down to the Filter

Art and Other Novelties

By Morley
Foreword by Art Alexakis

Let’s Burn This Moment Down to the Filter is Los Angeles–based artist Morley’s second collection of art created for the street. Blending humor, hope, and his unique perspective on life, he specializes in bold, typographic posters, which he wheat-pastes within the urban landscape. Disregarding legal boundaries and personal safety, Morley’s commitment to offering hope, humor, poetry, and wisdom is literally on display in each of his pieces.
The book includes a two-sided removable 11 x 16 1/2" poster 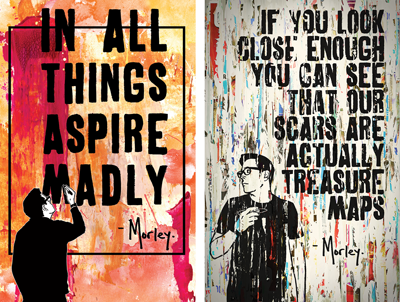 Morley is a Los Angeles–based street artist. His work has been featured in the Los Angeles Times, Huffington Post, Los Angeles magazine, and on networks such as ABC, CBS, Comedy Central, Discovery Channel, Ovation, Amazon, and Showtime. He has had exhibitions in galleries around the world and has lectured at numerous universities, at the Los Angeles County Museum of Art, and at the Artisphere in Washington, DC. He was the focus of a national commercial for Toyota as well as an original docu-series from Verizon. He has designed advertising campaigns for Smirnoff Vodka, Bud Light, the Los Angeles Children’s Hospital, and the antismoking campaign Truth.
Art Alexakis is the singer, composer, and guitarist of the band Everclear.