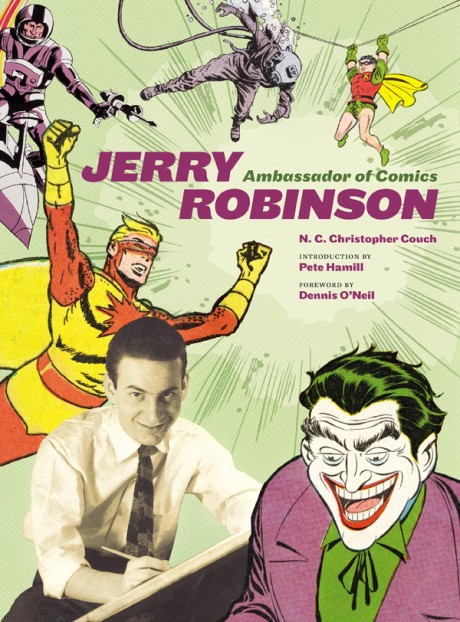 Jerry Robinson is one of the living legends of American comics. As a member of the original Batman team, he created the first and most iconic of all supervillains, the Joker, and cocreated Robin, the archetypal sidekick. During the Golden and Silver Ages of comics, Robinson worked on every comic book genre there was, and brought to life his own super heroes such as London, Jet Scott, and Atoman. His artistry also extended beyond comic books into editorial cartooning and popular syndicated newspaper strips such as Still Life and Flubs & Fluffs, as well as magazine and book illustration, fine arts, academia, and humanitarian affairs. Robinson has been an influential teacher, an important curator of cartooning art exhibits, and a tireless champion of artists’ rights. This rich, fully illustrated collection of his work was written in collaboration with the artist himself.

N. C. Christopher Couch teaches the history of comics at the University of Massachusetts Amherst and at the School of Visual Arts in New York. He is coauthor of The Will Eisner Companion. He lives in Astoria, New York, and Florence, Massachusetts.

Pete Hamill is the New York Times bestselling author of more than 20 books. He lives in New York City.

Dennis O’Neil is an influential writer and editor of Batman comics. He lives in Nyack, New York.