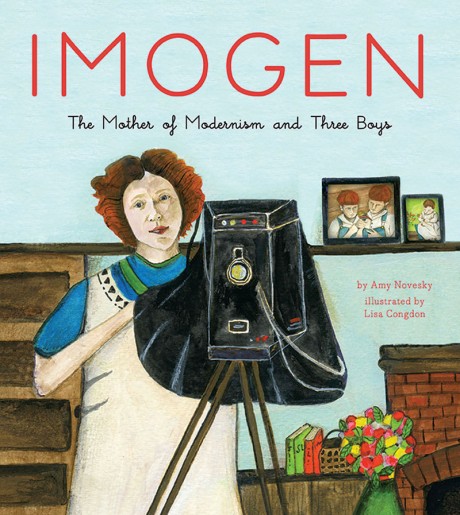 Imogen's family didn't have much, and life was hard atop the wild hill they call home. But when Imogen declared she wanted to be a photographer, her father built her her very own darkroom. Flash forward. Imogen is a photographer and a mother. She has her hands full! How does she do it all? She turns the garden into a wonderland for her three growing boys and a workshop for herself. While she works, her boys play, and Imogen photographs them. Click. Click. Click. Photographing her sons leads Imogen to focus on plants and flowers - most notably her signature magnolia blossoms - for which she will become best known. Here, then, is the story of Imogen Cunningham, one of the finest photographers of the 20th century and mother to three boys.