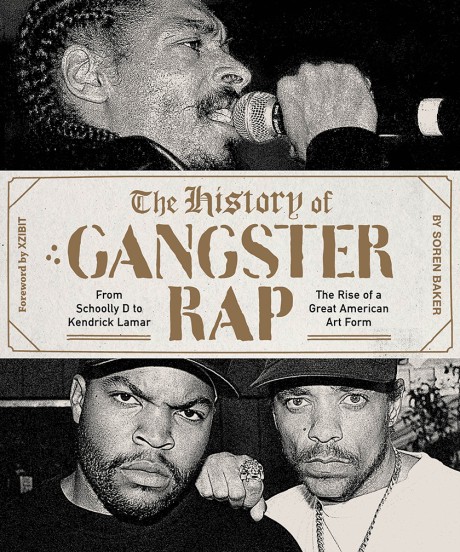 The History of Gangster Rap

From Schoolly D to Kendrick Lamar, the Rise of a Great American Art Form

By Soren Baker
Foreword by Xzibit

The History of Gangster Rap is a deep dive into one of the most fascinating subgenres of any music category to date. Sixteen detailed chapters, organized chronologically, examine the evolution of gangster rap, its main players, and the culture that created this revolutionary music. From still-swirling conspiracy theories about the murders of Biggie and Tupac to the release of the 2015 film Straight Outta Compton, the era of gangster rap is one that fascinates music junkies and remains at the forefront of pop culture. Filled with interviews with key players such as Snoop Dogg, Ice-T, and dozens more, as well as sidebars, breakout bios of notorious characters, lists, charts, and more, The History of Gangster Rap is the be-all-end-all book that contextualizes the importance of gangster rap as a cultural phenomenon.

Soren Baker has written thousands of articles about music and culture for such outlets as the New York Times, the Los Angeles Times, and Rolling Stone, among others. He is currently producing a script he wrote for Snoop Dogg. He lives in Southern California.