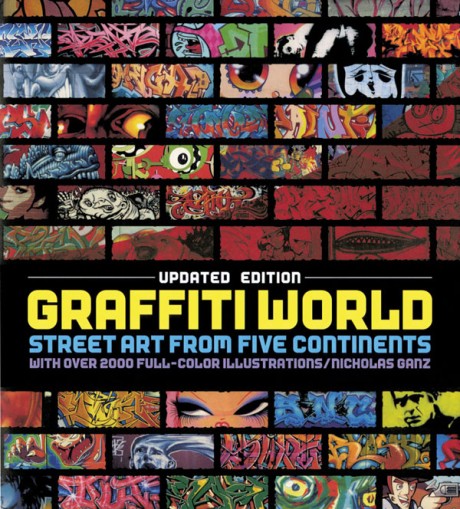 Graffiti World, now updated, is the most comprehensive and bestselling survey of graffiti art ever published. The original collection of more than 2,000 illustrations by over 150 artists around the world is joined by a new section devoted to work created in the five years since the book's first edition.

Graffiti has long been a ubiquitous aspect of the urban landscape, since anonymous, largely unsung spray-can art first hit city walls in New York and Philadelphia in the late 1960s. As hip-hop culture spread from America, graffiti became a worldwide phenomenon, emerging in the 1980s as the symbolic artistic language of young people everywhere.

Today's graffiti artists incorporate a variety of mediums, including stickers, stencils, oils, acrylics, and oil-based chalk, as well as an ever-expanding range of social commentary. This evolution in style and subject matter has guaranteed graffiti's long-lasting influence on art, graphic design, and style around the world.

Nicholas Ganz (also known as Keinom, his pen name) is the author of Graffiti Women (Abrams, 2006). He is a graffiti artist who has traveled around the world to gather material for this book. He lives in Essen, Germany.

Tristan Manco is a graphic artist and the author of Street Sketchbook, Stencil Graffiti, Street Logos.