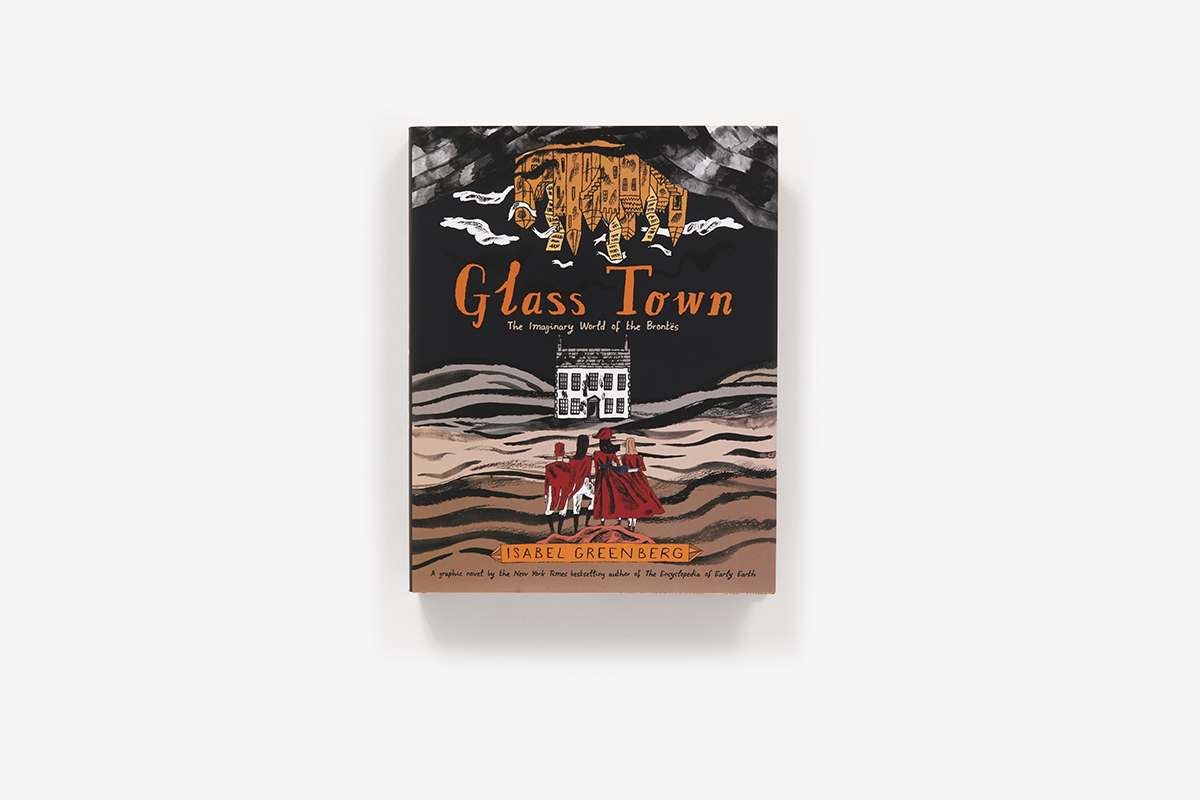 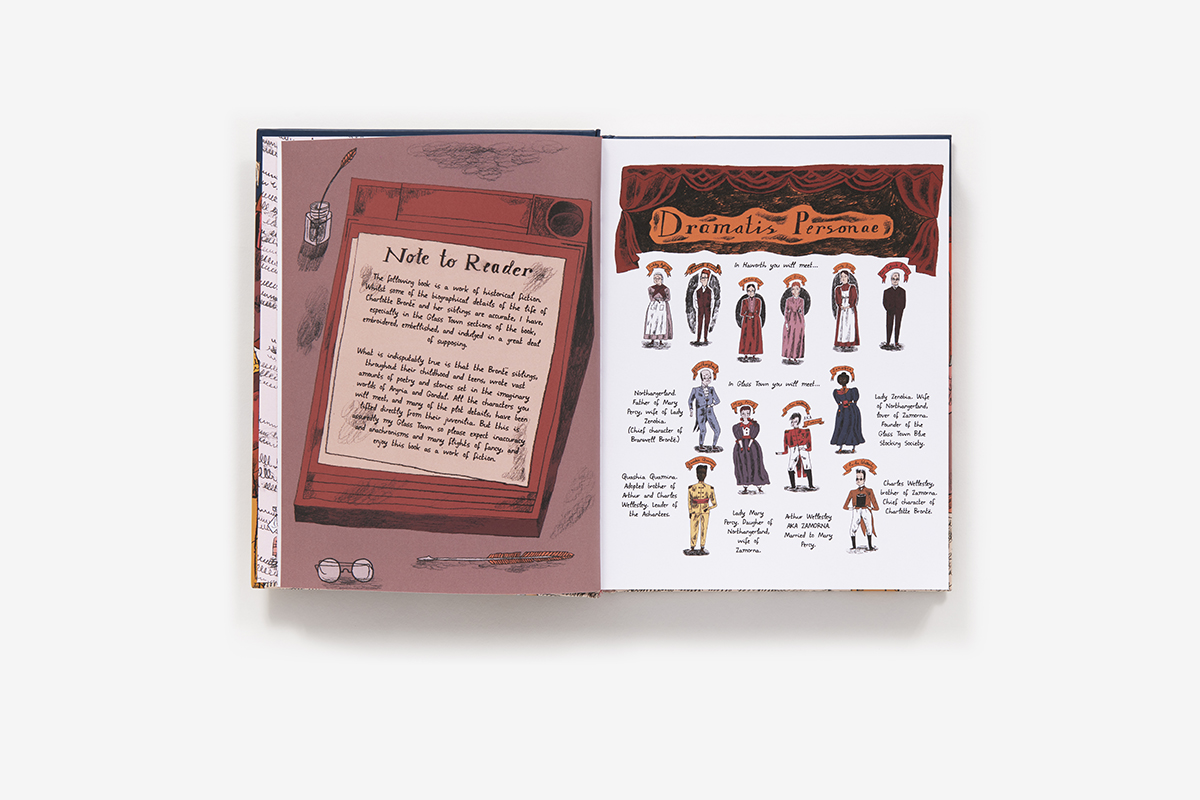 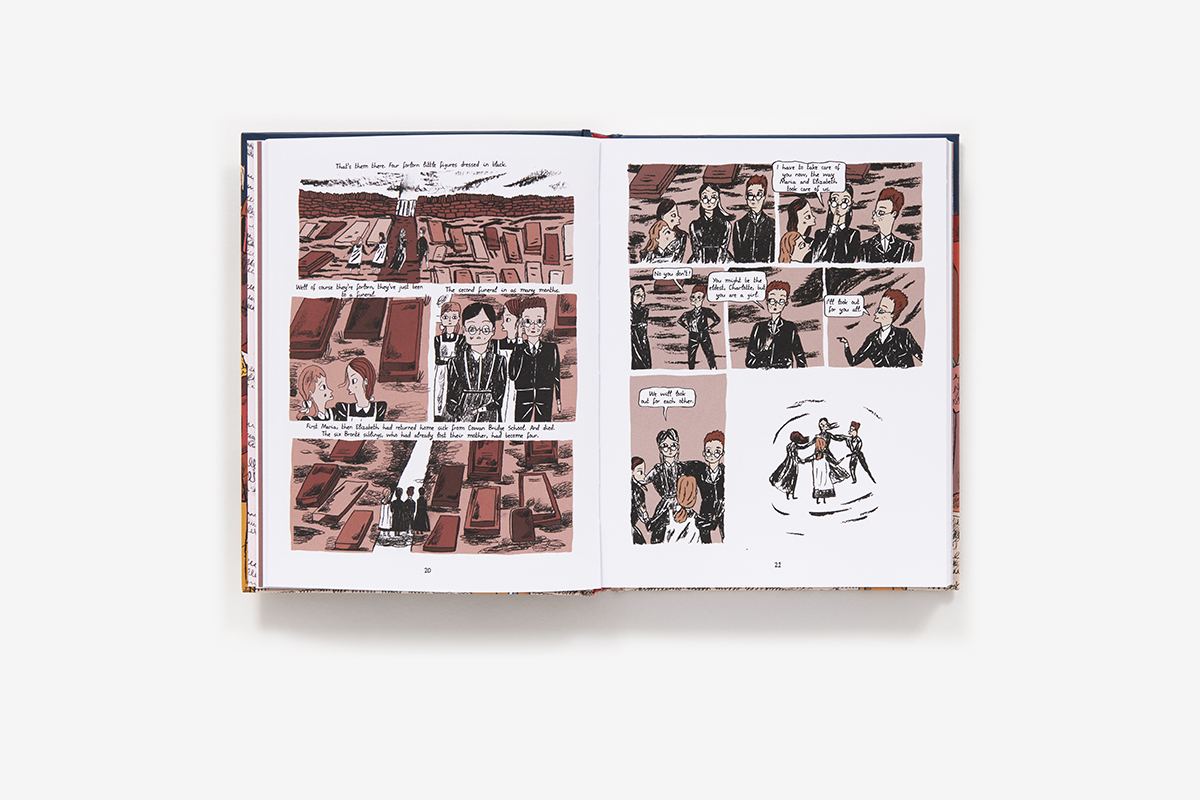 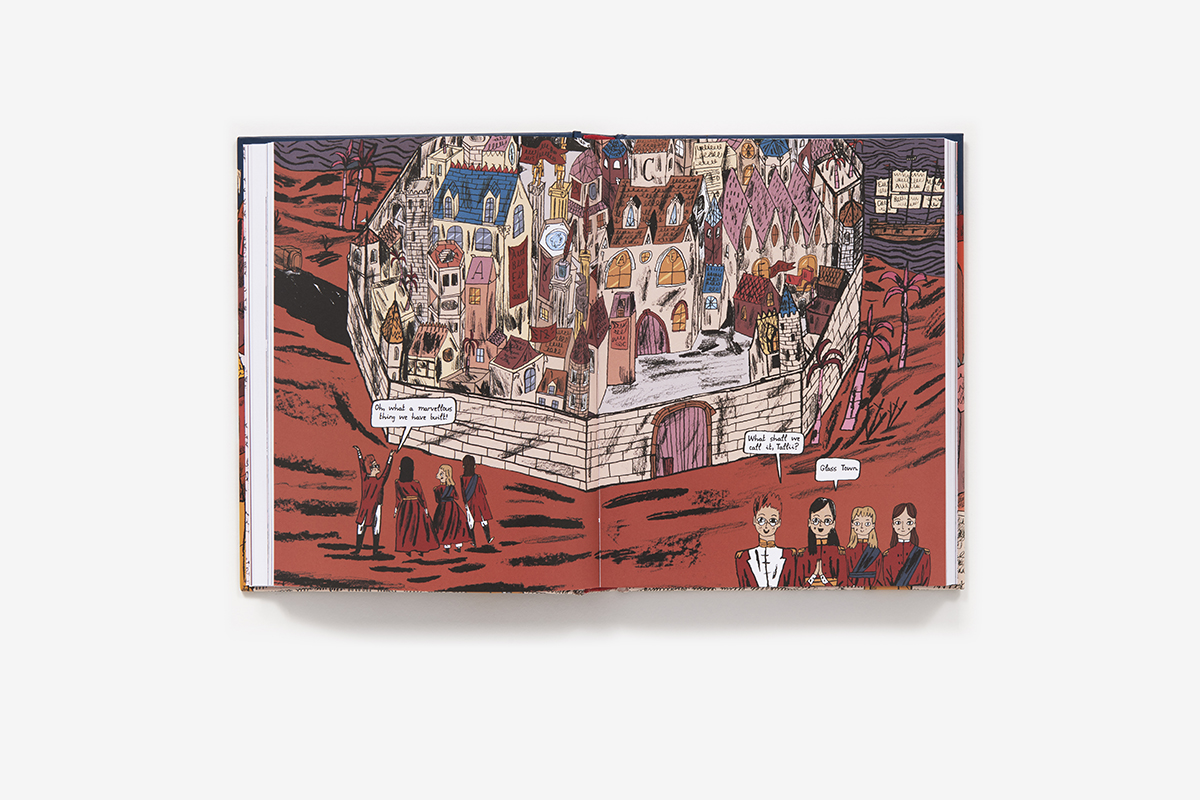 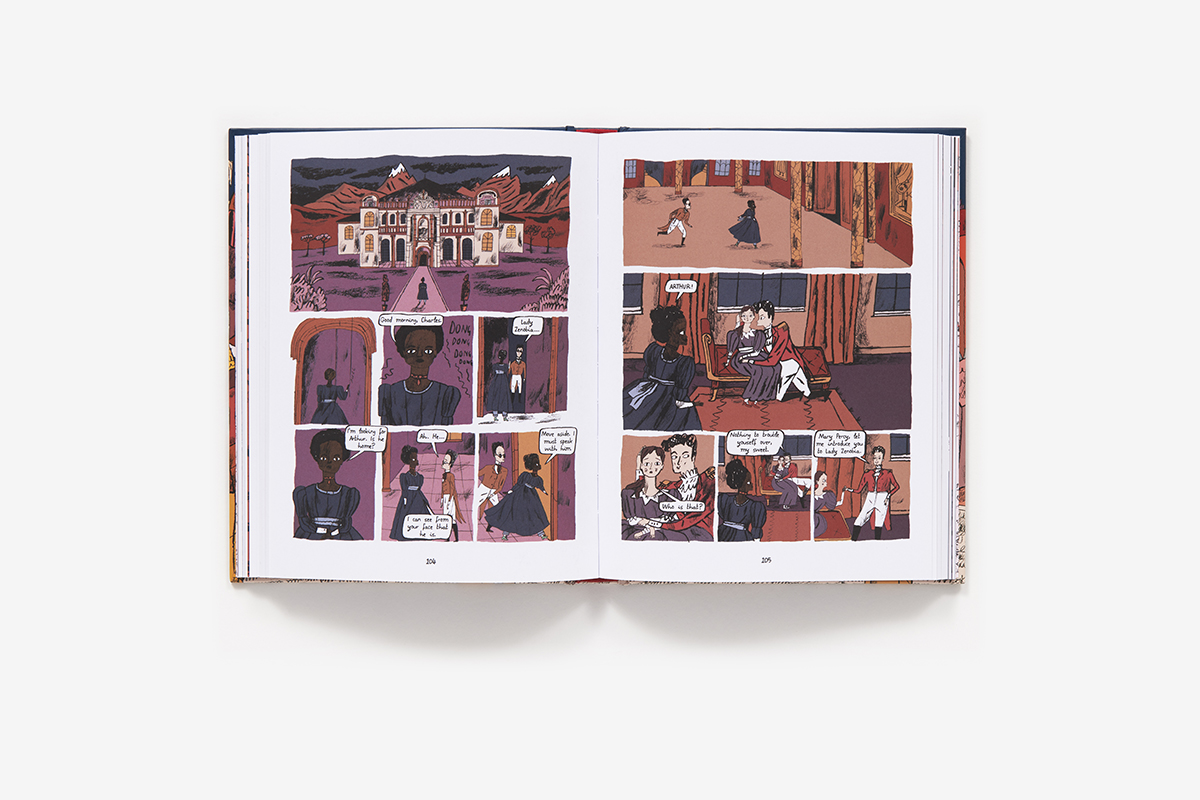 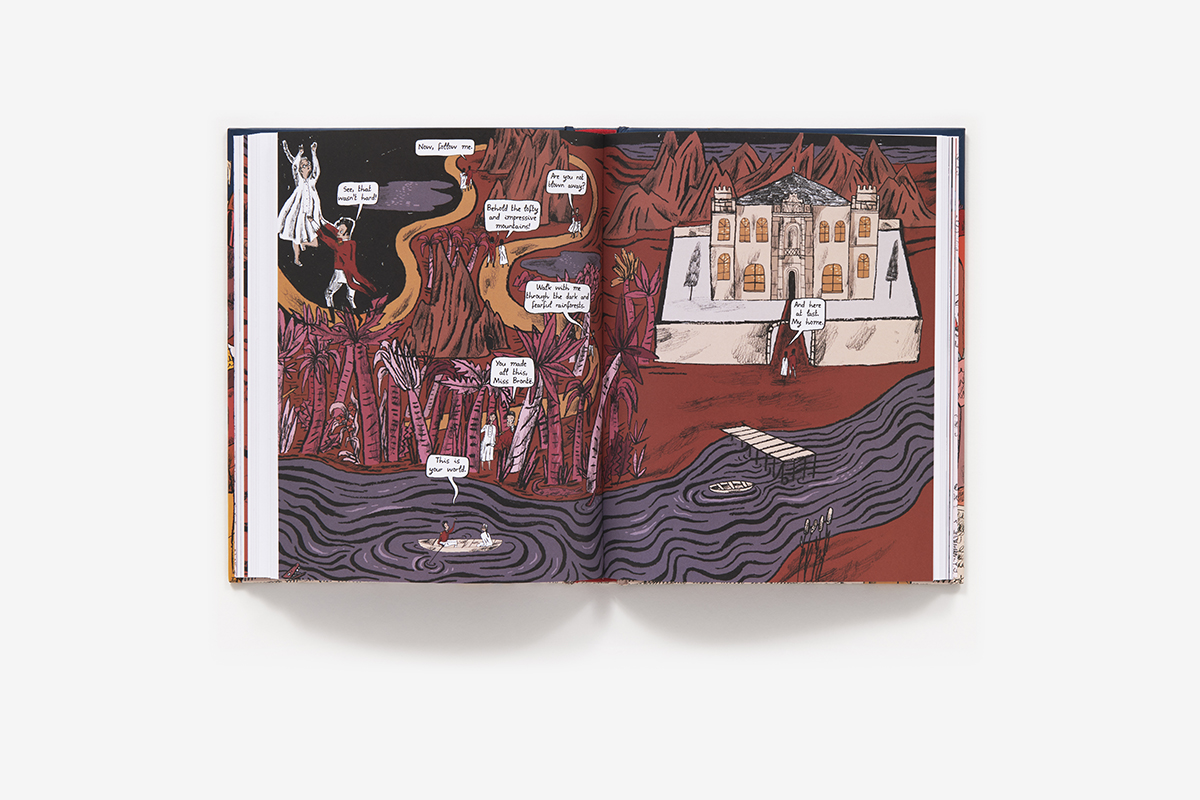 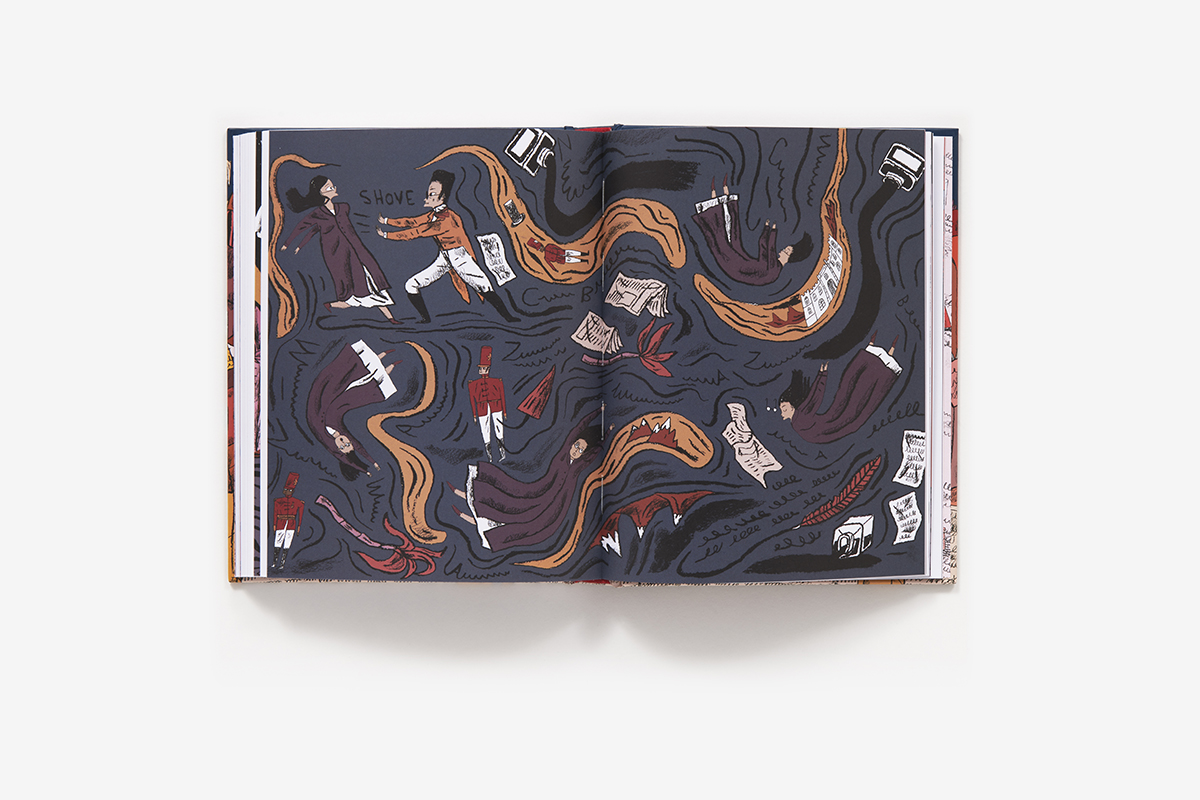 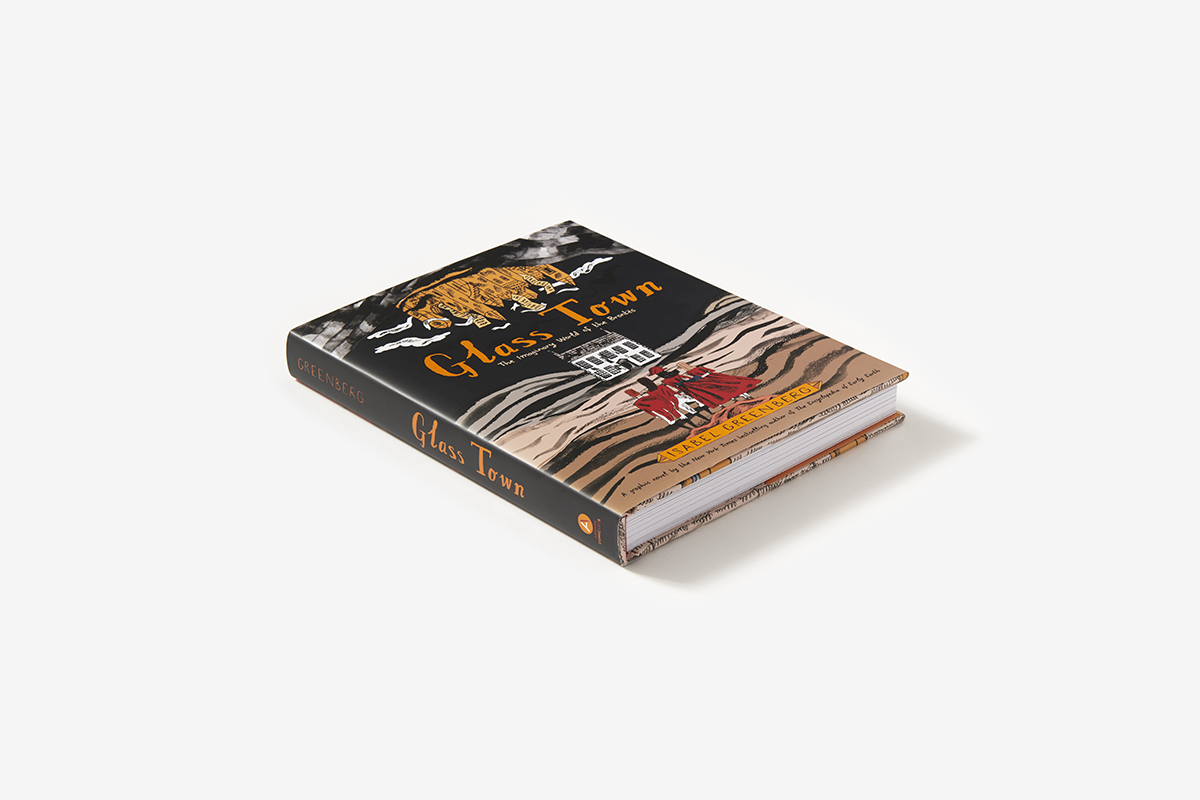 A graphic novel about the Brontë siblings, and the strange and marvelous imaginary worlds they invented during their childhood

Glass Town is an original graphic novel by Isabel Greenberg that encompasses the eccentric childhoods of the four Bront. children—Charlotte, Branwell, Emily, and Anne. The story begins in 1825, with the deaths of Maria and Elizabeth, the eldest siblings. It is in response to this loss that the four remaining Bront. children set pen to paper and created the fictional world that became known as Glass Town. This world and its cast of characters would come to be the Brontës’ escape from the realities of their lives. Within Glass Town the siblings experienced love, friendship, war, triumph, and heartbreak. Through a combination of quotes from the stories originally penned by the Brontës, biographical information about them, and Greenberg's vivid comic book illustrations, readers will find themselves enraptured by this fascinating imaginary world.

“Engrossing for both adults and teens attracted to alt-history fantasy or the Bronte¨s.”
— Library Journal - STARRED review

"Greenberg breathes life into the Brontës’ unpublished early writings...Those who appreciate historical fiction and classic literature will be engrossed by this reimagining of the childhoods of these literary luminaries."
— School Library Journal

"Greenberg pulls Glass Town and its characters directly from the Brontës’ juvenilia, giving readers a look into the early creativity of an iconic literary family with a playful visual style that captures the Brontës’ enthusiasm as they discover what fiction can do.”
— The A.V. Club

“Drawn with a cheery and expansive sweep that belies its sometimes somber subject, “Glass Town” is a testament to the (usually) redemptive powers of imagination.”
— The Minneapolis Star-Tribune

Isabel Greenberg is a London-based illustrator and writer. Her two previous graphic novels, The Encyclopedia of Early Earth and The One Hundred Nights of Hero, are both New York Times bestsellers.