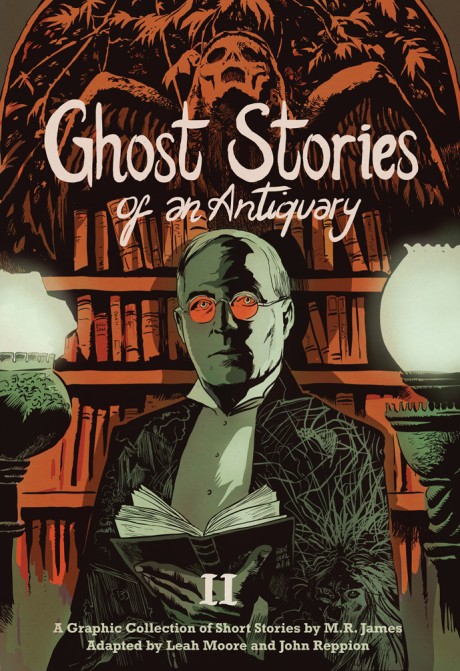 Curl up by the fire and enter the sinister, supernatural world of Montague Rhodes James, the master of the English ghost story. An influence on writers from H. P. Lovecraft to Stephen King, James created tales of understated horror that continue to transfix readers 80 years after his death. Ghost Stories of an Antiquary, Vol. 2 comprises graphic adaptations of four spine-chilling stories by M. R. James: “Number 13,” “Count Magnus,” “Oh, Whistle, and I’ll Come to You, My Lad,” and “The Treasure of Abbot Thomas.” Filled with intrigue, suspense, and intellectual adventure, these enthralling tales of terror plunge readers into a world of creeping dread, where rationality is challenged and the mundane collides with the supernatural. Capturing James’s trademark atmosphere of pervasive disquiet, Leah Moore and John Reppion’s subtly crafted adaptations breathe fresh life into these classic stories about restless phantoms and ill-advised academic exploration.

"...all of these stories linger in the mind..."
— Forbidden Planet International Blog

Leah Moore and John Reppion have collaborated on Doctor Who: The Whispering Gallery and The Trial of Sherlock Holmes, among other graphic novels. They live in Liverpool.