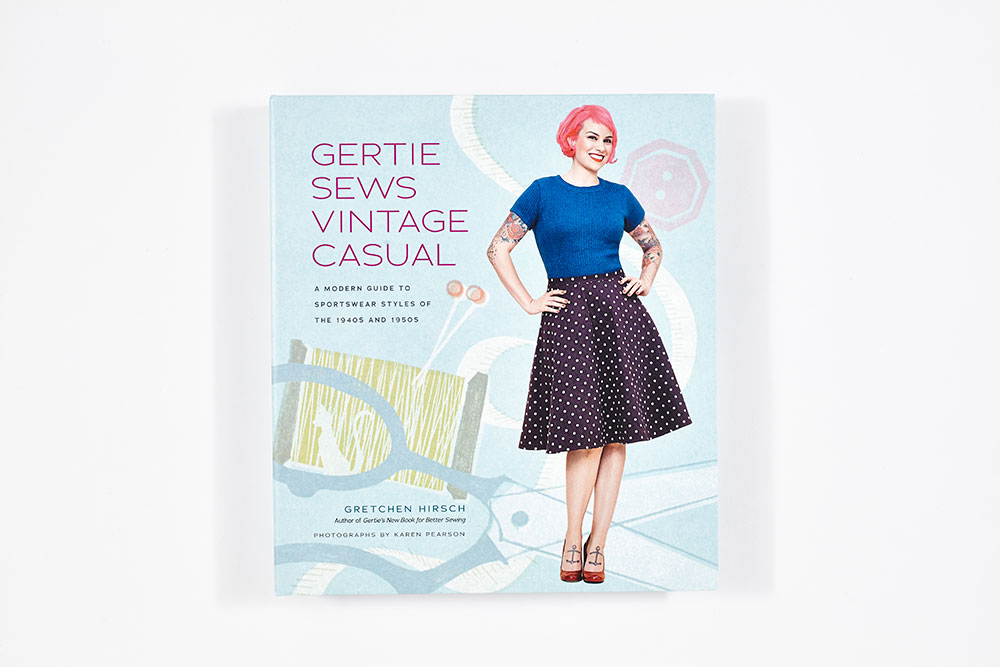 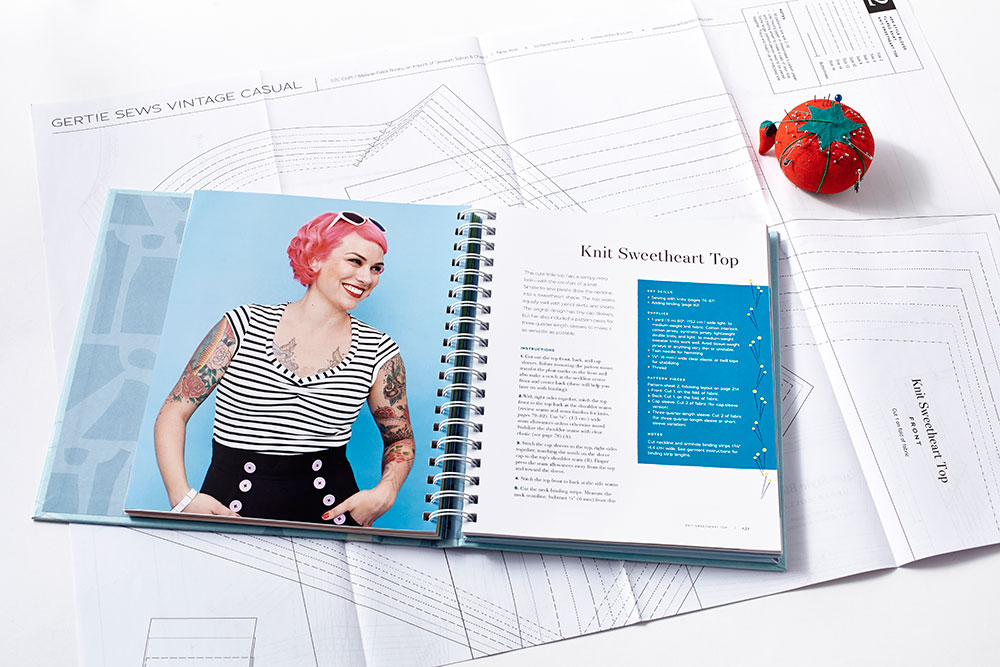 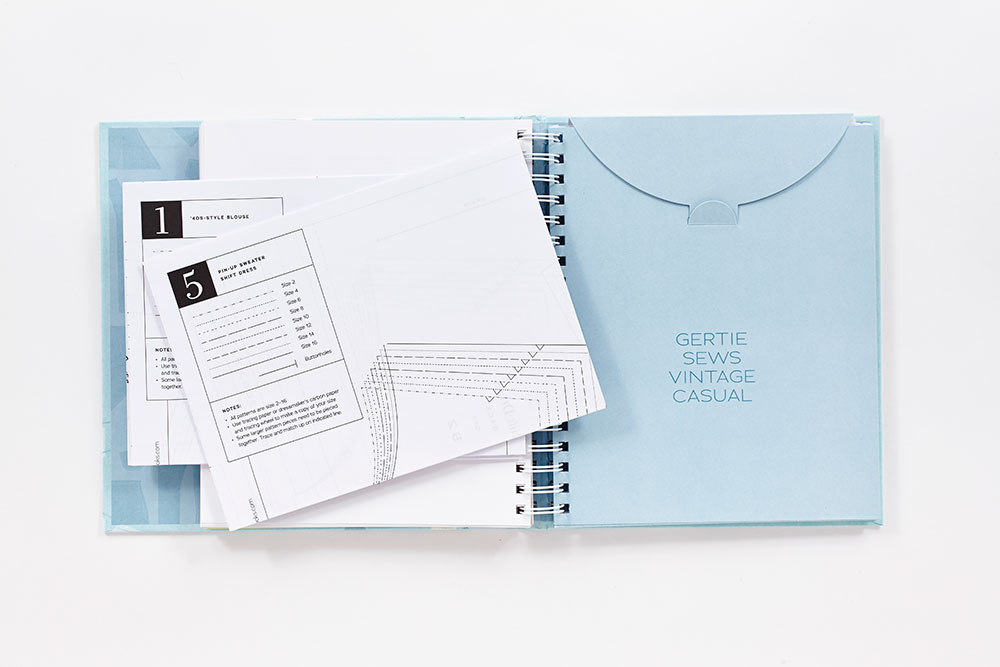 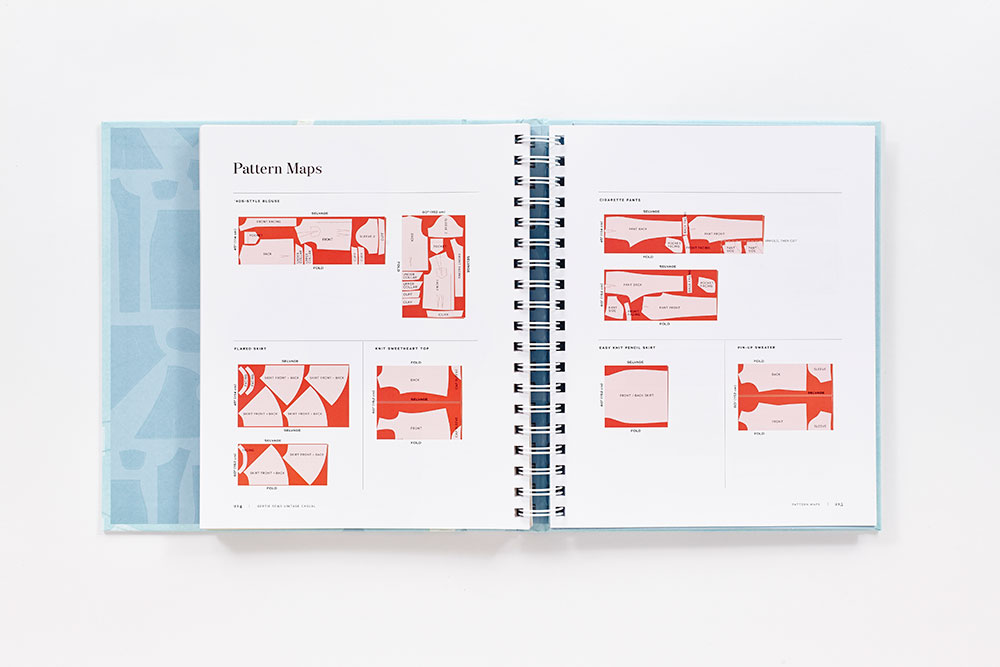 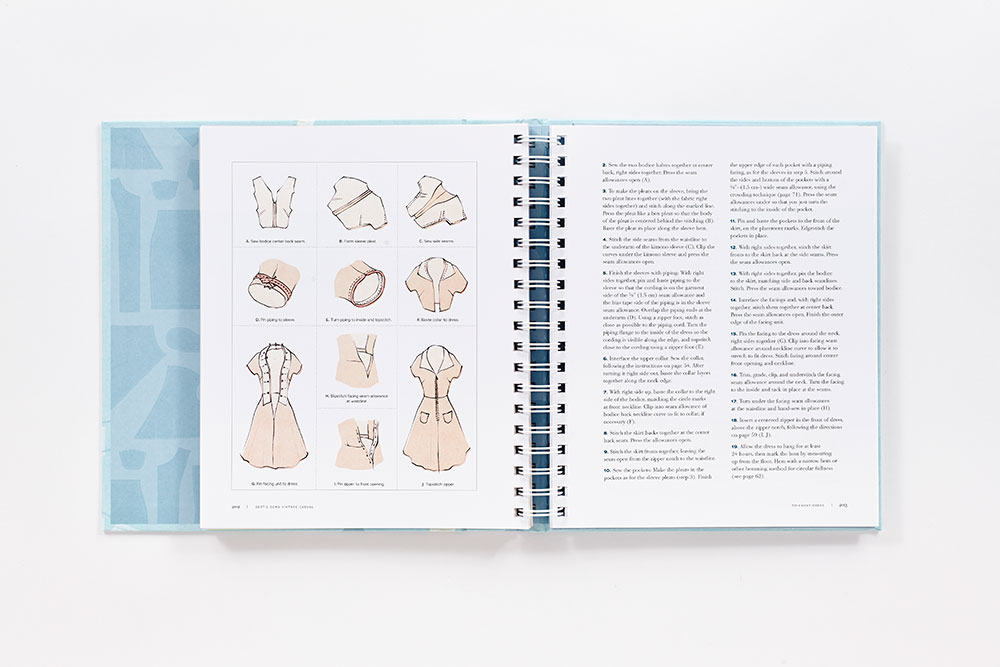 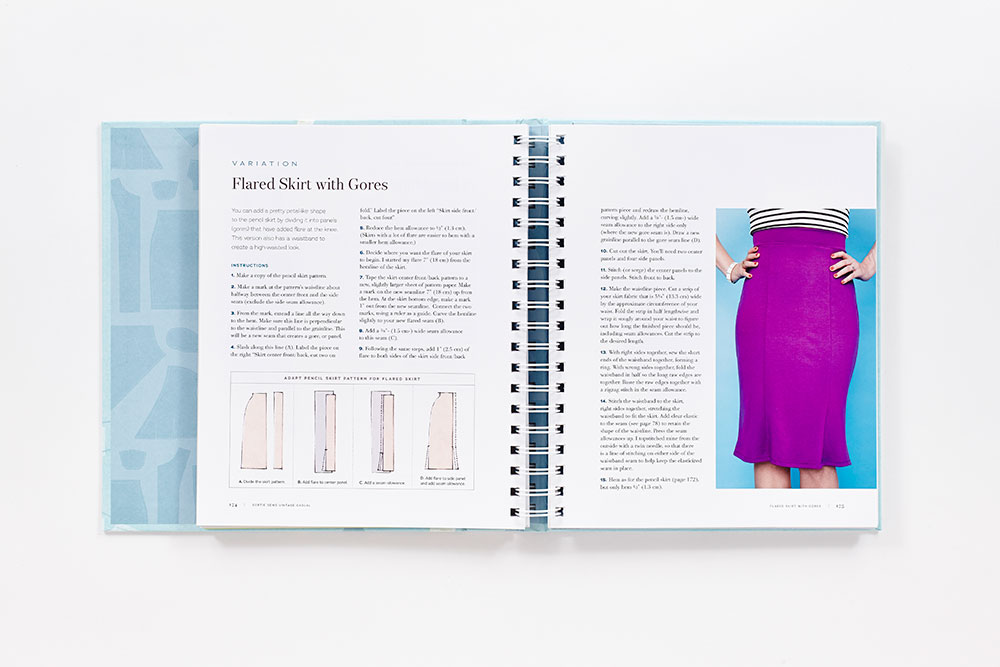 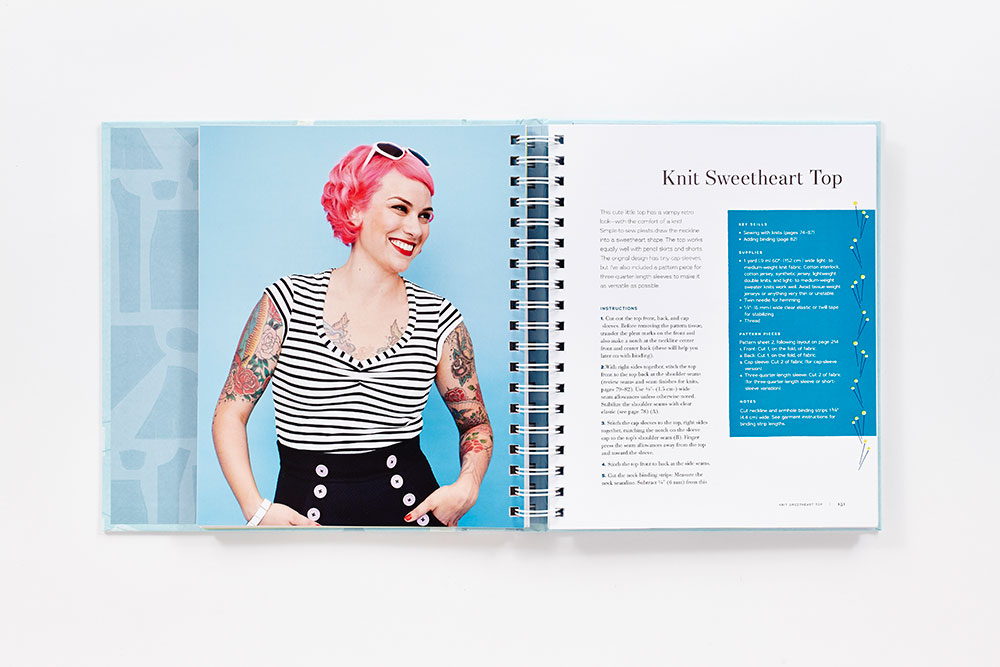 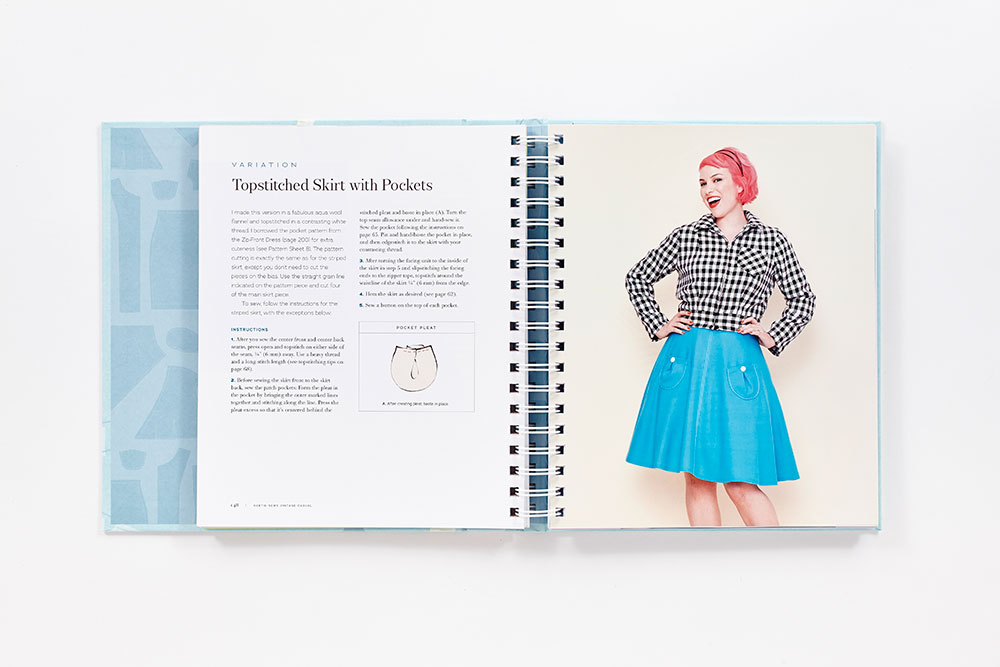 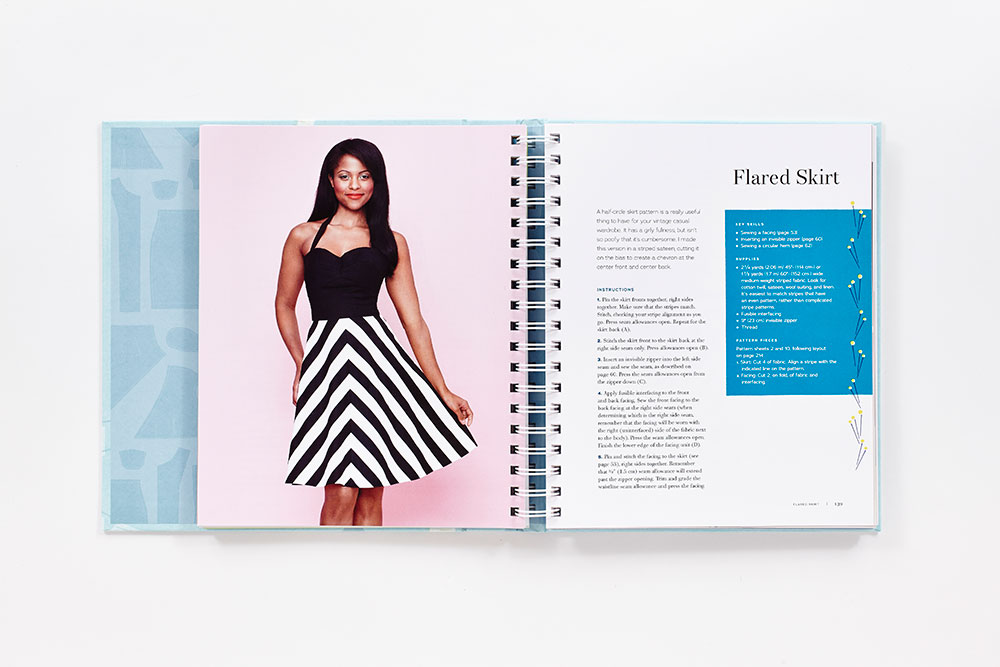 The mid-20th century was an amazing time for American women’s fashion! Following the war, women started looking to American designers rather than French couture houses for inspiration and to demand clothing they could move in, even play in. In this follow-up to Gertie’s New Book for Better Sewing, Gretchen “Gertie” Hirsch celebrates the classic casual styles that icons like Katharine Hepburn, Audrey Hepburn, and Rosie the Riveter made famous—think wide-legged trousers, fitted capri pants, beach rompers, shorts, knit tops, jeans, and day dresses. In Part I, Hirsch introduces key techniques for sportswear construction—from working with knit fabrics to the intricacies of pant-making—and in Part II, she showcases a 30-plus-piece vintage-inspired casual wardrobe.

“Not just a guide to sewing clothes such as cigarette pants, flared skirts, wrap dresses, pinup sweaters, and shift dresses, Hirsch’s volume explores the fashion landscape of the period as well as the particular challenges of sewing vintage. The book comes with basic patterns and instructions for multiple variations.”
— Library Journal

“Complete with fun illustrations, great photography, and step-by-step directions, the author eases readers in with an illustrated fashion history primer and devotes five chapters to telling us everything we need to know to rock our attempt to sew a vintage wardrobe. With thick paper patterns included in a bulging pack inside the back of cover, this book delivers a massive amount of value well worth the cover price.”
— Grand Rapids Press

Gretchen Hirsch is the author of Gertie’s New Book for Better Sewing and creator of Gertie’s New Blog for Better Sewing. She has a pattern line with Butterick and a fabric line with Fabric Traditions, and teaches sewing around the country and on PBS’s It’s Sew Easy, Craftsy.com, and Creativebug.com. Her work has been featured in Sew Stylish, Vogue Patterns, Threads, and Stitch, and on jezebel.com.