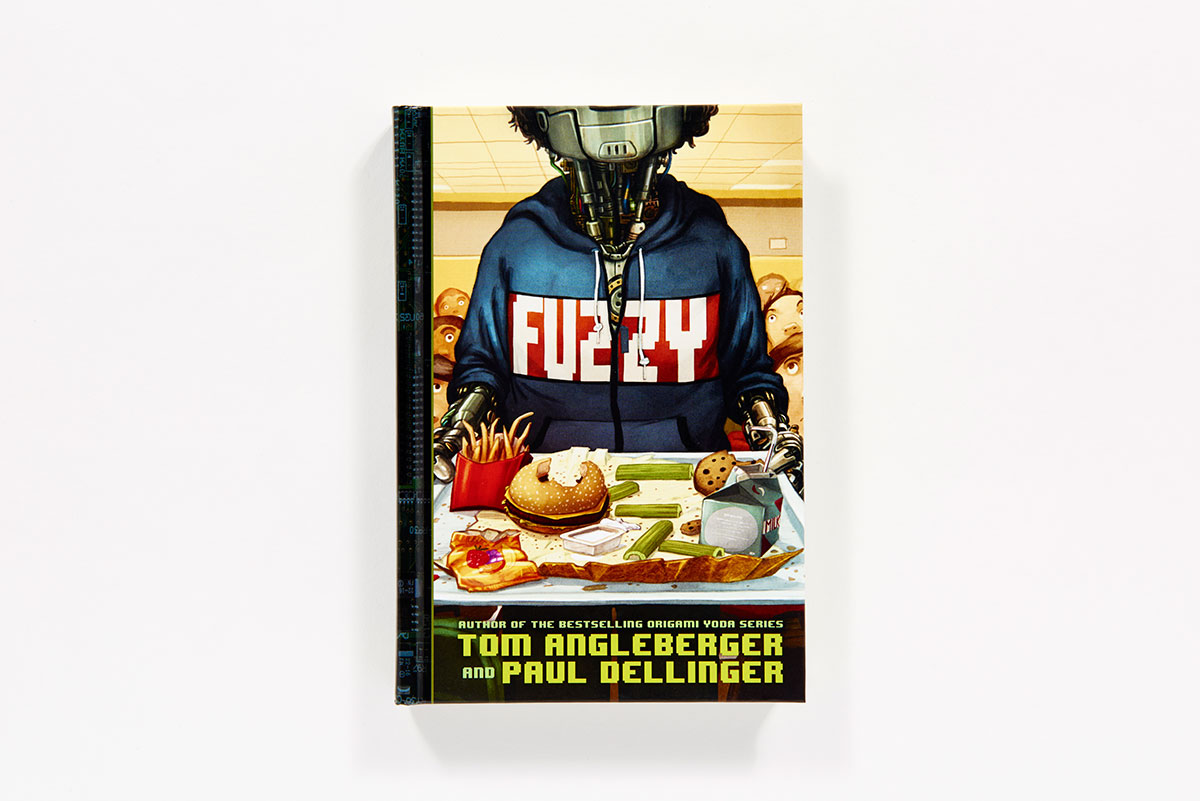 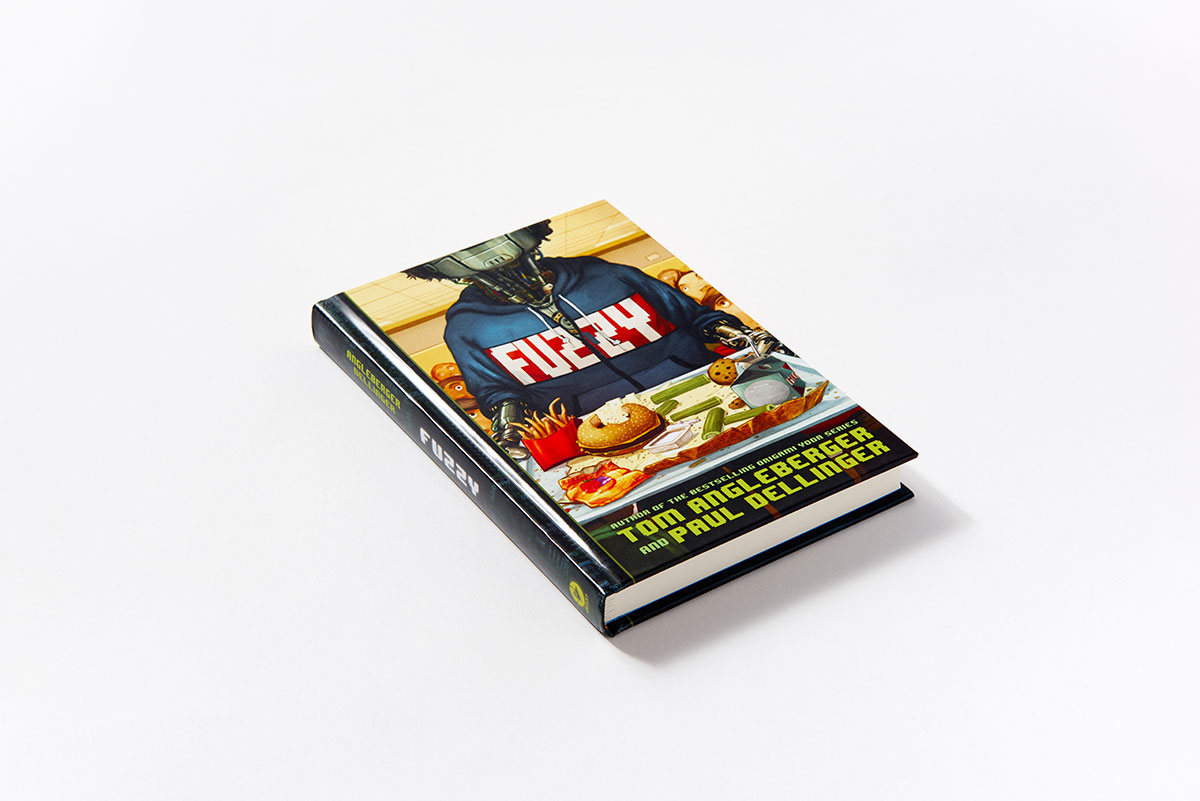 From the minds of Tom Angleberger, the New York Times bestselling author of the wildly popular Origami Yoda series, and Paul Dellinger, an adult science-fiction writer, comes a funny middle school story with a memorable robot title character. Reluctant readers and robot lovers in elementary and middle school will enjoy this fast-paced read that shows just how strange a place middle school can be, particularly when the new student is a state-of-the-art robot.

When Max—Maxine Zelaster—befriends her new robot classmate Fuzzy, part of Vanguard One Middle School’s new Robot Integration Program, she helps him learn everything he needs to know about surviving middle school—the good, the bad, and the really, really, ugly. Little do they know that surviving seventh grade is going to become a true matter of life and death, because Vanguard has an evil presence at its heart: a digital student evaluation system named BARBARA that might be taking its mission to shape the perfect student to extremes!

With a strong female main character who will appeal to all readers, Tom Angleberger and Paul Dellinger’s new novel offers readers a fresh take on robots. Fuzzy will find its place in the emerging category of bestselling books featuring robots, including Jon Scieszka’ s Frank Einstein series and James Patterson’s House of Robots.

Be sure to check out all of Tom Angleberger’s other acclaimed books for middle-grade readers, including Poop Fountain!; The Rat with the Human Face; Horton Halfpott; Fake Mustache; and the bestselling Origami Yoda series: The Strange Case of Origami Yoda, Darth Paper Strikes Back, The Secret of the Fortune Wookiee, Emperor Pickletine Rides the Bus,Princess Labelmaker to the Rescue, and Jabba the Puppet. For younger readers Tom wrote the picture book McToad Mows Tiny Island, illustrated by John Hendrix, and for chapter book readers, Tom wrote the Inspector Flytrap series, illustrated by his wife Cece Bell.

"A tech-infused wild ride, with some suspenseful moments and brilliant twists—an ideal book for reluctant readers, young science fans and really anyone who wishes their best friend were a robot."
— Bookpage

"Coauthors Tom Angleberger and Paul Dellinger weave computer concepts into the action, using snippets of programming code to show Fuzzy's perspective. ...The use of code as a storytelling device is funny, and cleverly illustrates the way a young mind processes the overwhelming input of a typical day in middle school."
— Shelf Awareness

"Angleberger and Dellinger hit the perfect mix of funny and contemplative, speculative and realistic."
— Bulletin of the Center for Children's Books

Tom Angleberger is the author of the bestselling Origami Yoda series, as well as Horton Halfpott and Fake Mustache, both Edgar Award nominees, the Qwikpick Papers series, and the Inspector Flytrap series. He lives in Christiansburg, Virginia, with his wife, the author/illustrator Cece Bell. www.origamiyoda.com.

Paul Dellinger is a former newspaper reporter who writes science fiction and fantasy stories, many of which are collected in the book Mr. Lazarus and Other Stories.