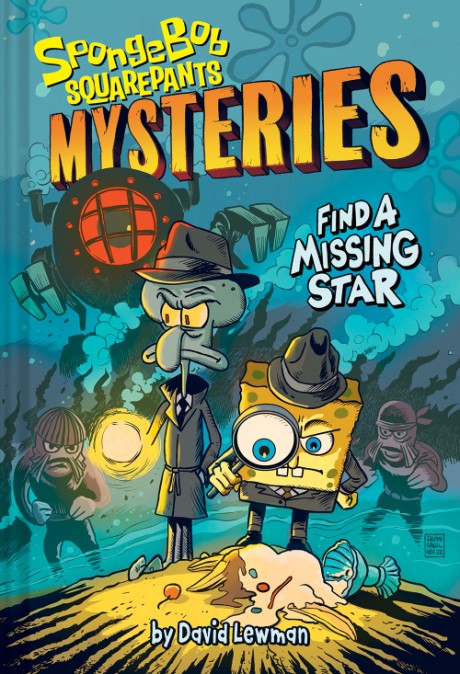 Uncover the mysteries of Bikini Bottom with SpongeBob SquarePants and his friends in this all-new middle-grade series!

On the eve of a mayoral event happening at the Krusty Krab, SpongeBob's best friend Patrick Star goes missing! With no one willing to help find him, SpongeBob and Squidward put on their best detective gear and hit the case themselves. But as their investigation leads them to the darkest corners of Bikini Bottom, secrets about SpongeBob's best friend are quickly revealed.

Energetic and fast-paced, with plenty of kid-friendly humor, Find a Missing Star, the first in the SpongeBob SquarePants Mysteries series, is a great read for new and longtime fans of the hit TV series.

David Lewman has written more than 65 books starring SpongeBob SquarePants, Jimmy Neutron, the Fairly OddParents, G.I. Joe, the Wild Thornberrys, and other popular characters. He has also written scripts for many acclaimed television shows. David lives in Los Angeles with his wife, Donna, and their dog, Pirkle.