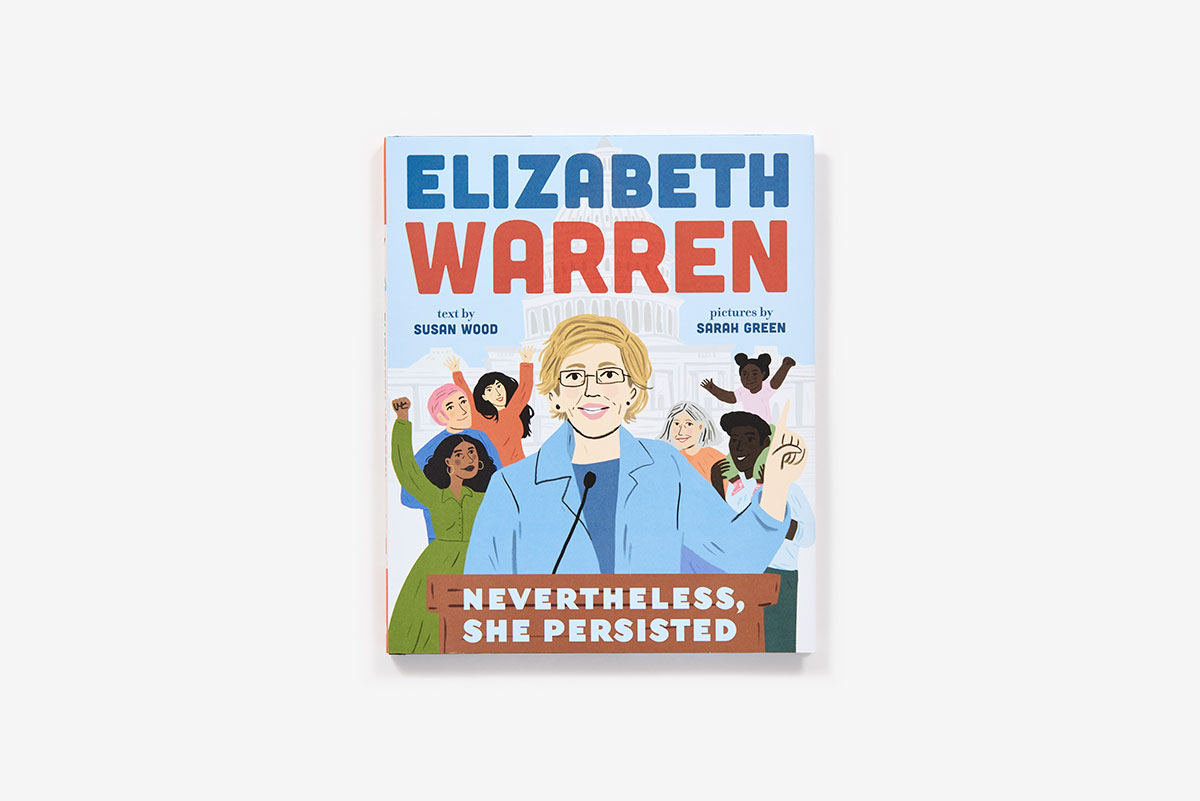 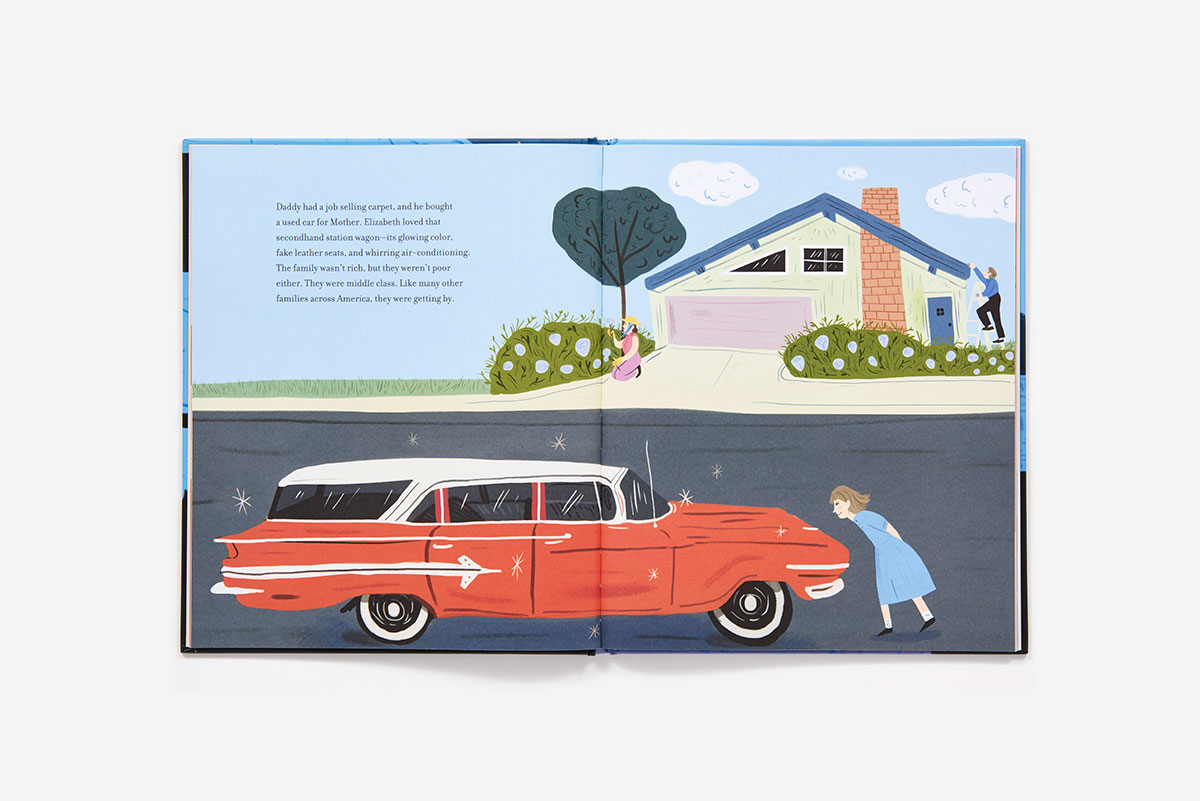 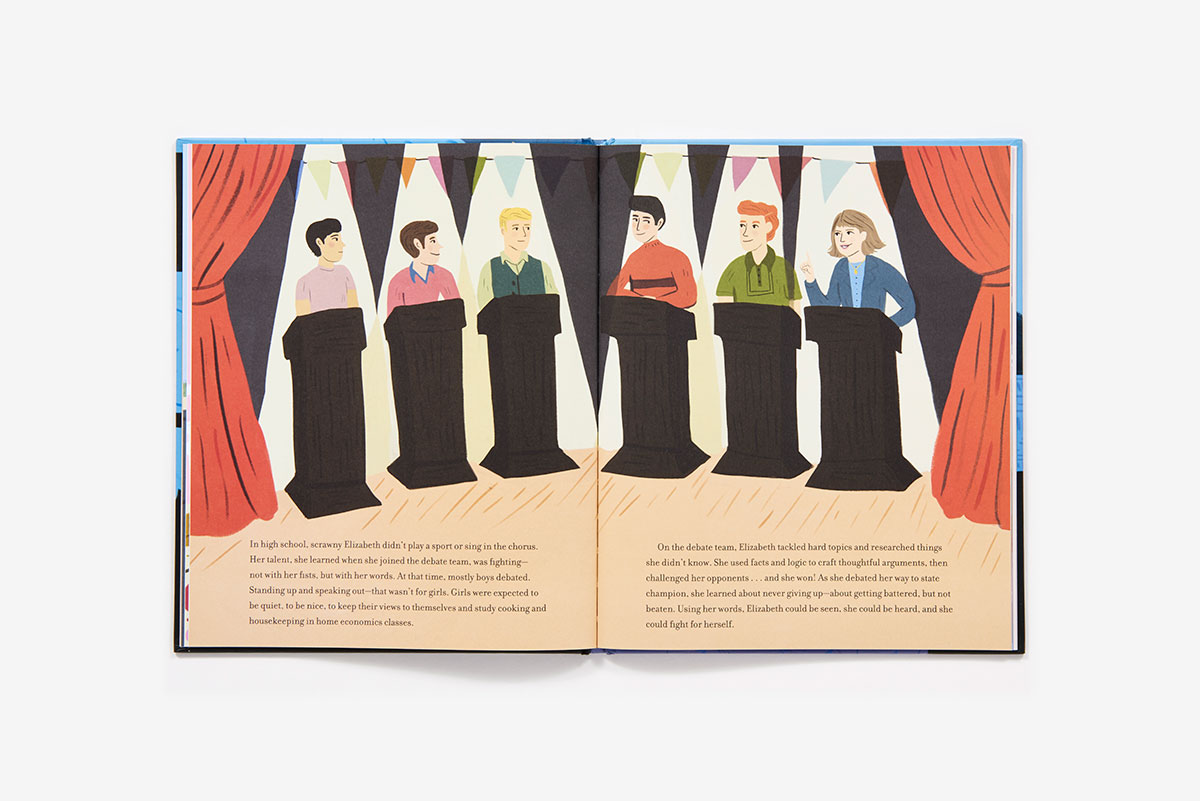 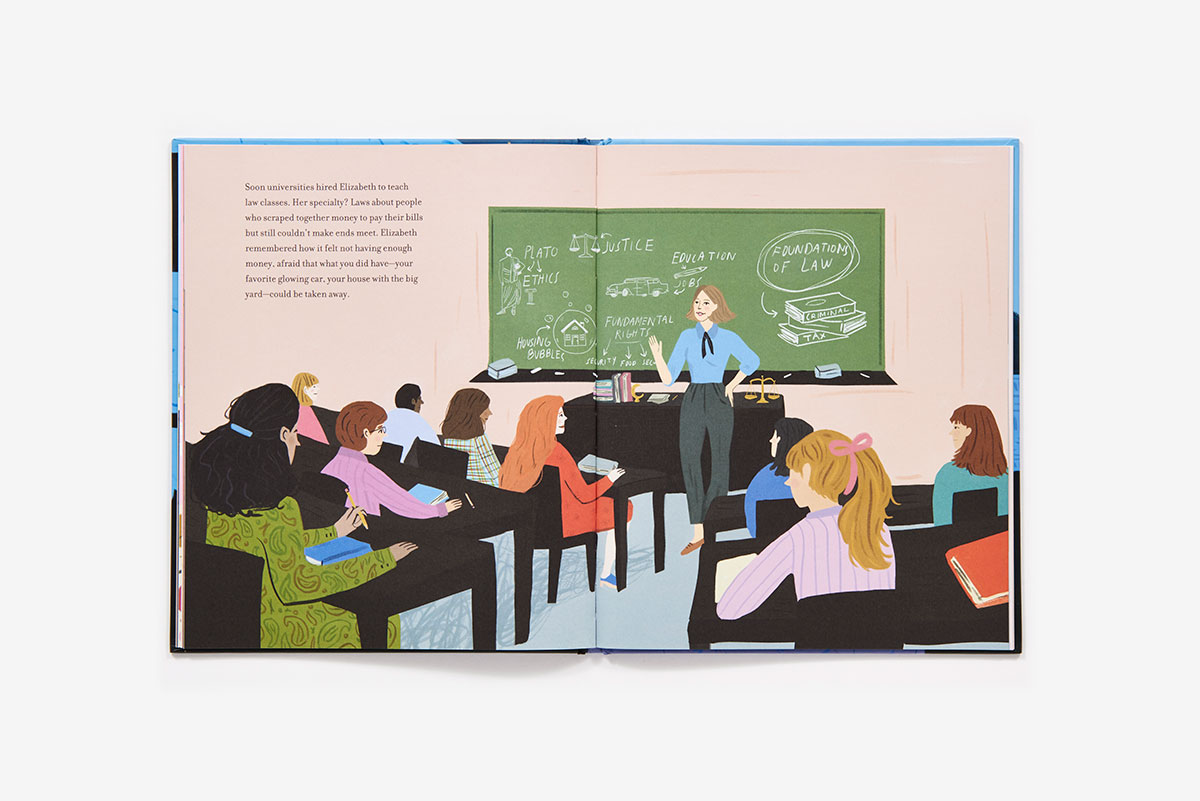 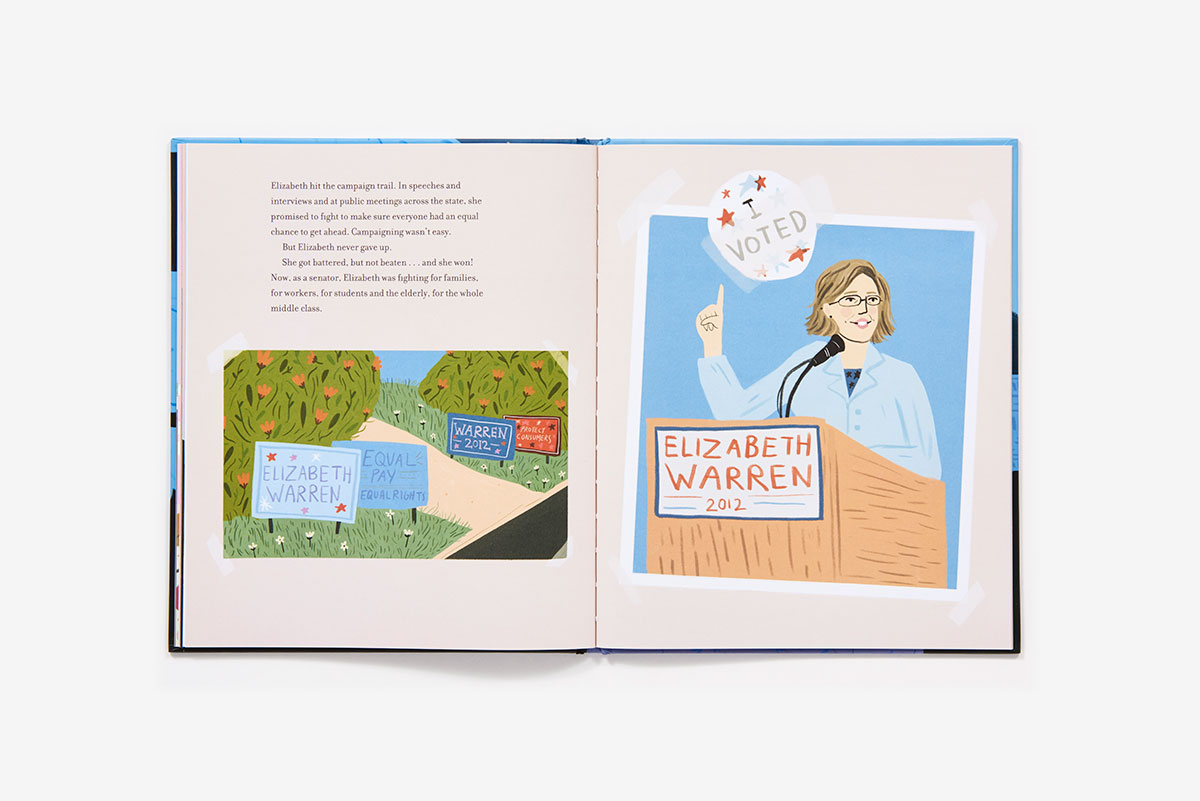 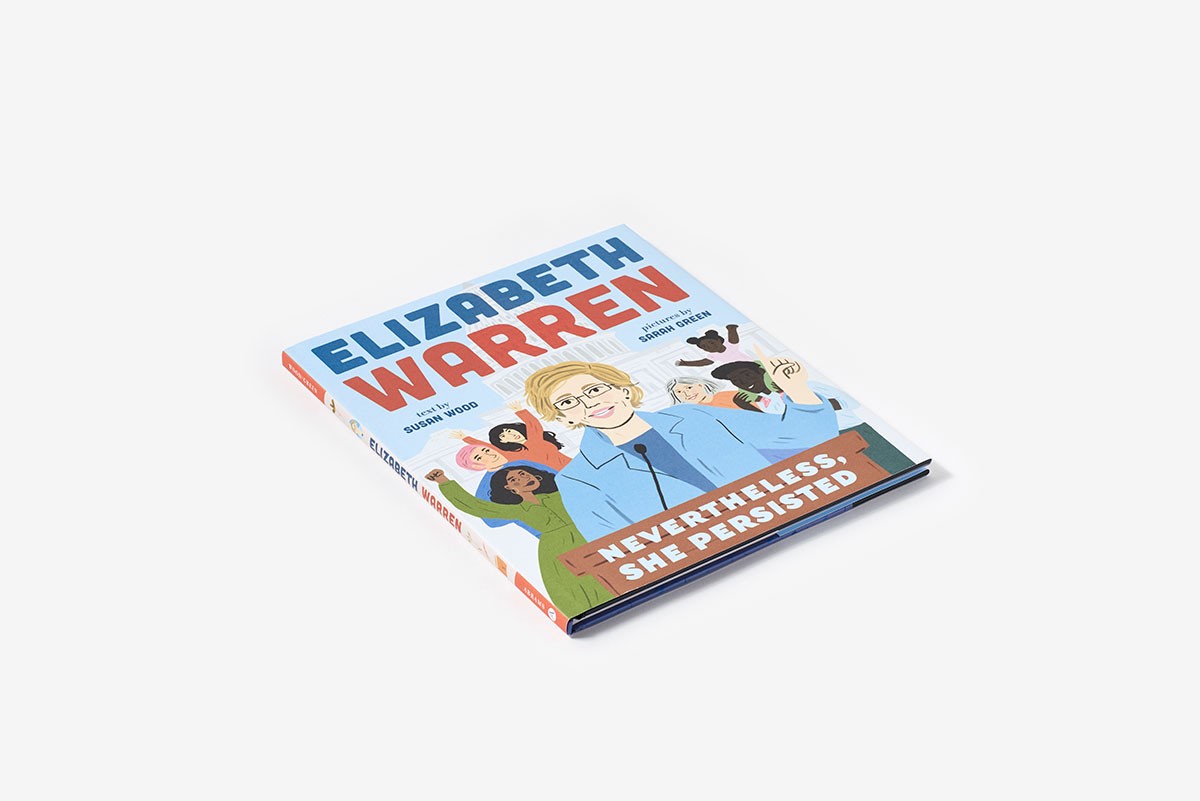 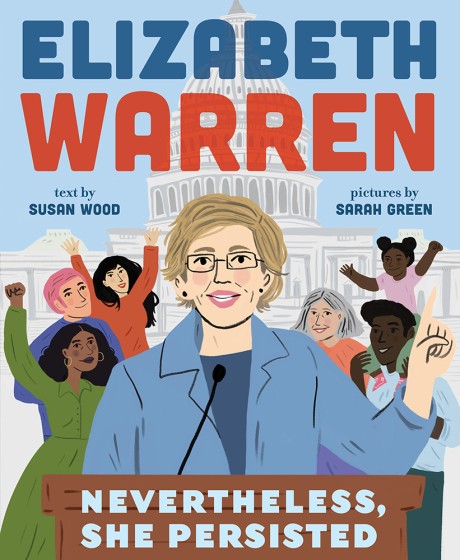 Elizabeth Warren shares the incredible story of the first female senator of Massachusetts. Elizabeth came from a struggling middle-class family in Oklahoma City. After a heart attack put Elizabeth’s father out of work, she helped out by babysitting, waitressing, and sewing, all while shining as a star member of her school’s debate team. Debate taught Elizabeth how to fight with her words, a skill that eventually won her a state championship and a college scholarship. As a lawyer and law professor, Elizabeth learned why it was so difficult for working-class families like her own to advance economically, and today she continues to fight (with her words) for the poor and middle-class in her role as a senator. Releasing in time for the 2018 election season, Elizabeth Warren emphasizes the importance of being outspoken—of using your words to fight for both yourself and for those who need your help.

Susan Wood is the author of many picture books, including American Gothic and Esquivel! She lives in Norfolk, Virginia. Visit her online at susanwoodbooks.com. Sarah Green is an illustrator and designer based in San Francisco. She illustrated a book on Dorothea Lange that Kirkus Reviews called “brilliant” in a starred review. Visit her online at sarahgreenillustration.com.