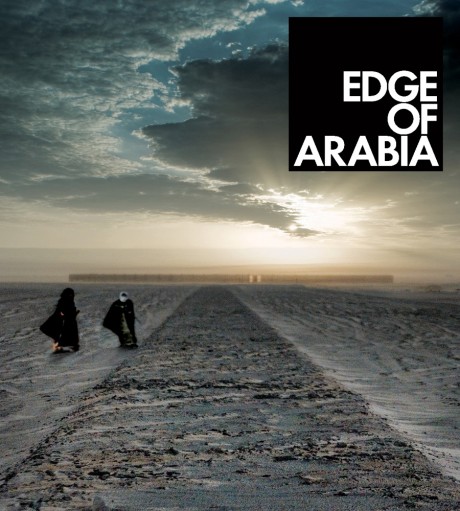 This seminal book sheds new light on the thriving arts scene in Saudi Arabia. At its heart are in-depth, illustrated profiles of Saudi’s leading contemporary artists, whose courage and originality have opened a rare window into one of the world’s most fascinating cultures. Among those featured are Shadia and Raja Alam, sisters who in 2011 were the first Saudis to represent their country at the Venice Biennale; Abdulnasser Gharem, a conceptual pioneer and lieutenant colonel in the Saudi Arabian army; and Ahmed Mater, a medical doctor whose striking works are in major collections, including the LA County Museum and the British Museum.
Edge of Arabia is an artistic movement and touring exhibition that showcases a new generation of groundbreaking artists practicing at the center of the Islamic world, and brings Saudi Arabia into dialogue with the rest of the world through contemporary art.