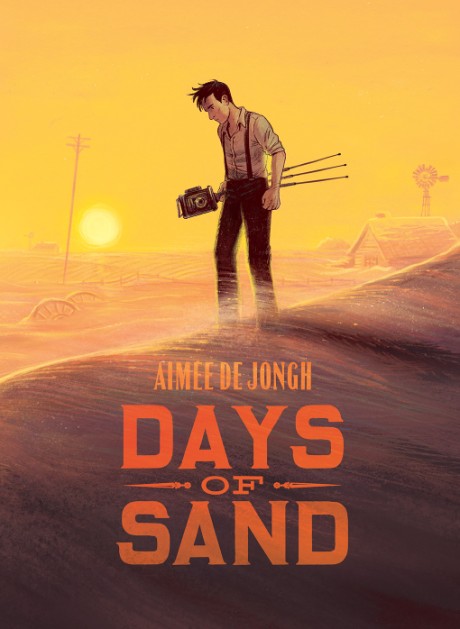 A moving and unforgettable tale, inspired by real-life stories of courage and perseverance during the Dust Bowl of 1930s America

United States, 1937. In the middle of the Great Depression, 22-year-old photographer John Clark is brought in by the Farm Security Administration to document the calamitous conditions of the Dust Bowl in the central and southern states, in order to bring the farmers’ plight to the public eye. When he starts working through his shooting script, however, he finds his subjects to be unreceptive. What good are a couple of photos against relentless and deadly dust storms? The more he shoots, the more John discovers the awful extent of their struggles, and comes to question his own role and responsibilities in this tragedy sweeping through the center of the country.

Aimée de Jongh is an award-winning comics author and animator from the Netherlands. She studied animation in Rotterdam, Ghent, and Paris. After graduating, she was asked to create a daily comic series for a Dutch national newspaper. This marked the start of a successful international career. The Return of the Honey Buzzard, her first graphic novel, won the Prix Saint-Michel for best Dutch graphic novel and was made into a film in 2017. Her following books, Blossoms in Autumn and Taxi!, were translated worldwide and won awards in the Netherlands, Belgium, Germany, and Japan. De Jongh also worked as a graphic journalist in the refugee camps in Greece. Her interest in travel, ecology, and journalism has resulted in the historical graphic novel Days of Sand, her biggest project to date. When she’s not drawing comics, de Jongh works in animation as a storyboarder and director.