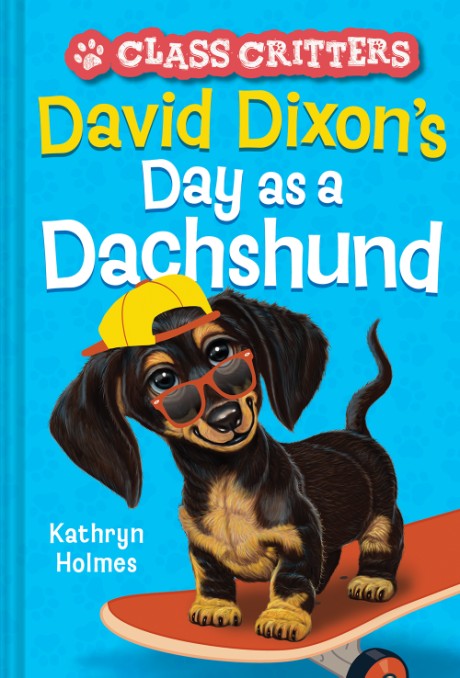 When Mrs. Norrell invites her students to bring something they love from home for show and tell, David Dixon sneaks in his new dachshund puppy, Bandit. But during the presentation, the puppy escapes. By the time David rushes into the hallway, his mischievous puppy has vanished. Mrs. Norrell launches a formal search, but David is an “act first, worry about the consequences later” kind of kid. Without stopping to think or tell anyone what he’s doing, David races off into the school building by himself to find Bandit. As he runs away from Mrs. Norrell’s classroom, David turns into a dachshund!

At first, he’s delighted by the transformation and even tracks down Bandit. He and Bandit are able to do whatever they want as dogs—eat the day’s lunch, jump in the suds-filled sink, and run around on the playground. But he doesn’t want to be a dog forever!

In this new chapter book series, Mrs. Norrell’s second-grade classroom has magic that allows kids to transform into animals to learn important life lessons. Each book will follow a different kid and their animal transformation, and will include fun natural science facts about the featured animal in the back matter.

Kathryn Holmes grew up in Maryville, Tennessee, and now lives in Brooklyn, with her husband, daughter, and piles upon piles of books. A graduate of The New School’s MFA in creative writing program, Holmes works as a freelance dance journalist, among other writing gigs. She is the author of the young adult novels The Distance Between Lost and Found and How It Feels to Fly. Ariel Landy is an illustrator and educator from New York City. She began writing and illustrating stories as soon as she could hold a pencil, and she never stopped. Landy currently lives in France with her husband and their dog, Sid.