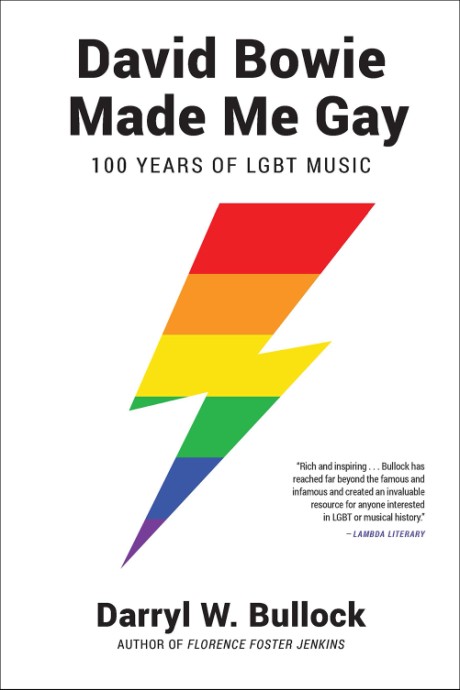 David Bowie Made Me Gay

The most “sweeping” and “comprehensive” (Kirkus Reviews, “Best Nonfiction Books of 2017”) history of LGBT music ever compiled, encompassing a century of music by and for the LGBT community

From Sia to Elton John, from Billie Holiday to David Bowie, LGBT musicians have changed the course of modern music. But before their music—and the messages behind it—gained understanding and a place in the mainstream, how did the queer musicians of yesteryear fight to build foundations for those who would follow them? David Bowie Made Me Gay is the first book to cover the breadth of history of recorded music by and for the LGBT community.

Darryl W. Bullock reveals the stories of both famous and lesser-known LGBT musicians, whose perseverance against the threat of persecution during decades of political and historical turmoil—including two world wars, Stonewall, and the AIDS crisis—has led to some of the most significant and soul-searching music of the last century. Bullock chronicles these struggles through new interviews and archival reports, dating from the birth of jazz in the red-light district of New Orleans, through the rock ‘n’ roll years, Swinging Sixties, and disco days of the ’70s, right up to modern pop, electronica, and reggae. An entertaining treasure-trove of untold history for all music lovers, David Bowie Made Me Gay is an inspiring, nostalgic, and provocative story of right to be heard and the need to keep the fight for equality in the spotlight.