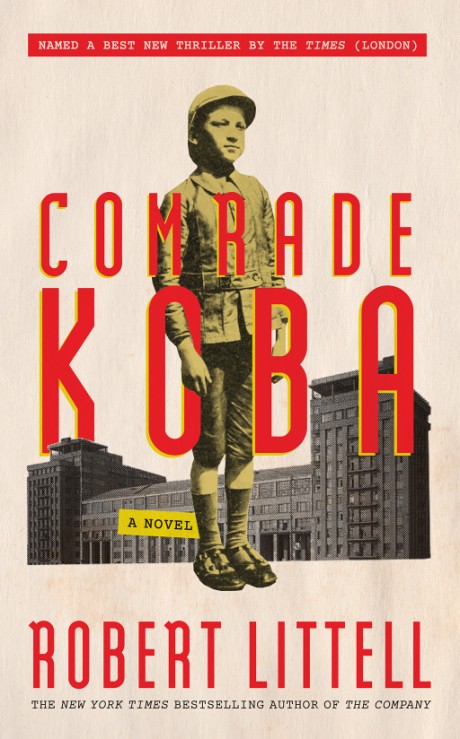 After the sudden death of his nuclear physicist father and the arrest of his mother during the Stalinist purge of Jewish doctors, young Leon Rozental—intellectually precocious and possessing a disarming candor—is hiding from the NKVD in the secret rooms of the House on the Embankment, a large building in Moscow where many Soviet officials and apparatchiks live and work. One day after following a passageway, Leon meets Koba, an old man whose apartment is protected by several guards. Koba is a high-ranking Soviet officer with troubling insight into the thoughts and machinations of Comrade Stalin.

Through encounters between a naive boy and a paranoid tyrant, Robert Littell creates in Comrade Koba a nuanced portrayal of the Soviet dictator, showing his human side and his simultaneous total disregard for and ignorance of the suffering he inflicted on the Russian people. The charm and spontaneity of young Leon make him an irresistible character—and not unlike Holden Caulfield, whom he admits to identifying with—caught in the spider’s web of the story woven by this enigmatic old man.

“In this short but compelling novel, Littell uses the interplay between a disarmingly discerning if naive boy and a tortured, self-justifying dictator to expose a tragic slice of muddled humanity behind the gray monolith of Stalinist Russia.”
— Booklist

"...a capstone to Littell’s career, his decades-long quest to understand the origins of the Cold War, the nature of spying, and his own reckoning with Jewish identity and assimilation."
— InsideHook

Robert Littell is the author of 19 highly acclaimed novels, many about the Cold War and the Soviet Union, including his masterwork, the New York Times bestseller The Company. An American born in Brooklyn, he now lives in France.