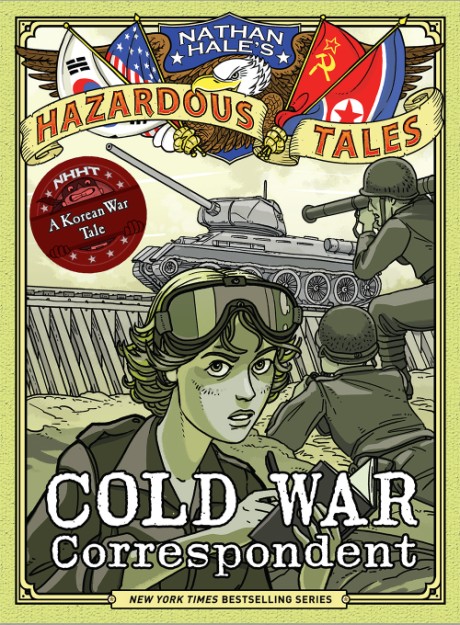 In 1950, Marguerite Higgins (1920–1966) was made bureau chief of the Far East Asia desk for the New York Herald Tribune. Tensions were high on the Korean peninsula, where a border drawn after WWII split the country into North and South. When the North Korean army crossed the border with Soviet tanks, it was war. Marguerite was there when the Communists captured Seoul. She fled with the refugees heading south, but when the bridges were blown over the Han River, she was trapped in enemy territory. Her eyewitness account of the invasion was a newspaper smash hit. She risked her life in one dangerous situation after another––all for the sake of good story. Then she was told that women didn’t belong on the frontlines. The United States Army officially ordered her out of Korea. She appealed to General Douglas MacArthur, and he personally lifted the ban on female war correspondents, which allowed her the chance to report on many of the major events of the Korean War.

"Beyond Higgins’ personal, gripping story, Hale coherently and accurately conveys the factors that led to the Korean War, the political gambling by the U.S. and the Soviet Union, and battle strategies. . .Exciting reportorial derring-do."
Kirkus Reviews —