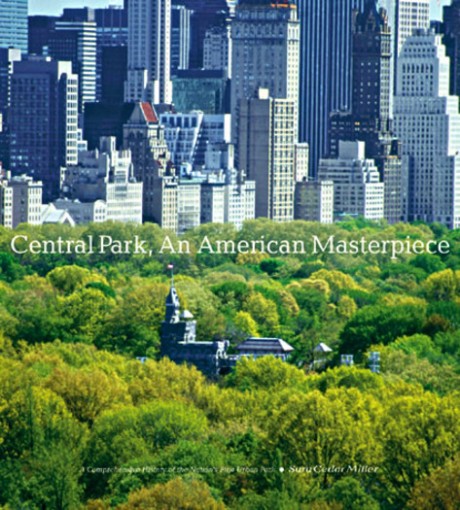 A Comprehensive History of the Nation's First Urban Park

Every New York City tour bus stops at Strawberry Fields; countless movies have been filmed at Bethesda Terrace; and concerts from the Great Lawn are broadcast throughout the nation. These places are all part of Central Park, America's first public park and a paragon of 19th-century landscape design. Marking the park's 150th anniversary, this first definitive history celebrates the splendor and significance of this national treasure. Sara Cedar Miller, the official historian and photographer for the Central Park Conservancy, draws on extensive research to tell the captivating story of the park's creation, placing it in the context of 19th-century American art and social history and illuminating the roles of its designers Frederick Law Olmsted and Calvert Vaux and their associate Jacob Wrey Mould. Fascinating period views and original plans and drawings, many previously unpublished, are complemented by Miller's breathtaking new photographs, which reveal the restored park in all its glory.

Sara Cedar Miller has been the photographer for the Central Park Conservancy since 1984 and its official historian since 1989. Her photographs have been published in books and periodicals around the world. Miller lectures extensively on the history of Central Park and serves as a park spokesperson on radio and television. She received an M.A. in art history from Hunter College and an M.F.A. in photography from Pratt Institute. Miller lives in Park Slope, Brooklyn.