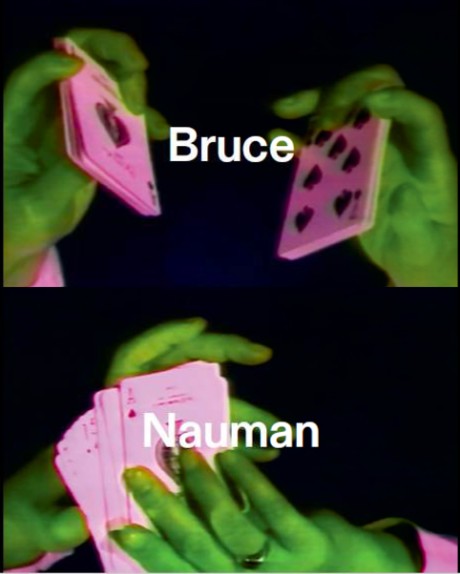 Accompanying a momentous exhibition at Tate Modern, this richly illustrated book reveals Nauman as a trailblazing artist in both the 20th and 21st centuries

Since the late 1960s, Bruce Nauman has established a completely new understanding of contemporary art and has been acknowledged as one of the most relevant artists of the 20th century. Both the last modern artist and—because of his ceaseless experimental approach to new media—the very first contemporary artist, Nauman has been noted for his landmark conceptual approach against which much of today’s contemporary art can be measured. Focusing in particular on his experiments with sound, the moving image, and immersive installations, this book comprises texts on Nauman’s video works of the 1980s and 1990s, as well as on his studio practice and more recent work, along with a conversation between the artist and Andrea Lissoni and Nicholas Serota. Accompanying a momentous exhibition at Tate Modern, this richly illustrated book reveals Nauman as an artist who has uniquely blazed a trail in both the 20th and 21st centuries.