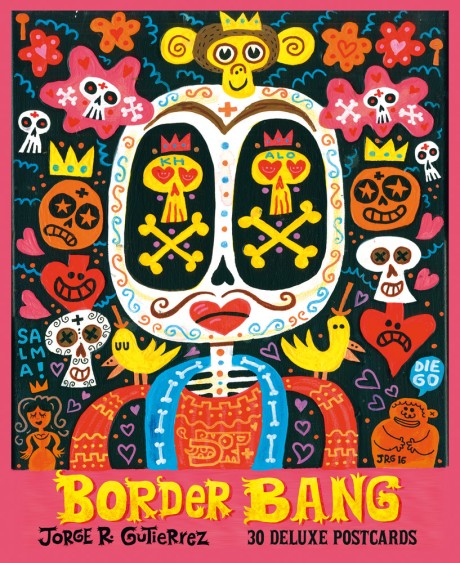 The acclaimed director of The Book of Life returns with thirty collectible postcards celebrating the mix between American pop culture and Mexican folklore.

Jorge R. Gutiérrez is an Emmy Award winning animator, painter, writer and director born in Mexico City and raised in Tijuana. Gutierrez, a CalArts BFA & MFA grad, is famous for his films, cartoons, and paintings inspired by his deep love for Mexican pop and folk culture. He and his wife Sandra Equihua created the multiple Emmy award-winning animated television series, El Tigre, The Adventures of Manny Rivera for Nickelodeon. In 2014 Gutierrez co-wrote and directed the Golden Globe nominated film The Book of Life produced by Guillermo del Toro for 20th Century Fox. Most recently he directed the Emmy nominated VR short "Son of Jaguar" for Google Spotlight Stories.